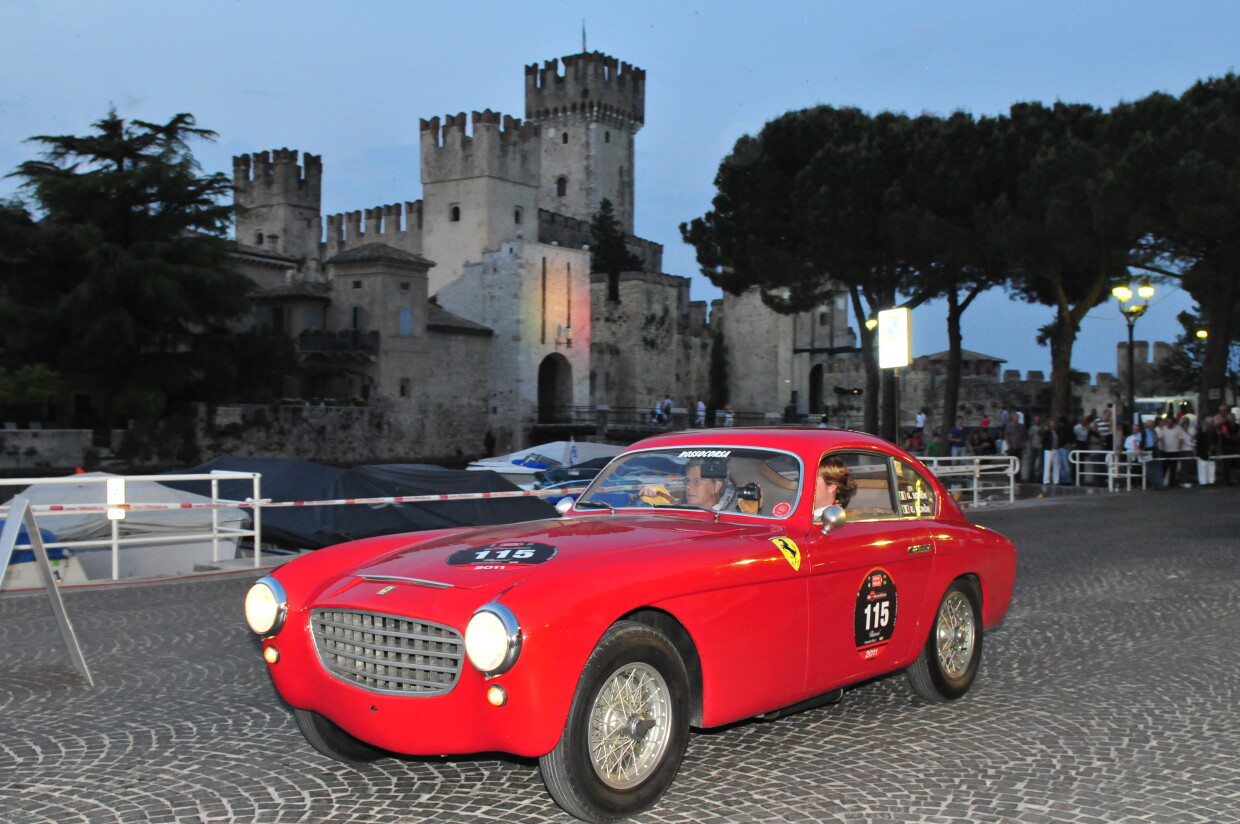 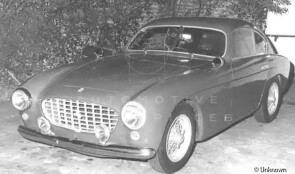 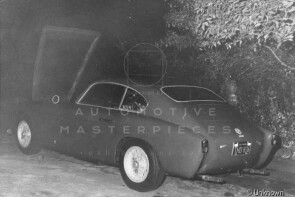 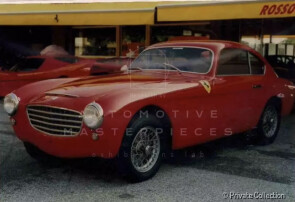 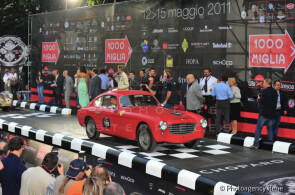 Share on
Owner Private collection
This is the first of only six examples of Ferrari 166 Inter Coupé bodied by Vignale on Michelotti design. 166 Inter was considered Ferrari's first true "granturismo".

The Ferrari 166 - the number assigned to a Ferrari model traditionally corresponds to the capacity of each individual cylinder - was the direct evolution of the first 125 (fitted with a 60° V12) from 1947. Ferrari 166 Inter was Ferrari's first true "granturismo". An evolution of the 125 S and 166 S racing cars, it was a sports car for the street with coachbuilt bodies. The Inter name commemorated the victories claimed in 166 S models by Scuderia Inter. It was produced between 1948 and 1953, with the series comprising just 37 examples, which carried chassis numbers in the odd-number Ferrari road-car sequence between 007 S and 0079 S. All 166s sat on a dedicated chassis designed by Ferrari but produced by specialized Gilco in Italy. The 166 Inter shared its Aurelio Lampredi-designed tube frame and double wishbone/live axle suspension and 2420 mm wheelbase with the 125 S and 166 S. At the 1948 Turin Motor Show, Ferrari displayed two cars, the 166 Mille Miglia Barchetta and the 166 Inter Coupe.
It was an elegant coupe designed by Carrozzeria Touring of Milan. Customer sales soon started, with 166 Inter models becoming the first Ferraris to be purchased for the road rather than the race track. As was typical at the time, a bare chassis was delivered to the coachbuilder of the customer's choice. Many used Touring, but Ghia's one-off Boano coupe was more daring. Others were built by Stabilimenti Farina. Vignale also joined in, presaging their designs of the coming decade, and two cabriolets created by Pinin Farina and Bertone foreshadowed those companies' later involvement with Ferrari. The 2.0 L Gioacchino Colombo-designed V12 engine from the 166 S remained, as did its chassis, though the wheelbase would eventually grow from 2420 mm (95 in) to 2500 mm (98 in). Output was 110 to 140 hp (82 to 104 kW) at 6,000 rpm with one to three carburetors.

This is the first of only six Ferrari 166 Inter Coupé Vignale bodied. All Vignale Ferrari's consist of very many body-panels that form themselves to the Ferrari-chassis that is underneath it. Almost all designs originate from Giovanni Michelotti and were built in aluminium. The designer Michelotti worked closely with Alfredo Vignale, one of the newest coachbuilders in Turin; the pair had worked together at Stabilimenti Farina.