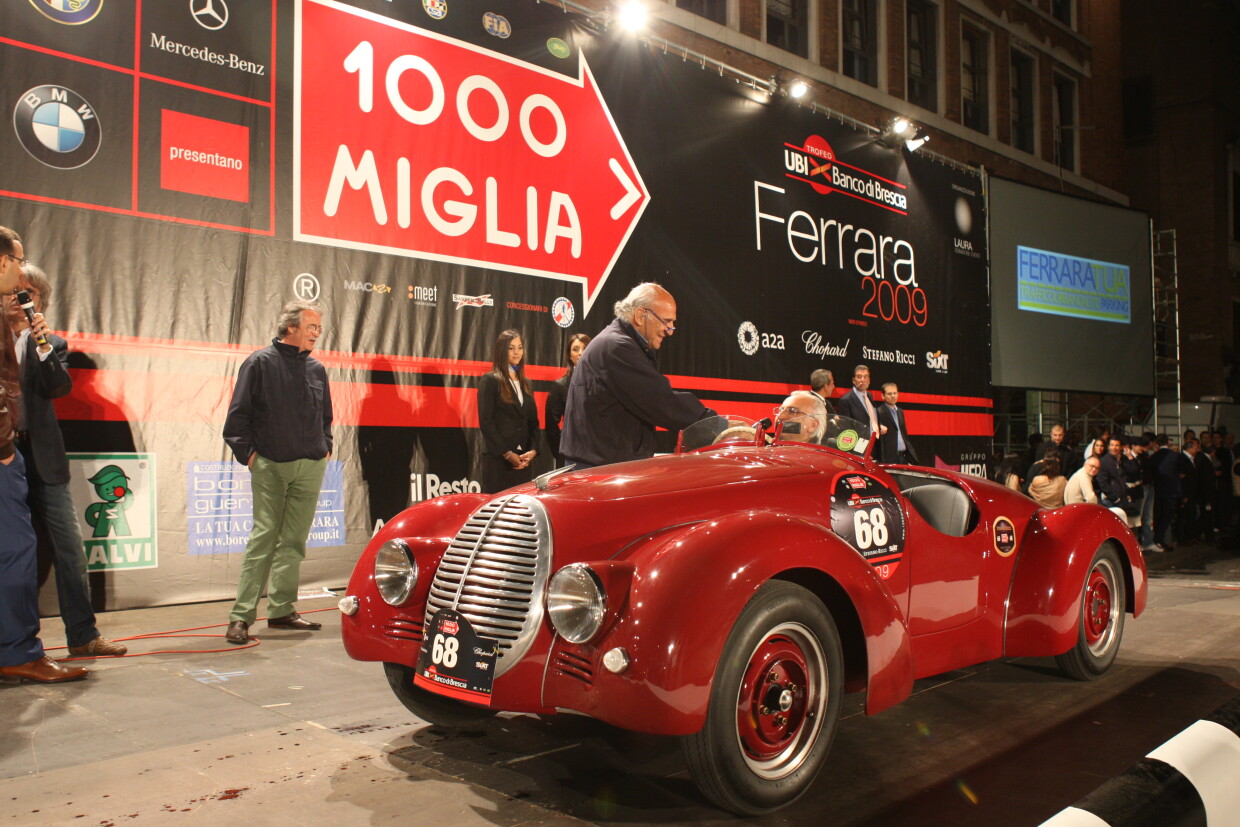 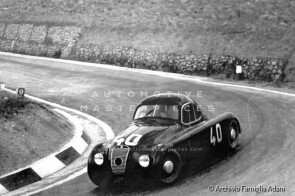 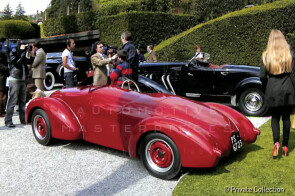 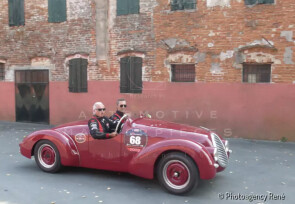 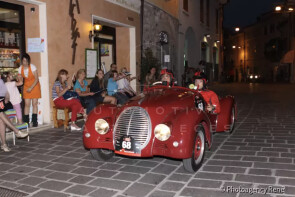 Share on
Owner Private collection
A one-off Aprilia. Prepared by Pagani, born with an aerodynamic body and later transformed into a spider, it ran with both bodies including three Mille Miglia.

The Lancia Aprilia (1937–1949) was a revolutionary car, one of the first designed using wind tunnel in collaboration with Battista Farina and Politecnico di Torino, achieving a record low drag coefficient of 0.47. The berlinetta aerodinamica was first shown in 1936. Production commenced in February 1937, the month in which the firm's founder died: this was the last of Vincenzo Lancia's designs, featuring four pillarless doors. The first series (mod. 238, 10,354 units, 1937–39) featured a 1,352 cc V4 motor providing 47 bhp (35 kW). The second series (mod. 438, 9,728 units, 1939–49) had its engine capacity increased to 1,486 cc, which provided 48 bhp (36 kW). With the Aprilia Lancia followed their tradition of offering cars with the steering wheel on the right even in markets seen by other manufacturers as left hand drive markets.

The chassis 39-2849 born as “berlina” on 28 April 1938 (engine 7586, gearbox 7712, differential 8069). In 1938 began appearing in Italian races the first Lancia Aprilia prepared according to the regulations of the National Sports category. The debut was that of Luigi Villoresi who won the Mille Miglia with a spider Zagato. Lorenzo Cantoni acquired this Lancia Aprilia in February 1939. At 6 Ore di Pescara (VI Targa Abruzzo) appeared three cars, one was this aerodynamic berlinetta coach-built by Viotti and prepared by Pagani for Ambrosiana team with a special head and twin carburettors. It was crewed by Cantoni - Agosti and was first in his class and 2nd overall. In the mechanical workshop of Luigi Pagani in Piazza Castello 6 in Milan, at the same address of the Lancia Dealership Eugenio Minetti, were prepared many of the Aprilia Sport engines from late thirties. Pagani had in fact patented a special light alloy head in which there were two inlet ducts on both sides, by feeding the four cylinders with separate ducts and of equal length. The car with the aerodynamic shape of Viotti had a bonnet with two bosses to make room for two carburetors arranged on the two opposite sides of the engine. Transferred by the heirs of Cantoni to Agosti, he ran the Circuito dell’Impero 1939, the Mille Miglia of 1940 and the Circuito di Modena in 1946. This time the car ran with a new open body. At that time the car's mechanics was followed by Benelli of Pesaro and is believed also followed the transformation of the body. In 1947, the new owner, Enrico Adanti, presented it with a new livery and participated, paired with Spadoni, the Mille Miglia of 1948.