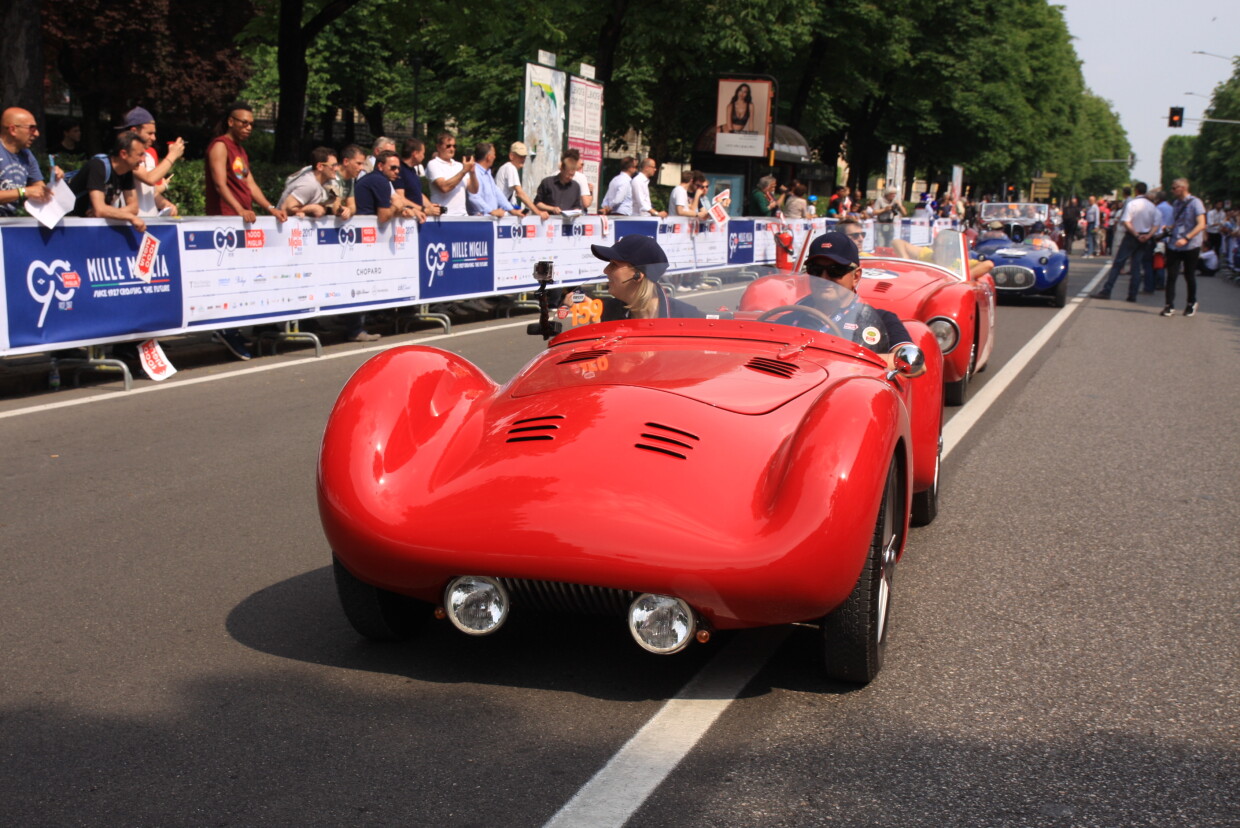 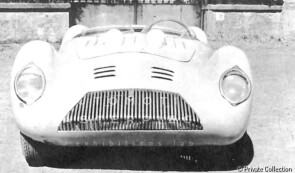 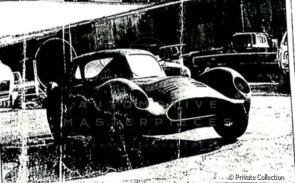 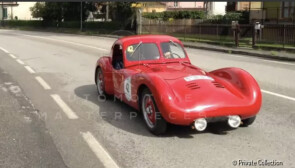 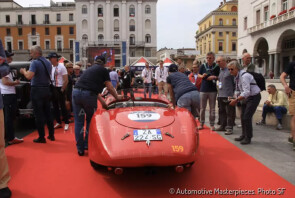 This sports-racing car is absolutely typical of Italy's entirely charming and engaging Fiat-based racing specials that were produced in very considerable quantity both before and after the Second World War. In relative terms the Italian motor sporting community was huge during the 1930s and '40s, including numerous small-time motor engineers, garage owners and simply enthusiastic amateur special-builders. In the contemporary Fiat 750 and 1100 cc production passenger cars they had a readily available and affordable reservoir of chassis, running gear, engine and transmission parts with which to weave their craftsman magic. The Fiat 1100 engine was particularly responsive to relatively simple modification and tuning, while some specialists actually went far beyond that, even to the extent of casting special cylinder heads and sometimes blocks to accept Fiat internals.

This particular car was based upon a pre-war Fiat chassis and running gear that had, perhaps, first been modified for competition use before Italy entered the global conflict in 1940. It is believed that the car was created by Nino Rovelli, a Milan Polytechnic graduate who raced in a modified BMW 328. He owned a mechanic workshop, had connections with several manufactures and coachbuilders and became in the following years a petrochemicals magnate. The engine was the pre-war updated power plant displacing 1,089cc, which appeared in 1937 and powered the Mille Miglia-winning 508 C MM of 1938. To distinguish the revised-engine models from their predecessors, the 508 became the 508 C or Balilla 1100. The original aluminum head with overhead valves producing 32hp in standard version was changed with Testadoro head. Testadoro was the name of a proprietary cylinder head for the Fiat 500 and 1100, designed by former Scuderia Ferrari engineer Arnaldo Roselli, who had designed the famous Scuderia Ferrari’s Alfa Romeo Bi-motore in the mid-thirties. The name Testadoro was justified by the fact that the head was cast in bronze. The Testadoro cylinder head was made and distributed by a Turin specialist, GR - La Casa dell’Auto and it proved popular with road going Topolino and sports cars owners. The partner of Roselli in the firm, Giorgio Giusti, decided to publicize the product by building also some sports cars. Postwar, the mighty Mille Miglia road race was revived for the first time in 1947, and its announcement by the organizing Brescia club was received with tremendous excitement and anticipation by all of Italy's special builders. This car was specially bodied in a most ingenious manner by Carrozzeria Castagna, and it was equipped with a detachable coupe hardtop which - when removed - leaves an open-cockpit spider two-seater of exceedingly attractive appearance. In 1952 the car was exported to the USA and looked with a different front, the Fiat badge and different headlights. The shape of the car changed a second time before being restored to the original shape in the 2000s.