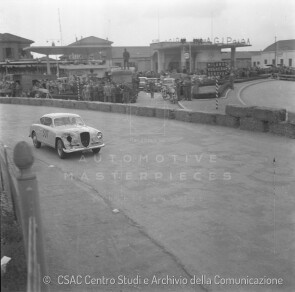 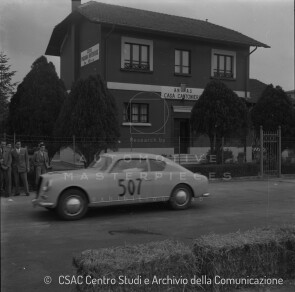 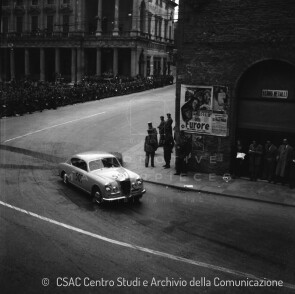 The post-war period brought a desire, we could say a hunger for renewal. Everything that suggested the past, before the war, needed to be forgotten or overcome. Cars were the "first" vehicle of this renewal. In practice and in dreams. Since its initial appearance, the Aurelia caused a sensation, also because, together with its contemporary Fiat 1400, it represented the first truly new "Italian" automotive product of the post-war period. The B20 coupe version is its pinnacle.

Lancia’s first post-war car, the revolutionary Aurelia designed by Vittorio Jano appeared in 1950. Its combination of the first V6 production engine, a 60° design developed by Francesco de Virgilio, with a balanced transaxle gearbox and inboard rear brakes were revelations in post-war Europe. The Aurelia Gran Turismo was presented in 1951 as a coupé evolution (type B20) of the B10 saloon with an engine that, finally, was introduced with a displacement at the class limit.

This was the result of the new policy imposed throughout the company by Gianni Lancia, who had taken over from his mother in 1947. The Aurelia engine had been increased to 1,991cc in 1951 and in this uprated form went into the B20. Lighter and higher geared than the saloon, the B20 offered a top speed of over 160 km/h. Introduced in 1953, the 3rd and subsequent series B20s were powered by a 2,451cc, 118bhp version of the pushrod V6. The shape, designed by Mario Felice Boano and refined and built by Pinin Farina, became an instant classic for its smooth, clean lines and its competition prowess.

The car was immediately entered for the 1951 Mille Miglia and three "private" examples, of the four that were registered in the names of their drivers, finished in the first seven places overall and took the first three in class, with Bracco-Maglioli finishing second, beaten only by Villoresi's Ferrari which had over twice the displacement of the Lancia. Bracco, partnered by Lurani, was then 12thoverall in the Le Mans 24 Hour after driving his race car to the event from Italy. Lancia prepared seven "Corsa" versions of the car for 1952, six of which registered for the usual "privateers" and took not only 2nd, 3rdand 4thplace overall in the Giro di Sicilia, but finished the Mille Miglia in 3rd, 5th, 6thand 8thoverall, 1st, 2nd, 3rdin the Targa Florio, 4th, 6th, 8thand 9thin the Coppa d'Oro delle Dolomiti and, equipped with a supercharger, 4thin the Carrera Panamericana.

The Lancia Aurelia B20 GT berlinetta Pinin Farina, chassis no. *B20-1630* is a beautiful example of the "II series" from 1952, in black color with gorgeous red interiors,even if photos of the time show the car in the race with an originally pale colored livery. The Aurelia B20 appears to have been classified "by series" only in the first two editions with a 2-liter engine, while the production of the 2.5-liter engine has never been officially classified by "series", a subdivision that entered into common use for reasons of greater immediacy.

At the beginning of March 1952, on the occasion of the Geneva Motor Show, the second series appears. This new B20, which builds on the experiences made with the first races of 1951, has a modified distribution, a slightly increased compression ratio (from 8.4 to 8.8: 1), maximum engine torque unchanged but higher power (80 HP instead of 75). Slightly heavier (50 kg more) and faster (2 km/h more), the second series stands out externally essentially for the adoption of new steel bumpers without bolts, for the rear part of the bodywork where the so-called "codine" (small fin tails) and for the addition of a chrome profile under the doors. Overall, the car is 4 cm lower (136 instead of 140) and 1 cm longer (429 instead of 428). Inside, there is a new dashboard with two circular instruments, with rev-counter (the clock disappears). Chassis no. *B20-1630* was prepared for racing and took part in the 1953 Mille Miglia, with race number 507, driven by the racing driver and then owner Gustavo Richter, accompanied by Antonio Nicolai. The car,had a series of misadventures: on the Via Emilia, to avoid a cyclist, swerved violently hitting a wall, with considerable damage but, nevertheless it continued. The car will not reach the end of the race, however.The car has a short history of participation in sporting events between 1953 and 1954. In 1953 it took part in the VII Volante d'Argento, finishing 18thin class; in 1954 it took part in the III Rallye del Mare e dei Monti, finishing 3rdin class. Chassis no. *B20-1630*it has been owned, in recent years (2012-2014), by the well-known stylist Stefano Ricci.