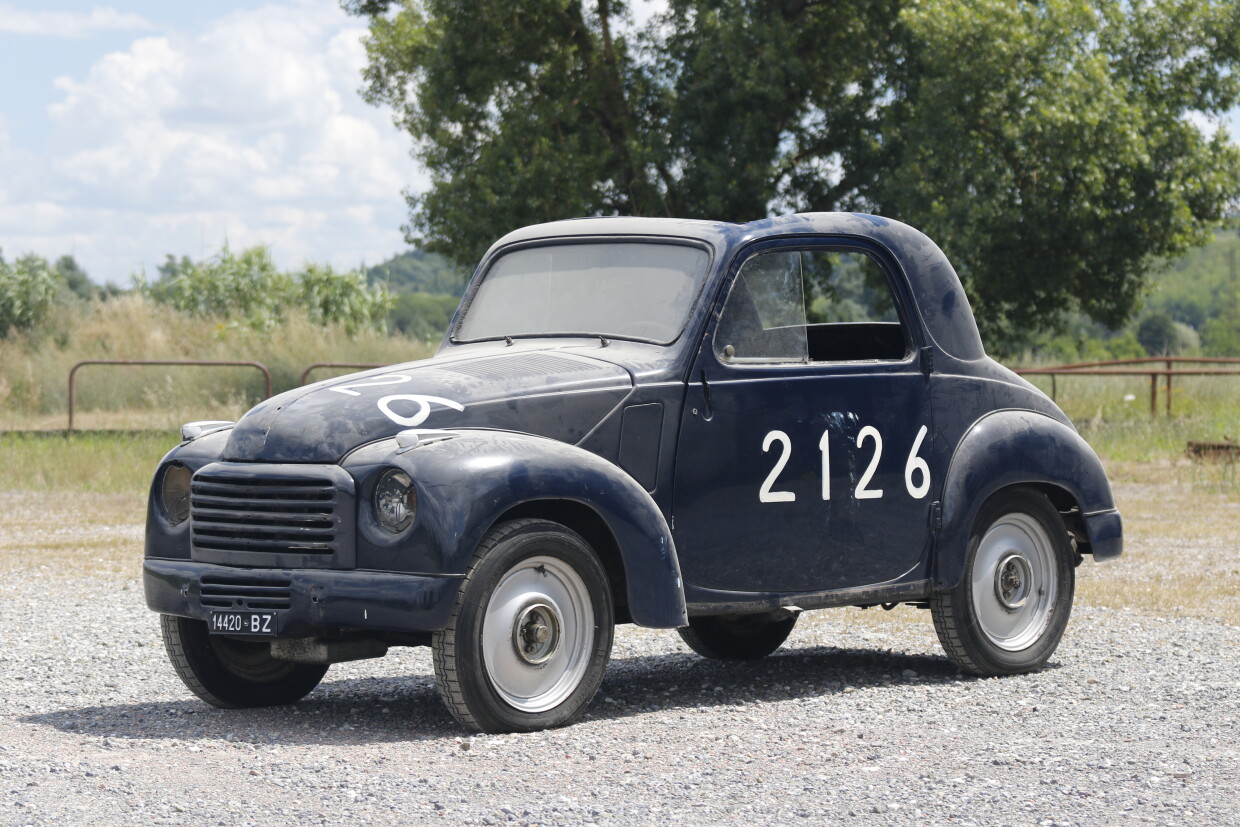 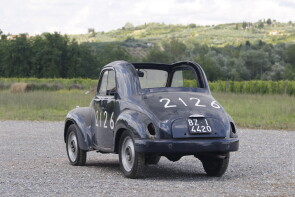 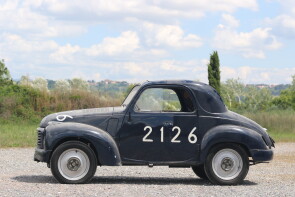 The 1950 Fiat 500 C, chassis no. 222313, raced the 1954 Mille Miglia, with Bolzano plates (BZ14420) with entry number 2126 (starting time 21:26) driven by, its then owner Delo Fravolini, and with Carlo Moser as co-driver. The car was entered in the " Vetture da Turismo di Serie Speciali" category. Photos and official documents attest to the participation. The chassis no. 222313 was carefully and extensively prepared for the 1954 Mille Miglia; the engine was deeply modified and similar attention was paid to the chassis, set-up, transmission and brakes. After several owners, the car remained in the same hands from the mid-70s (receiving its current Venice plate) to the mid-2000s. Painted blue, it is partially dismantled and is in need of a complete restoration. Although over the years we have become accustomed to seeing cars of the highest lineage and power in re-enactments, it should be remembered that the Mille Miglia saw dozens of Fiat 500 Cs entered by many enthusiasts who could, with this vehicle, run on limited budgets. So, it is interesting that, recently, enthusiasts are increasingly taking Topolino back to racing (with the Mille Miglia on the front line), a car that is always well received and loved by the public.