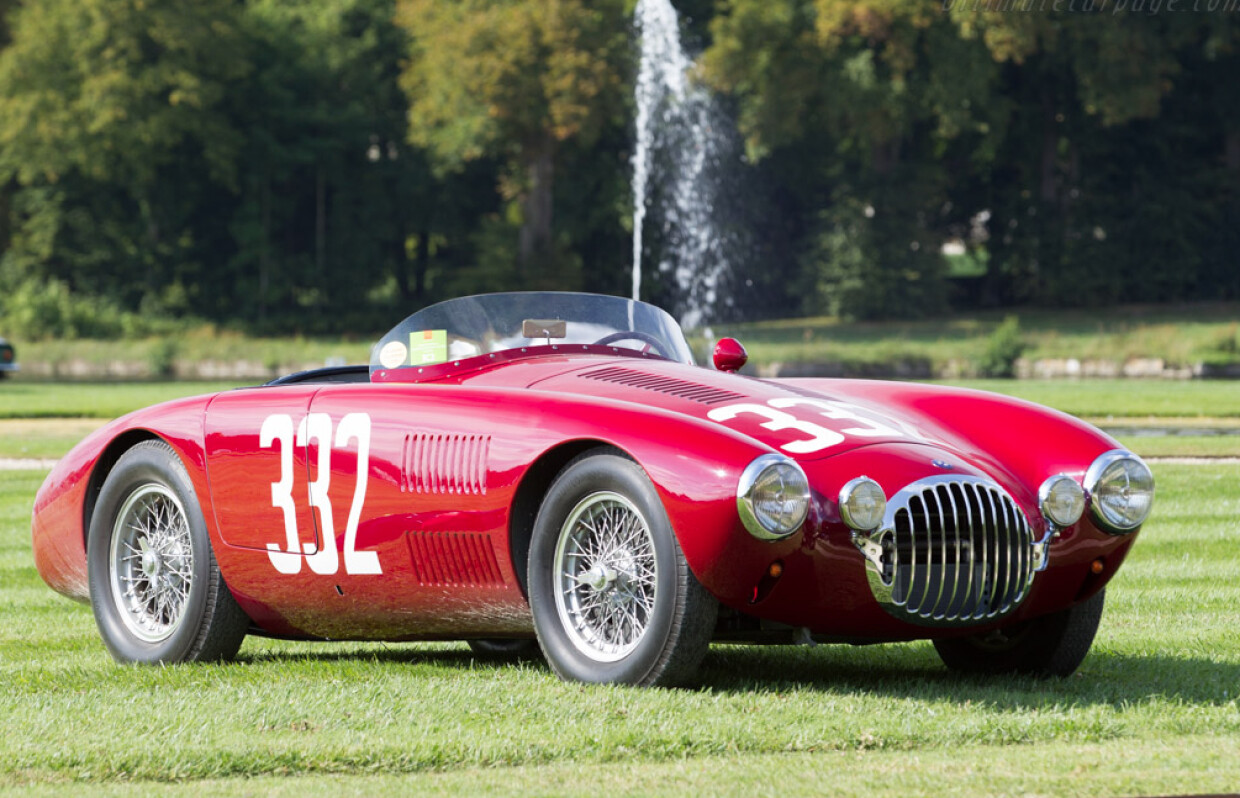 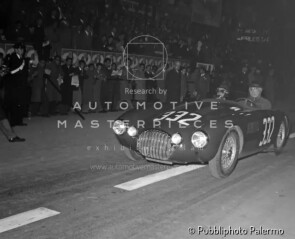 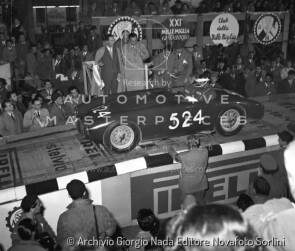 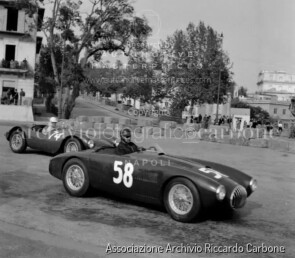 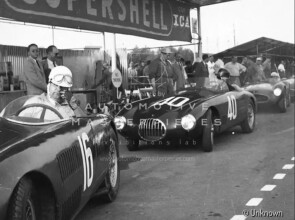 Share on
Owner Private collection
2nd of three new 2000S chassis built. Ran the Giro di Sicilia and the Mille Miglia. In the U.S. it ran the Pikes Peak. Restored with a one-off 2.5 liter engine.

When the Maserati brothers left their firm to form O.S.C.A. in 1947, they started with a four-cylinder engine, appealing to a wider range of customers. Powering small sports cars, the compact 'four' was hugely successful but the idea of a larger, straight-six engine was always in Ernesto Maserati's head. The opportunity came in 1952 and 1953 when a lack of Formula 1 entrants prompted organizers to run the World Championship under the Formula 2 regulations. This encouraged Ernesto Maserati to design an all-new O.S.C.A. F2 car around a two-liter, straight six engine. Conventional in its design, the new O.S.C.A. struggled both seasons against. Two cars were built, the first going to Elie Bayol and the second car to veteran Louis Chiron. These independents regularly achieved top-six finishes against the Works teams, the dominant Ferraris included. To recover part of the considerable resources spent in the F2 car, O.S.C.A. turned the two examples into sports racers, available to customers at the beginning of the 1954 season. In addition to the existing chassis, O.S.C.A. built three other examples of what would be known as the 2000S. The six-cylinder engine, with three Weber carburettors, was rated around 150 hp. The rear-end was a sophisticated transaxle, with a 5-speed gearbox fitted together with the final drive. The structure was a tubular frame with double-wishbone suspension at the front and De Dion rear axle. Frua and Morelli were the coach-builders of choice, as for the smaller MT 4, and each clothed two examples with spider bodies. The lines, quite possibly penned by Ernesto Maserati himself, were very similar to those of the MT4s. The 2000S was priced around Lit. 6,500,000; about a 50% more than the MT4 1500. During the 1954 season, the 2000S appeared in some of the most prestigious events, including the Tour de France and the Mille Miglia but struggled as they faced Ferrari's great four-cylinder engined machines. Following a season with mixed results, almost all two-liter cars crossed the Atlantic for North America and Argentina. Later on, O.S.C.A. focused on their more successful and paying four-cylinder models. It is believed that all the five cars built have survived, one in its original Formula 2 shape and the other four fitted with sports car bodies.

Chassis 2004 is the 2nd of the three new 2000S chassis built ahead of the 1954 season, bodied by Frua as a spider. Fitted with the only twin-spark engine, it was raced extensively that season by its original owner Luigi Piotti in, among others, the Giro di Sicilia and the Mille Miglia. At the end of the year, the car was sold to the United States, acquired by John Mecom of Mecom Racing Team in Texas. Raced by the following owner, Roy Cherryhomes in several events, it was then acquired by the Hall brothers: Chuck, Dick and Jim, later famous for the Chaparral. Having pushed the O.S.C.A. engine over the limit and also for experimental purpose, their engineer, Gary Knutson installed in the car a small-block Chevrolet V8 equipped with Rochester fuel injection and a Mc Culloch supercharger. This way, the car was raced into the 1960s and even appeared in the Pikes Peak Hill Climb, holding a record. During the late 1970s, the car was acquired by the car-enthusiast John Robson in South Carolina, a restorer more than a racer. He tried to find the original, rare O.S.C.A. six-cylinder. He failed but got in touch with Alfieri Maserati, Ernesto’s son, who suggested and then supplied Robson with an experimental 2.5-litre six-cylinder engine, a rare double ignition too (so absolutely similar to the original) built in 1954 for use in Formula 1 but never fitted to a car before. The engine N°2501, found in a Caproni hangar near Milano, where it was stored and maintained after the O.S.C.A. closed down, was a slightly larger version of the original six-cylinder engine and rated around 200 hp. Among the following owners was the famous collector Lord Charles Brocket, but the car did escape the fate of some of his cars following the bankruptcy. In the ownership of Abba Kogan, it was completely restored during the early 2000s. Following an unsuccessful attempt to sell the car at auction in 2007, it came in the hands a few years later of its current, German owner. Not happy with the result of the relatively recent restoration, he decided to restore the car once more. Lots of things done in the car’s past were historically wrong. Parts that cannot be found were carefully reconstructed, again with the help of Dr. Alfieri Maserati. Many of the original panels discarded earlier were refitted and the car was re-finished in a period correct deep red with the Giro di Sicilia start numbers.