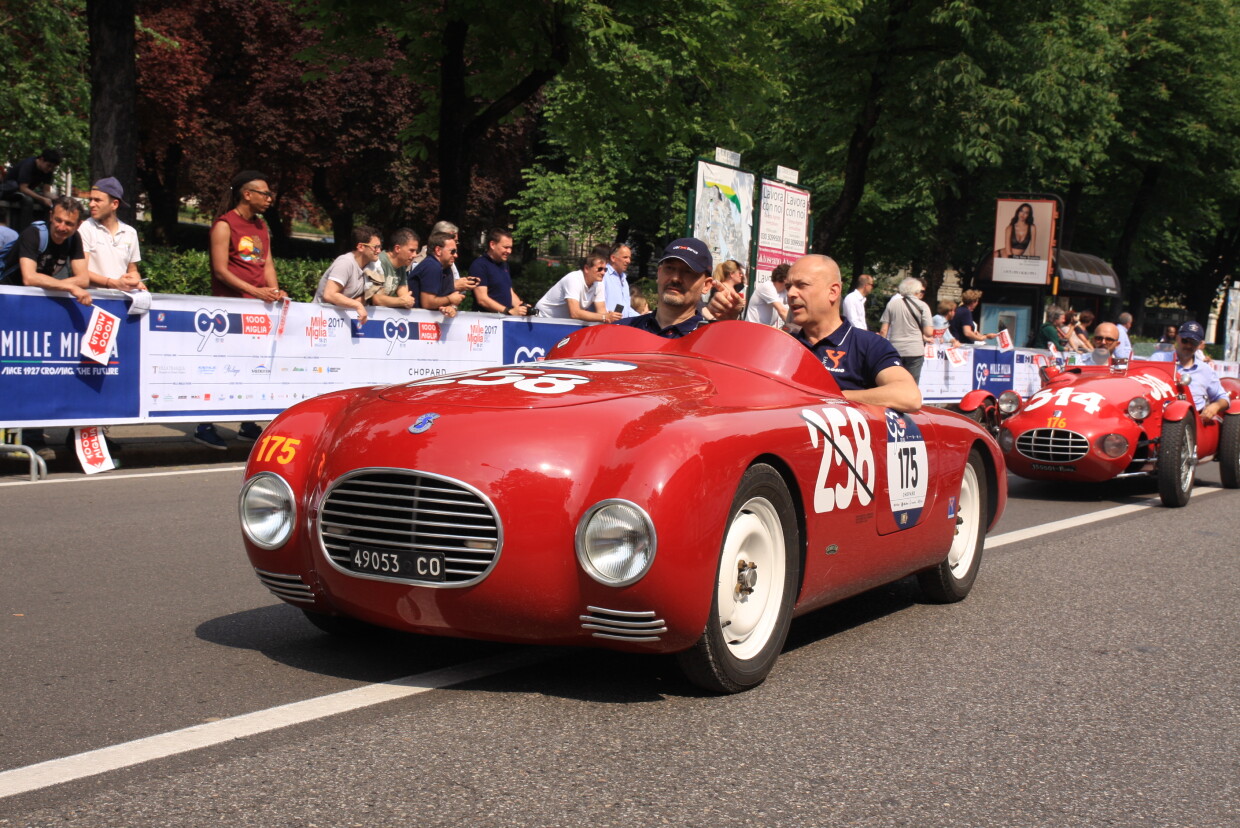 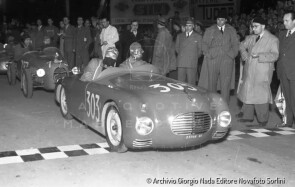 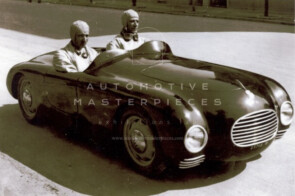 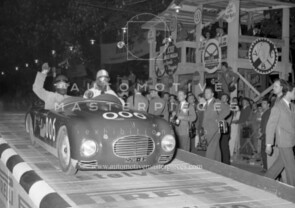 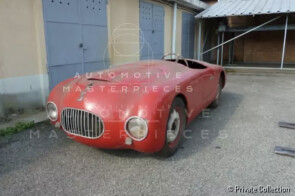 Share on
Owner Private collection
One-off. Built in 1948 by the motorcycle racer Fenocchio. Siata 750 engine on a Fiat Chassis with a barchetta shape. It raced 1948, 1949 and 1955 Mille Miglia.

The S.I.A.T.A. Fiat 750 is a highly representative car of the era, it is the result of the merging of ingenuity and enthusiasm despite difficulties. All Siata Fiat are somehow a “galaxy” of handmade cars, garage-built around a small yet powerful heart: the Fiat derived Siata engine. There is a story to tell to understand what happened: it all starts with the Topolino Fiat, before, and a little later with the new rules for the Sport Nazionale category, in 1938. This is a story really close to the great history. Everywhere in Europe at the time, the head of the nations, regardless of ideologies, focused the need for a car for the masses: an economic car, essential but effective. Like the Volkswagen in Germany and, later, the Citroën 2CV in France. In Italy this idea brought to the Fiat 500, nicknamed by popular acclaim, the Topolino. At the same time, in Italy late ‘30s, the costs increased due to the Ethiopian war and consequent sanctions, leading to the impossibility of renewing in a financially acceptable way the “sports” made up of supercharged cars, now obsolete. It was therefore proposed to set up a category (called “Turismo”, then “Sport Nazionale” from 1938) with cars derived mainly from the series. The rules were quite strict before the war, to become progressively more permissive in the post-war period. The most widespread Italian production series cars were the main basis, as the Fiat 500 Topolino was. S.I.A.T.A., founded by Giorgio Ambrosini in Torino, 1926, was skilled in tuning Fiat cars and suddenly created special parts for the Topolino 569cc engine, over-bored to the 750cc limit, beginning with an OHV (Over Head Valve) head. Siata almost doubled the original horsepower. The Siata cars’ chassis was basically the one of the original Fiat, special and modified parts were everywhere, bodies were shaped with aerodynamics efforts, from (literally) cutting the roof to create rounded, often Barchetta, shapes.

Siata Fiat Fenocchio 750 Spider Corsa it’s a one-off. It was built in 1948 in the garage of the Fenocchio family in Brescia. Starting with a Siata 750 engine on a Fiat 500B chassis, the mechanics was covered, it is believed by “Carrozzeria Bresciana”, with a rounded and low barchetta shape, tapered to the tail. The car received the office chassis number 133748. Domenico Fenocchio was a famous motorcycle italian racer of the era, three times motocross italian champion. His brother Mario tried but failed to finish the 1947 Mille Miglia, together with Bruno Facchetti. Then, the Fenocchio brothers wanted to try out in sports cars, so they built and raced the little revving Siata to the Mille Miglia in 1948 and in 1949 and in the hillclimb Como-Lieto Colle in 1948. The car was again at the Mille Miglia in 1955. Found around 2012, it underwent a complete restoration, scraped to the bare metal with a Carthusian work, the result of meticulous researches. Now has a new life as a tiny head-turner at the main historical events.