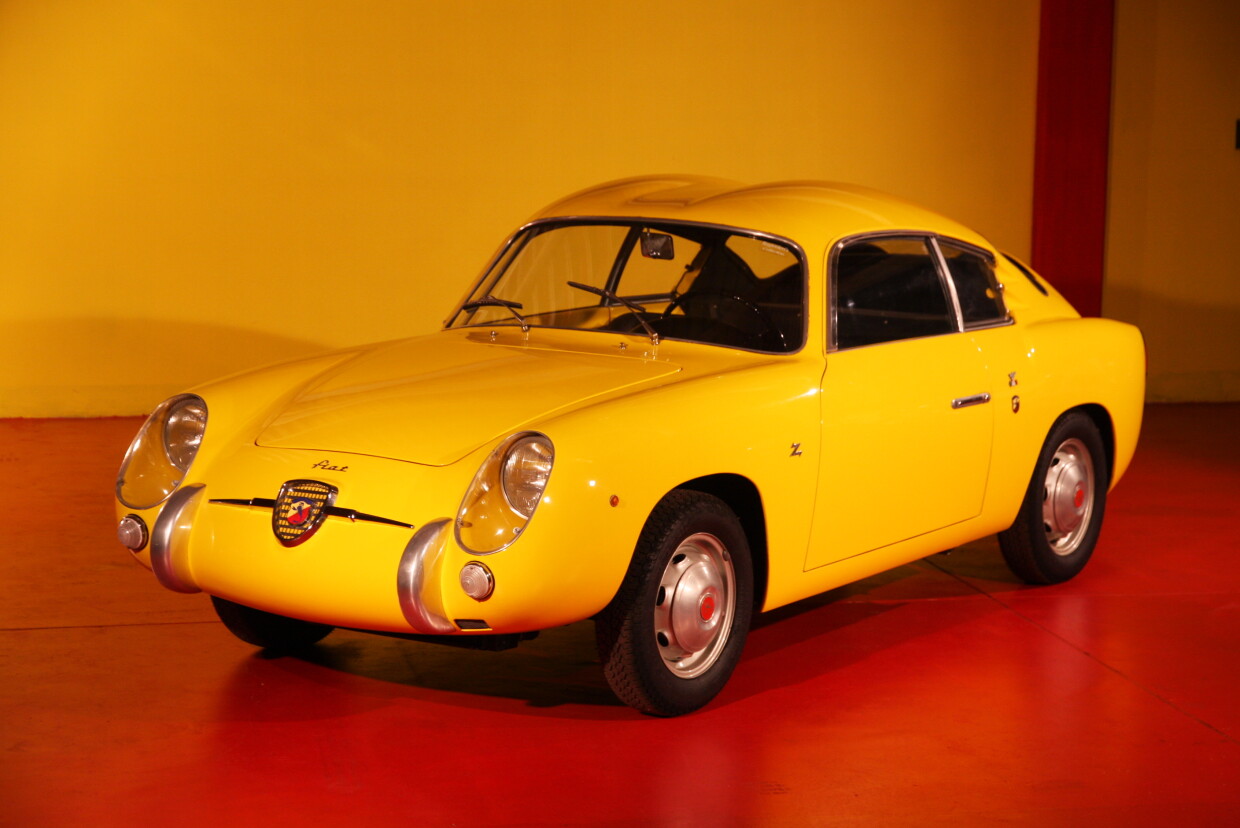 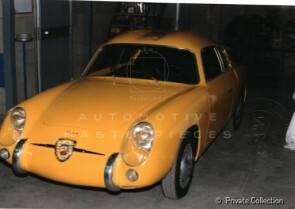 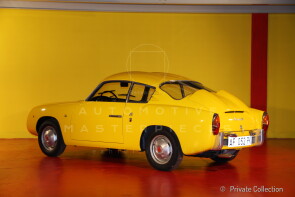 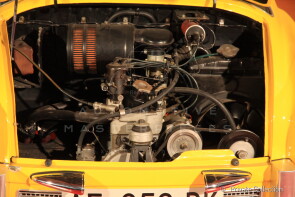 Share on
Owner Private collection
An U.S. version, imported by Roosevelt Automobile Company of Franklin Delano Roosevelt Jr. One of 100 built to homologate the car for the Gran Turismo category.

The production ‘Fiat Abarth 750 GT Zagato’ debuted at the 1956 Geneva Motor Show and the first cars were sold at the beginning of 1957. Most of the projects Abarth undertook were with Fiat vehicles and mechanical components. The results of the work were highly tuned engines, lightweight vehicle, and nimble handling. The cars dominated the smaller classes and often were quicker than the larger, more powerful competition in other classes. The 750 GT was the perfect entry level car for “Gentlemen Racers”, who could drive to the track, win their class and drive home, and it quickly became the core business of Abarth company. The original model was also offered in a more luxurious variant for export (called "America", as it was almost strictly meant for the United States) and a stripped down model with lower, uncovered headlamps and smaller taillights for the domestic Italian market. The "America" also has a different layout around the rear license plate. The all-aluminium bodywork has Zagato's famous "double-bubble" design and Abarth's tuned derivazione engine with 43 CV (32 kW). The 750 GT Bialbero model appeared at the 1958 Turin Show; along with various alterations to the bodywork it has the new twin-cam engine with 57 CV (42 kW) at 7000 rpm. The first series constituted 100 cars, enough to homologate the car for the Gran Turismo competition category.

The first owner of this very car and importer was probably the Roosevelt Automobile Company. It was run by Franklin Delano Roosevelt, Jr. (FDR Jr.) an American lawyer, politician, and businessman. He was the fifth child of President Franklin D. Roosevelt and First Lady Eleanor Roosevelt. He was a personal friend of Fiat chairman Gianni Agnelli. They were East Coast Importers for Fiat and would continue this by developing a relationship to run Abarth race cars also. As ever in the course of racing the idea was to encourage the old adage of "race on Sunday, sell on Monday", but Roosevelt Jr.'s thinking was a little further developed in that he believed "that Americans could sell a car better to Americans".