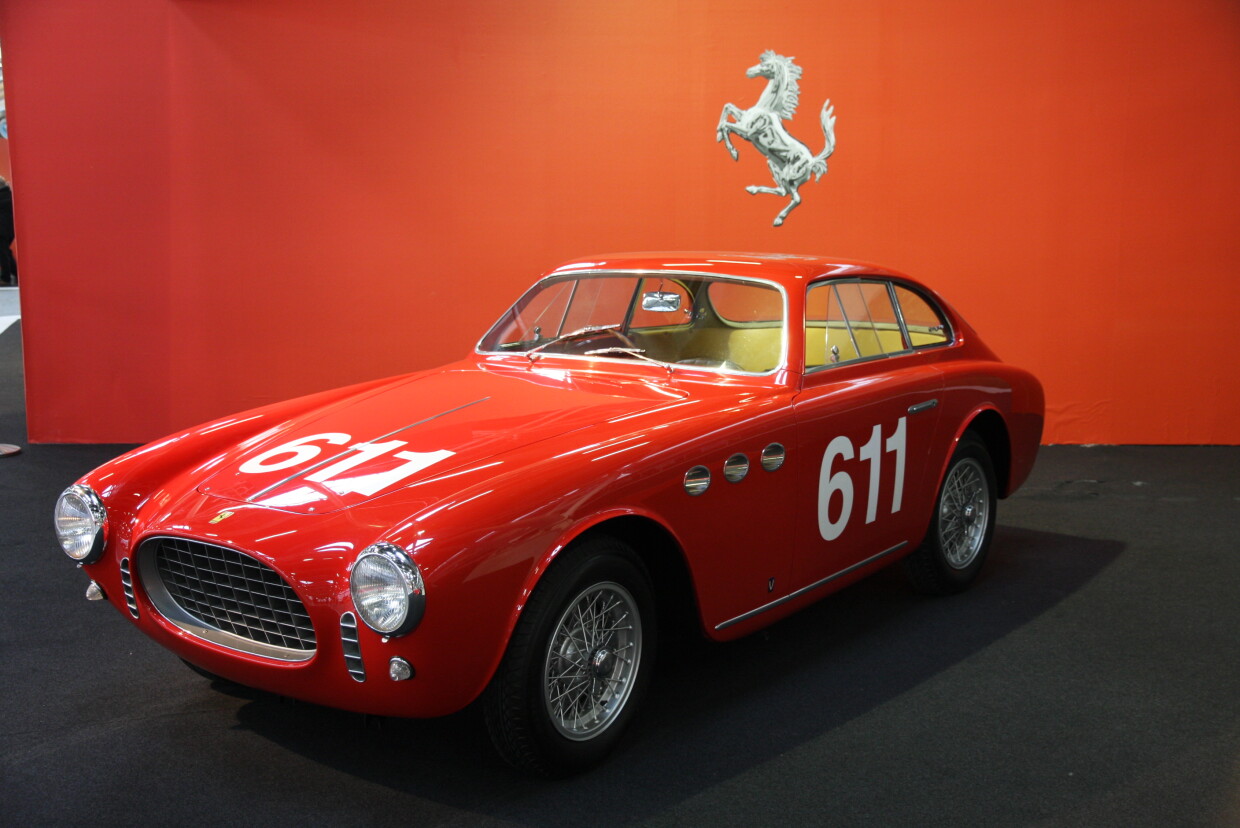 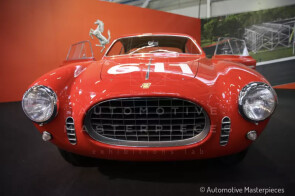 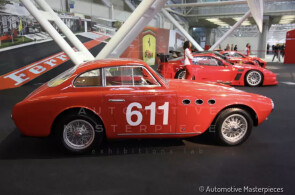 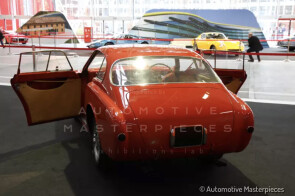 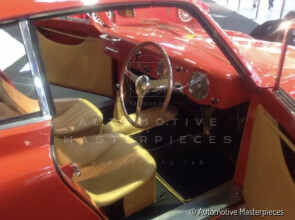 The Ferrari 166 - the number assigned to a Ferrari model traditionally corresponds to the displacement of each cylinder - was the direct evolution of the first 125 (fitted with a 60° V12) from 1947. The engine of that early car, designed by Gioacchino Colombo, had first been transformed into the 159 and then into the 166, to reach the limit of the two litre class. To pay tribute to the first great success at the 1948 Mille Miglia, Ferrari upgraded the 166 Sport into the 166 MM. In 1953, an evolution was developed that brought the power to 160 hp and other improvements. These cars contributed more than any other previous model, scoring many of Ferrari's first international victories and made the company a great manufacturer of sports cars. All 166s sat on a dedicated tubular chassis designed by Ferrari but produced by the specialized Gilco in Italy. A total of 46 Ferrari 166 millemiglia were built in two series in both berlinetta and spider (barchetta) versions: 33 cars of the first series and 13 of the second from 1953. Most of them were bodied by Carrozzeria Touring. A few others were bodied by Allemano, Vignale and Zagato. One was completely revised by Abarth. One was built in-house in Ferrari and later refined at Carrozzeria Autodromo.

In 1953, a second version of Ferrari’s venerable 166 millemiglia (MM) was produced and it was Ferrari’s sports car of choice for racing clientele that would race in the 2-liter class. The new car used an upgraded engine with roller cam followers that was first innovated by Lampredi on the long block V12. Along with other tweaks, 160 bhp was possible at 7,200 rpm. The chassis and running gear of the 166 MM/53 was similar to the first 166 MM. The chassis was made from two large oval longerons that was cross-braced and built by Gilco. Suspension was also the same with unequal front wishbones upfront that shared a common transverse leaf spring. The rear was a live axle that held by semi-elliptic leaf springs and a pair of radius arms. The 166 MM/53 was offered alongside other Ferraris that had larger engine sizes including the 3.4-liter 340 MM. Typically most were bodied as Touring Barchettas.

This chassis is one of four Vignale bodied in a “berlinetta” shape. It’s peculiar for its three ovoid portholes on the flanks. All of Vignale's Ferraris are made up of many body panels that are formed on the chassis underneath it. The body was built in aluminum and almost all the design come from Giovanni Michelotti. He worked closely with Alfredo Vignale, one of the newest coachbuilders in Turin, at the time. The two had worked together before at Stabilimenti Farina. The basis is the chassis of the second series of Ferrari 166 millemiglia born in 1953, also known as 166 MM/53. The car was sold new to the French racing driver Francois Picard and was originally painted “French” blue. During the season 1953 this car won the 12 Heures internationales d’Hyères and came second at the first 12 Heures internationales de Reims. In 1954 the car raced in Italy in uphill races like the Trento-Bondone and the Trieste-Opicina. It is yet to be confirmed its entry at the 1957 Mille Miglia. The car was restored in early 90s by the specialist Dino Cognolato and is now part of the Museo Ferrari.