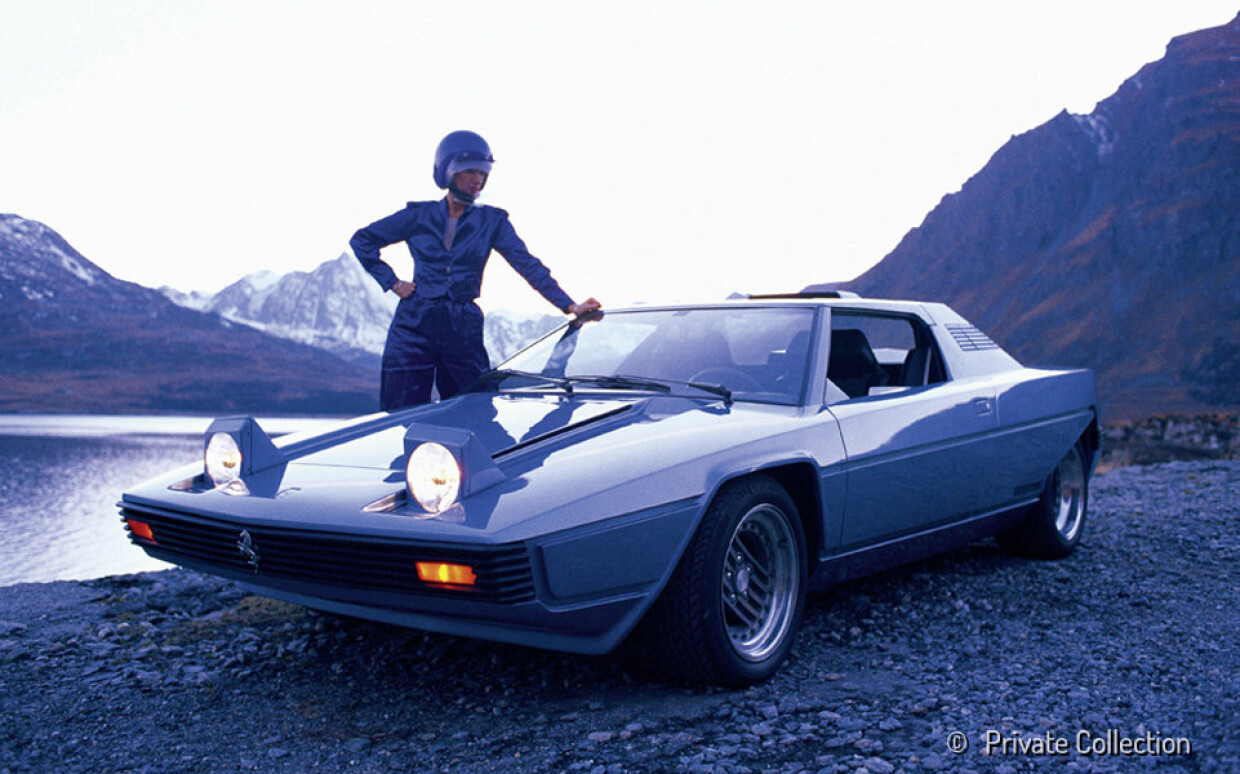 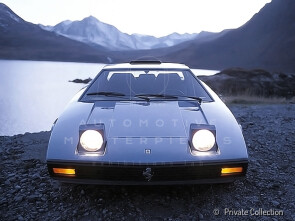 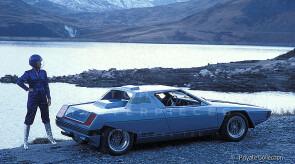 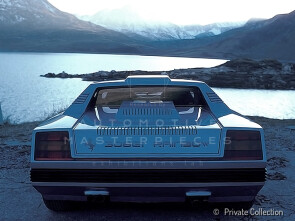 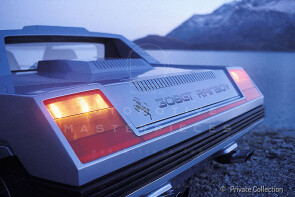 Share on
Owner ASI - AUTOMOTOCLUB STORICO ITALIANO (IT)
A prototype and a show car, designed by Marcello Gandini for Bertone on the chassis of the Ferrari Dino 308 GT4, with a retractable top and sharp edge design.

The Ferrari Dino 308 GT4 is a coupé car mass-produced by Ferrari between 1974 and 1980 and presented at the Paris Motor Show in 1973. In 1975 the Ferrari Dino 208 GT4 was derived from the Ferrari Dino 308 GT4, a car with identical bodywork but smaller engine capacity. According to Ferrari production numbers, even during the period of the oil crisis of those years, 2826 of the Dino 308 GT4 were produced and 840 of the Dino 208 GT4. Conceived as a complementary element of the Dino brand, in which the two-seater Dino 246 GT was already present, the Dino 308 GT4 represents a milestone in the history of Ferrari due to the considerable number of innovations introduced. In fact, it is the first production car produced by the Maranello company to adopt the V8 engine with a central rear layout, the first to have the timing organs driven by rubber toothed belts, the first and only production Ferrari to carry Bertone's signature. It was also the first Ferrari officially offered for trial to a specialized newspaper (Quattroruote of February 1974). The design of the bodywork was entrusted to Bertone, and it should have found the solution that many sports car manufacturers had been looking for: central rear engine and roominess for 4 people (the "4" in the acronym was indicative of the number of places). The designer Marcello Gandini created a coupé with taut and balanced lines, very different from the classic canons of the Ferrari-Pininfarina duo and similar to those of the rival Lamborghini Urraco, designed by Gandini himself. According to what was reported in an interview with Piero Ferrari, it was Enzo Ferrari himself who chose Bertone for this car, having particularly appreciated the work he had done on the Fiat Dino coupé and, according to Gandini's testimony, Enzo Ferrari was directly involved in the development of the car to the point that his collaborators had prepared a mobile structure equipped with seats, pedals and engine so that he could make suggestions on the driving position. The mechanics were refined, starting from the new 2926 cc V8 engine with twin cam distribution on each bank which, thanks to the power supply with 4 double barrel carburettors, delivered 255 hp (SAE), later referred as 230 hp (DIN). The chassis with central trellis had a sporty layout, derived from that of the 246 GT with an extended wheelbase, independent wheel suspension with dual wishbones and brakes with 4 self-ventilated discs. The gearbox was a five-speed manual with limited slip differential. The Dino 308 GT4 was immediately appreciated for its remarkable dynamic qualities, particularly broad visibility for a sports car and ease of use, also thanks to a decent boot.

The Ferrari 308 GT Bertone Rainbow, also simply called Ferrari “Rainbow”, is a concept car built by the Italian coachbuilder Bertone on Ferrari basis in 1976. The car, built on a chassis derived from the Dino 308 GT4, was presented at the Salone dell’Automobile in Torino in November 1976 and was characterized by having the bodywork of the “targa” type with only two seats and by the presence of a retractable roof. The chassis was the same already used for the 308 GT4, but with a wheelbase shortened by 10 cm (from 2550 to 2450 mm), combined with the 3.0-litre V8 engine developing 230 hp. Among its design features was the mechanical mechanism to open and operate the sunroof which was stored behind the seats. Ferrari resumed this type of solution in the 2010s on the 458 Spider with a retractable hard-top; the 1976 Rainbow concept car used the same layout and similar configuration of the folding roof mechanism. The one-piece targa-style canopy rotated 90 degrees rearward and was located between the passenger compartment and engine compartment. Marcello Gandini’s new creation was, above all, meant as an audacious search for a new concept, aimed at testing the new potential tendencies in automobile design. The car drew attention to the original mechanical device that controlled the movement of the folding roof to behind the seats; the open-top coupé has always been a fascinating solution for many bodybuilders around the world. The Raimbow was styled according to the new trends of sharp edges which, however, met with a cold reaction from the critics and the public, in its days.