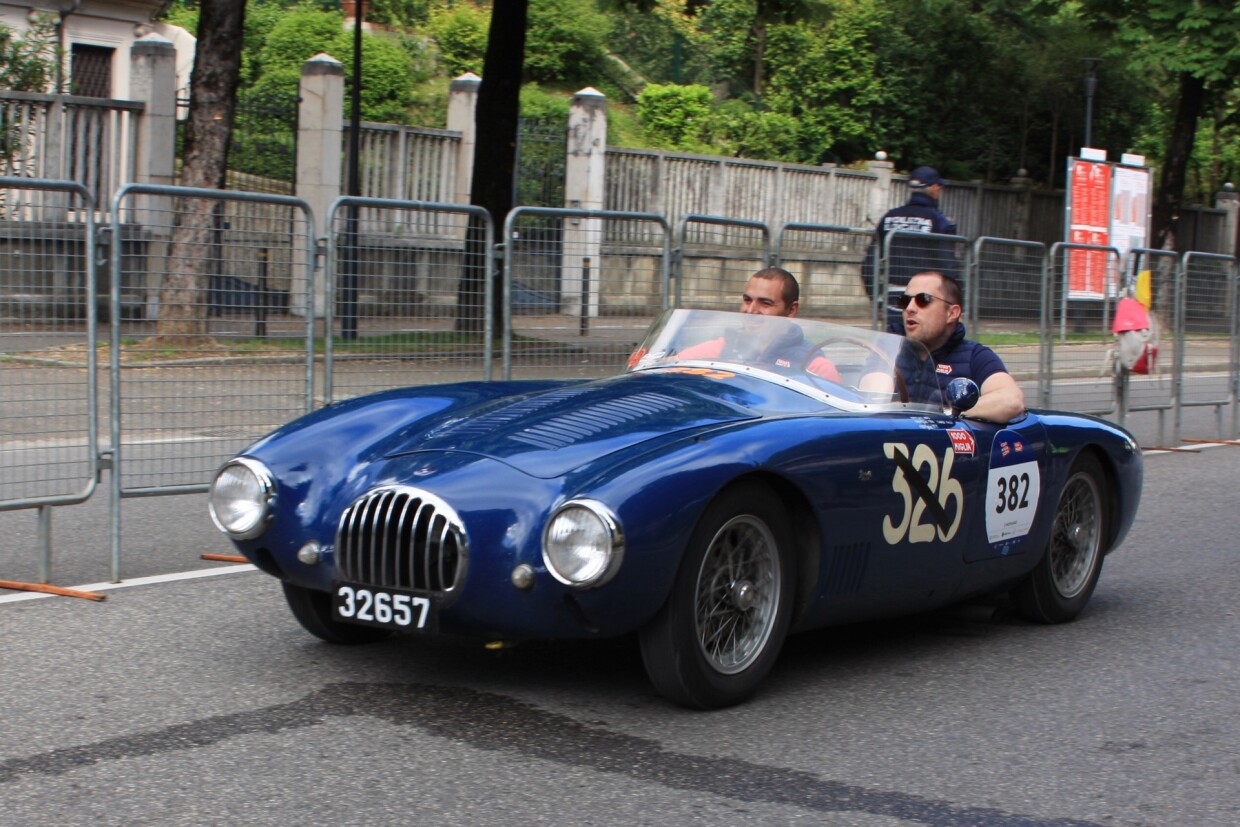 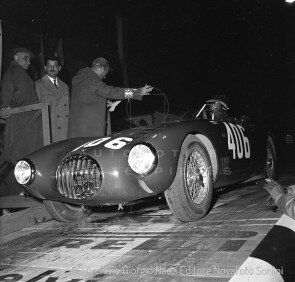 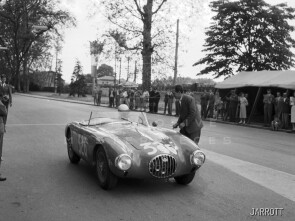 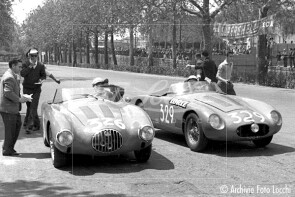 Share on
Owner Private collection
It took part in the Mille Miglia three times with Carlo Falli, in 1955, 1956 and 1957. It was part of the Rosso Bianco Collection from 1987 to 2003. The specimen is matching numbers.

The O.S.C.A. MT4-2AD from 1955 with chassis 1162 is an example bodied by the Fratelli Morelli. The car raced the Mille Miglia three times with its first owner, the driver Carlo Falli. The first time, in 1955, with number 515, despite being in an excellent position, it was forced to withdraw after Rome. The second time, in 1956, with race number 406, it finished 124thoverall and 3rdin its class (Sport 1100). The third time, it raced in 1957 with race number 326, finishing 62ndoverall and, again, 3rdin class. There is news of the car competing in other races as well, always with Carlo Falli at the wheel. In 1956 at the Gran Premio Pietro Cidonio - Circuito di Collemaggio (6thin class); at the Coppa Spoleto - Monteluco (3rdin class); finally at the Gran Premio Roma - 6 ore di Castelfusano (10thin class). In 1958 the car ran the Circuito di Caserta and the Coppa del Gran Sasso; in both placing 3rdin class.

There is no news of the car until 1970, when it arrived in the United States, probably equipped with an engine that is no longer original and received in 1972 yet another engine, the n° 1523. It was restored and painted in the colors (blue, red and yellow) of the "A.S.K. Enterprises" team, which also owns another example of O.S.C.A. MT4-2AD (chassis no. 1167). The car chassis 1162 was for Anthony Koshland and Judy Stropus, Penske team timekeeper.

The car was later put on sale in 1974 and changed owners again in 1979, 1985 and 1987, when it was acquired by Peter Kaus' Rosso Bianco Collection. The Collection exhibits it at Rétromobile in 2003. The year in which it is sold and, finally, it recovers its original no. 1130 engine. Since 2009 it belongs to the current owner.