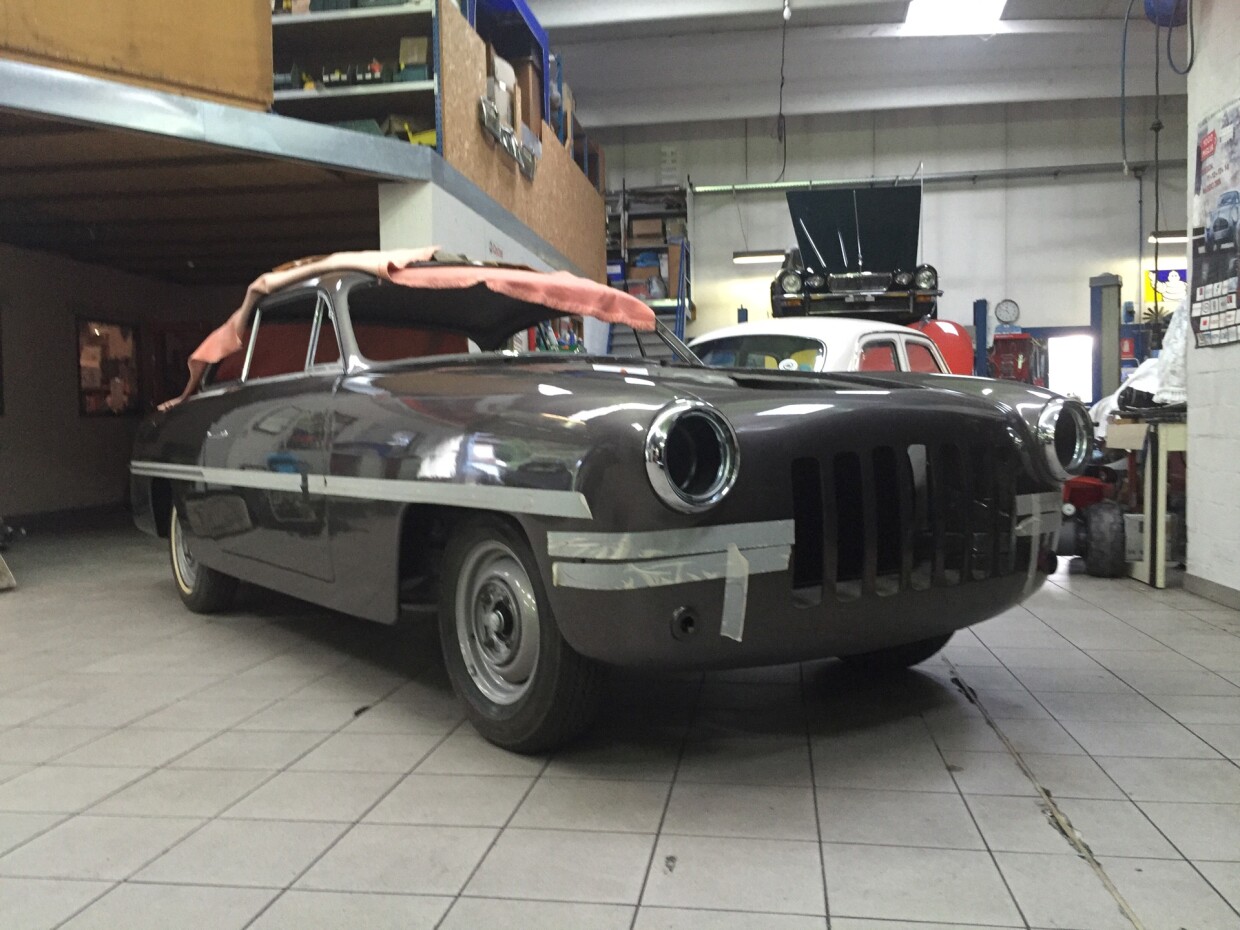 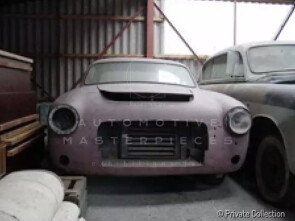 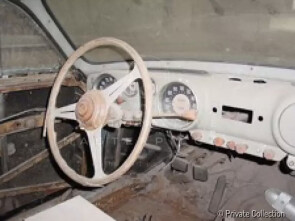 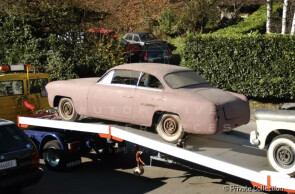 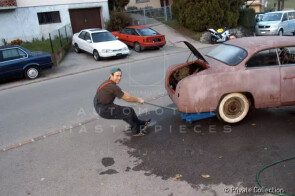 Founded in 1939 by Turinese texile industrialist Piero Dusio to manufacture sports equipment, Consorzio Industriale Sportiva Italia (Cisitalia) amassed a fortune for its former soccer star owner making military uniforms during WW2. An experienced amateur driver, Dusio used his fortune to become involved with the sport he loved. After winning his class on the 1937 Mille Miglia, he began to explore the possibilities of building his own racing cars. Cisitalia's first model was the D46 appeared in 1946, a small single seater which used a tubular steel space-frame chassis crafted at Cisitalia’s bicycle factory to support readily-available Fiat mechanicals as Fiat 1090cc engine and Fiat 500 suspension. The definitive Fiat-based Cisitalia was the 202 coupé by Pinin Farina. Unveiled in 1947 at the exhibition of Coachbuilders at the Milan Triennale and Paris Motor Show, it won the Coppa d’Oro prize at the Villa d’Este Concours d’Elegance. The Cisitalia 202 Gran Sport was defined as “a rolling sculpture” in 1951 when it was chosen, along with seven other cars, for an exhibition at the Museum of Modern Art in New York (MoMA). In 1948 Dusio moved to Argentina and established Autoar (Automotores Argentinos), financially supported by Juan Peron. His son, Carlo Dusio continued to run a refinanced Cisitalia company in Torino (1948–1964). In 1953, Piero Dusio withdrew permanently from the company he had created. The company was transformed into "Cisitalia Autocostruzioni", stubbornly continued by his son Carlo, who moved the production to Racconigi. The business was limited to the transformation of production cars, as did various coachbuilders and the preparatory period.

Henry Ford II purchased a 202 cabriolet and was reportedly so pleased with it that Dusio approached the automaker with a proposal for an Italian-American hybrid. Ford confirmed that he was interested. Former Cisitalia’s chief engineer, Giovanni Savonuzzi from 1948 to 1949, took over as Director of SVA – Societa’ Valdostana Automotori. In April 1951, Savonuzzi was called by Carlo Dusio in Paris for exploratory talks with Henry Ford II that resulted in the proposed collaboration between the American colossus and Cisitalia. In 1952 Cisitalia quickly constructed a first prototype. The 808 was the project number, the X stood for the X shaped backbone frame as designed by Savonuzzi, and the F for Ford. The first prototype used a constructed of Cisitalia chassis, had a svelte coupé body that had been designed by Savonuzzi, was built in the Carrozzeria Ghia and was fitted with an eight-cylinder engine from Mercury. A second prototype was not wearing Savonuzzi body; Rather, Aldo Brovarone and Giovanni Michelotti had designed the structure and it was built on a standard Mercury chassis, which was reflected in a relatively long wheelbase and a high building. In total four prototypes were built using a variety of Ford engines and chassis. The subsequent Ford-based cars were bodied by Vignale, one as a coupe, the other a convertible. These prototypes built on Mercury chassis and not designed by Savonuzzi less convinced Ford on the project. Although the project progressed, the start of production of the Ford Thunderbird and the simultaneous presentation of the Chevrolet Corvette by GM, made aground the project. Thus Dusio decided to spin off Savonuzzi’s coupé as a European car, using the Fiat 1900 as a base. Thus was born the 505 DF (for derivata Fiat or Dusio derivata Fiat), using the Fiat’s 1,901-cubic centimetre engine, which had been up-rated using a modified cylinder head and Weber 34 DR 6 carburettors on a Cisitalia manifold. Furthermore, the camshaft, pistons, and exhaust system were upgraded much like those on the Abarth cars of the same time period. The gearbox is the rare five-speed manual unit with overdrive. The Cisitalia 505 DF was clearly designed with the American Style in mind by Giovanni Savonozzi in the meantime hired by Carrozzeria Ghia. The first 505 DF was shown in March 1953 at Salone Geneva. The car looks with a light color, no molding on the bonnet and on the side. Another car was shown in April 1953 at Salone Internazionale dell’Automobile di Torino. This time the car appears in a dark color and with a molding on the hood. The historical images taken in Turin shooting a dark colored vehicle and one with an intermediate color. Chassis numbers indicate no more than ten were built, of which only three are known to survive (chassis 00205, 00209 and chassis 00210). It is believed that there are different details on each car built.

Chassis number 00210 bearing the ultimate chassis number, was delivered in May 1953 in Switzerland. The car has had only Swiss owners. Among others Mr. Rob de la Rive Box was a well-known author and publisher of automotive books. A detail that distinguishes this car are the side moldings that are longer than those of other specimens. The car was found in a barn and was acquired by the current owner in 2005 as a restoration project.