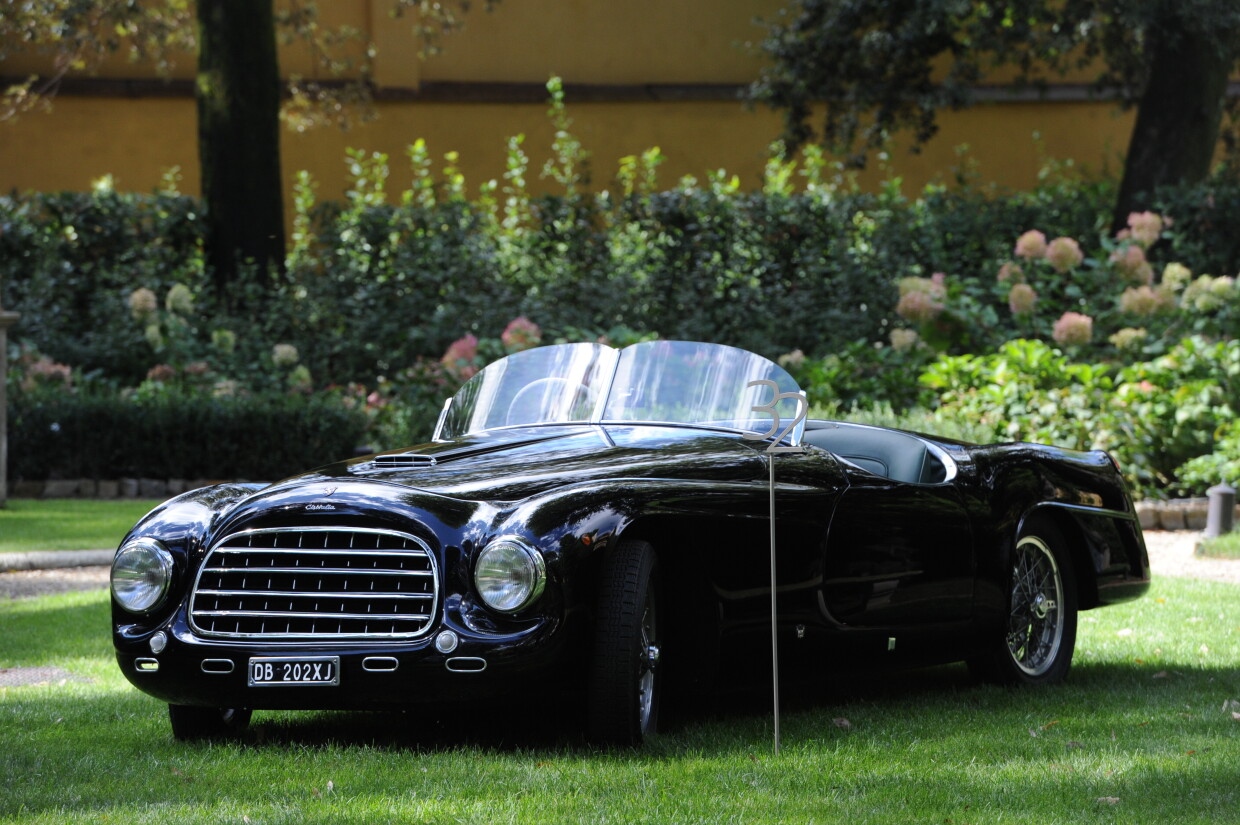 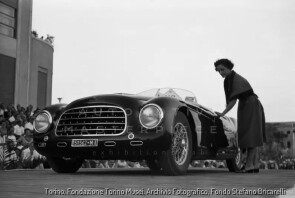 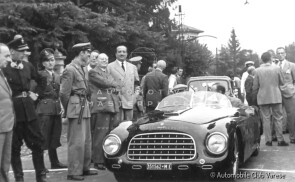 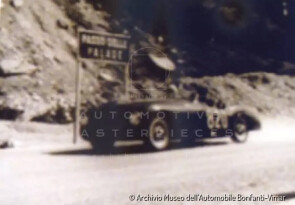 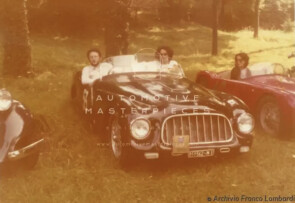 Share on
Owner Private collection
One of two Cisitalia 202 bodied by Castagna Milano. It ran 1951 Varese-Campo dei Fiori with Luciano Gramegna and 1953 Cortemaggiore-Merano with Giordano Rota.

Founded in 1939 by Turinese texile industrialist Piero Dusio to manufacture sports equipment, Consorzio Industriale Sportiva Italia (Cisitalia) amassed a fortune for its former soccer star owner making military uniforms during WW2. An experienced amateur driver, Dusio used his fortune to become involved with the sport he loved. After winning his class on the 1937 Mille Miglia, he began to explore the possibilities of building his own racing cars. Cisitalia's first model was the D46 appeared in 1946, a small single seater which used a tubular steel space-frame chassis crafted at Cisitalia’s bicycle factory to support readily-available Fiat mechanicals as Fiat 1090cc engine and Fiat 500 suspension. After fifty D46s were sold and the model archived a debut victory in the Coppa Brezzi in Turin, Cisitalia focused on building small passenger car based on the D46, including it's Fiat components and space frame chassis. In the summer of 1946, the 202 CMM (Coupé Mille Miglia) was initially designed by Dante Giacosa and continued by Giovanni Savonuzzi (hired by Dusio in August 1945). The first coupé was built by Alfredo Vignale, at the time the departmental head of Stabilimenti Farina and allowed him to set up his own carrozzeria. The Cisitalia 202 SMM (Spyder Mille Miglia) was derived directly from the coupé. After Nuvolari epic effort, subsequent competition spiders were known as 202 SMM Nuvolaris. Savonuzzi’s design, was submitted to Battista Pinin Farina as an initial concept for the new coupé 202 Gran Sport and inspired the master to create one of the most significant example of body styling in automotive history. Cisitalia provided Pinin Farina with the chassis on which the Cisitalia's body was placed. The body was more or less handcrafted, with its aluminum panels shaped over wooden forms. Its shapes are the finishing point of all the previous research: the hood, body, fenders, and headlights are integral to the continuously flowing surface, rather than added on, creating a general sense of beaty and speed. Unveiled in 1947 at the exhibition of Coachbuilders at the Milan Triennale and Paris Motor Show, it won the Coppa d’Oro prize at the Villa d’Este Concours d’Elegance. The Cisitalia 202 Gran Sport was defined as “a rolling sculpture” in 1951 when it was chosen, along with seven other cars, for an exhibition at the Museum of Modern Art in New York (MoMA). The 202 is the progenitor of all modern sports cars stands as a timeless bridge between pre- and post-war sports car design. Its lines had a strong impact on the aesthetics of car design at the time, breaking with tradition and introducing new concepts in style. Coupé versions of the 202 were the first produced. A cabriolet followed. The 202 were built around low-cost Fiat components including a redesigning chassis and a 1089cc four-cylinder engine delivering 66 horsepower. The first Gran Sport model has only two seats and is the first car in history to have the brand name even in the back. The first development, the 202 Berlinetta - or B - can instead accommodate four people (three in front and one, bad, behind) and is distinguished by its more massive grille and chrome bumpers. The 1951 202 C has the the trunk accessible from outside and the rear window wider. In 1948 Dusio moved to Argentina and established Autoar (Automotores Argentinos), financially supported by Juan Peron. His son, Carlo Dusio continued to run a refinanced Cisitalia company in Torino (1948–1964). The 202 body production by Pinin Farina soon shifted over to Stabilimenti Farina and, to a lesser extent, Vignale. Both built the 202 to Battista Pinin Farina's original design, although there are some differences. It was expensive, and only 170 were produced between 1947 and 1952, 153 coupes and 17 cabriolet.

Since 1914 when Ercole Castagna inherited the company from his father Carlo, the firm was noted for very conservative, luxurious bodies. From 1920 to 1933 his younger brother Emilio managed the creative design. In 1933 Ercole was joined by his sons Carlo, Savino and Cipriano in the management of the company. After the war, the ex-Touring designer Giuseppe Seregni joined the company to help update their design department.

This 202, chassis 154SC (or Sport Coupe), was clothed with a one-off spyder body created by Carrozzeria Castagna. It is one of two 202s bodied by the Milanese coachbuilder. The shape has some Touring influences, it is belived that Ercole Castagna designed it together Giuseppe Seregni. This car ran the Varese - Campo dei Fiori in 1951 and the Cortemaggiore Merano in 1953 with the original black color. The other Cisitalia Castagna, chassis 097SC, was fitted with Vistotal Cabriolet body (in 1937 Castagna acquired the Labourdette patent Vutotal which permitted frameless windshield designs).