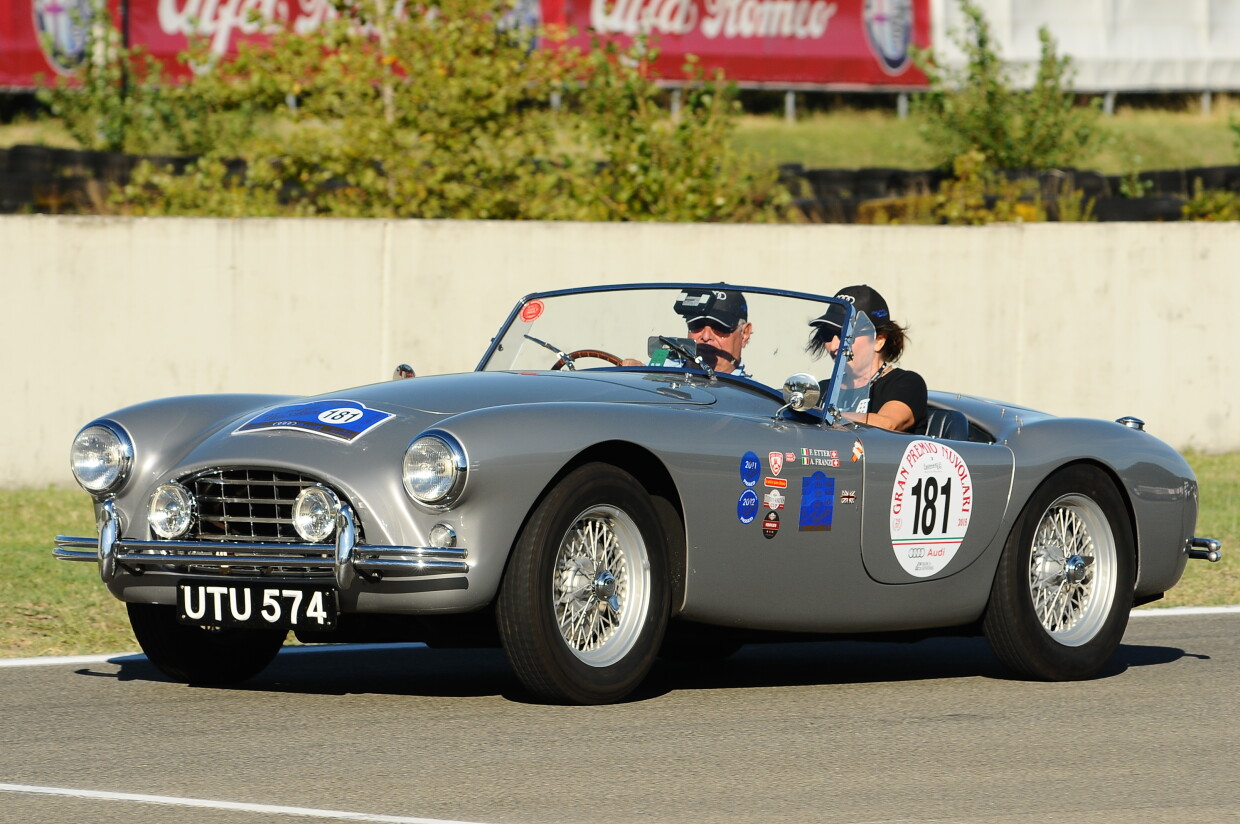 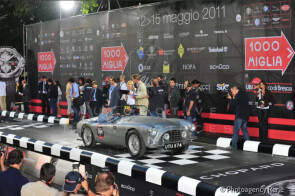 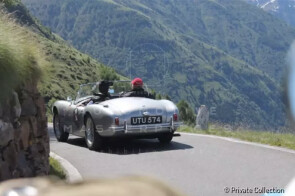 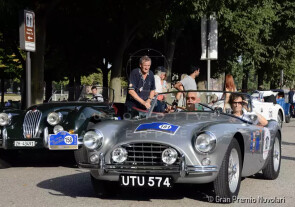 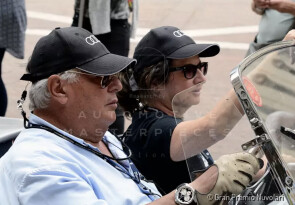 Share on
Owner Private collection
It's one the 223 AC Ace manufactured and fitted with AC engine. This car has a completely documented maintenance schedule. A long career in re-enactment events.

“This exciting car has the essential features required by the Sportsman. The ultra-lightweight chassis provides a power-weight ratio to allow exceptional acceleration and road speeds over 100 miles per hour.” (Extract from an AC ACE 1950s’ brochure). Presented at the British International Motor Show in October 1953, the AC Ace was essentially a reworked version of the LOY 500, the beautiful sports car designed by John Tojeiro with which Cliff Davis had won six times and gained four second places during that same year (in addition to the absolute ninth place at the Nine hours of Goodwood). Tojeiro had ensured that Ace's tubular ladder frame enjoyed the same manoeuvrability as those of its competitors, equipping it with independent suspensions with transverse leaf spring, both at the front axle and the rear axle. Designed afterwards the LOY 500 (a tribute to the Ferrari 166 MM Barchetta, bodied by the Carrozzeria Touring), the Ace was probably even more beautiful and had a better personality. The production version showed the hand of the AC designer, Alan Turner, and the aluminium body was designed and built by Eric George Gray. The stylistic influence of the Ferrari 166 MM Barchetta was still visible, but, especially in the front-end, was no longer a copy, but a true masterpiece of style. Tojeiro's chassis was relatively simple, with two main tubular rails supporting the differential and racing-derived rack-and-pinion steering, transverse leaf spring and lower wishbone suspensions, while the bodywork hung on a tube steel subframe. The low-slung body demonstrated excellent handling and was not equipped with anti-roll bar. It had a top speed of about 105 mph. Entering production in 1954, this stunning two-seater with aluminium bodywork was initially powered by the 6-cylinder inline engine of 1991cc produced by the AC, designed by John Weller, founder of the AC. The SOHC engine was powered by triple SU carburettors and produced about 85 bhp; a result that was pretty good compared with the 90-horsepower developed by the four-cylinder 2660cc of the contemporary Big Healeys. Although the AC engine was defeated in terms of performance by the more powerful brothers made by Bristol and Ford (who would have equipped the car from 1956 and 1961 respectively), the Ace with AC engine was considered a seriously fast car at the time of launch. It could reach a speed of 103 mph, and the motoring magazines consider the AC Ace to be the fastest accelerating sub-3-litre car that they had yet tried. However, more than the speed itself, it was the general easy handling that drove the first owners to race with the car. The Ace with AC engine remained in production until 1961, and it is believed that 191 cars were sold during this period.

Chassis AE 71, with engine no. UMC2137M was delivered to its first owner A. P. Jones on May 3, 1955, with its black body and green interior. It was registered by its subsequent keeper, Derrick Morris Esq. of Chapel-en-le-Frith, on the 15th March 1973. The Ace with AC engine was produced in only 223 units, and this undoubtedly represents its most important feature: it is, therefore, an extremely rare car that, compared to the ones with Bristol engines, also presents the possibility of being enrolled in the Mille Miglia. The car has already participated in the 2011 and 2017 editions of the Mille Miglia re-enactments and is eligible for most of the other events of this type. The car has undergone a complete restoration, and is currently in stunning condition, both internally and externally, with an attractive grey paint finish. Also, the mechanics are in excellent conditions.  The car comes from the Franzi’s Collection, a family famous for having created a homonymous leather company in 1864. The company has always operated in the production of luxury leather accessories. Among its customers, the company counted members of the high aristocracy, including the royal family of Great Britain. The company is connected to the automotive world, because in the 1960s it worked a lot for the Italian car body shops and car manufacturers, such as Bertone, Pininfarina, Touring, Iso Rivolta, Maserati and Ferrari, which used Franzi leather to coat the precious interiors of their cars. Alessandro Franzi, a member of the family, owned all the Lancia Aurelia B20 series and a B24 Spider as well as numerous Ferraris such as the 250 GT, the 275 GTB and the 330 GTC. The AC with Ace motor is, therefore, a real precious gem, perfect to possess but above all perfect to drive.