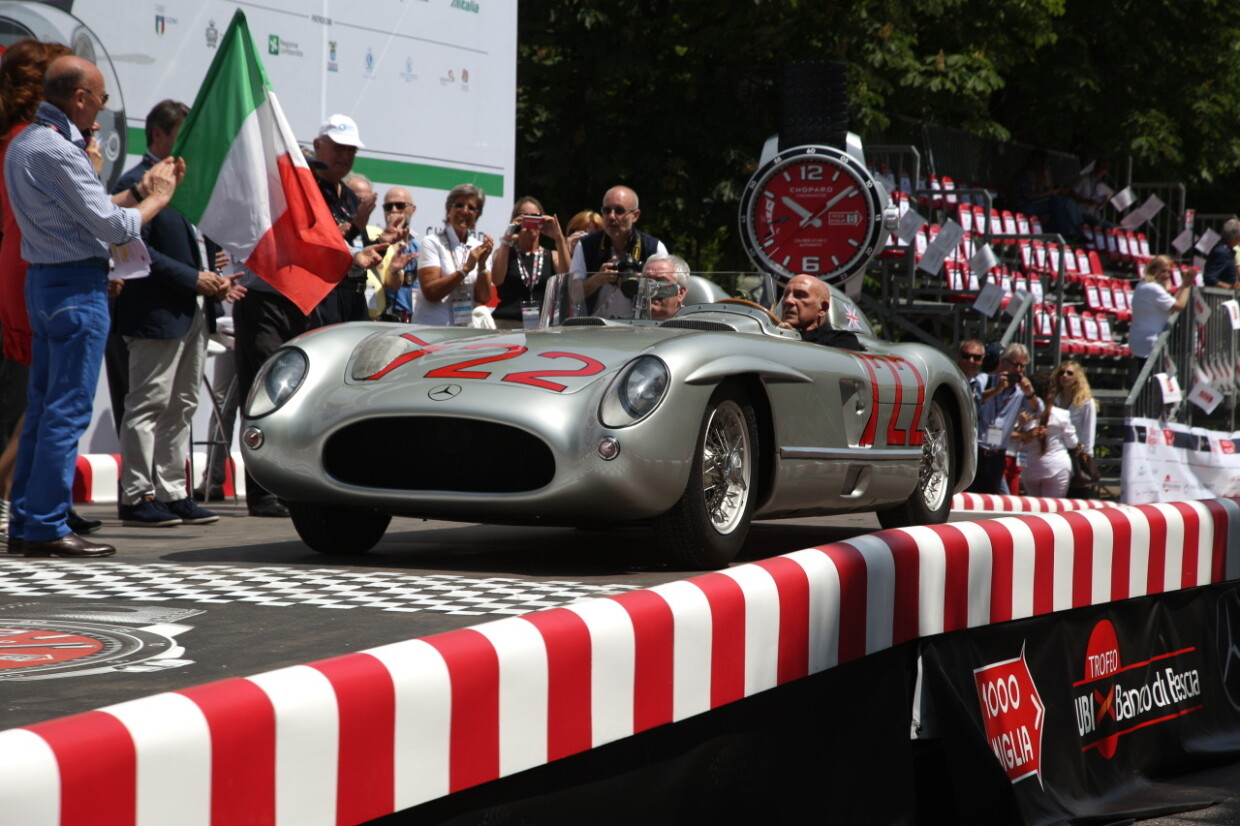 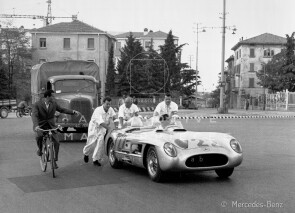 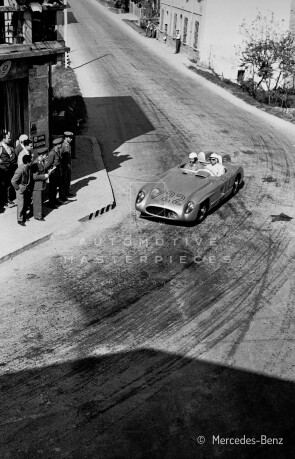 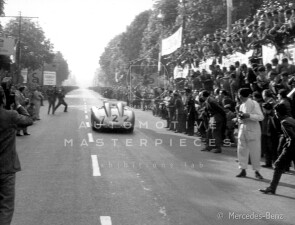 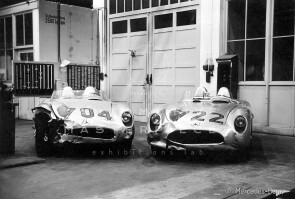 Share on
Owner Private collection
The winner of the 1955 Mille Miglia, driven by Stirling Moss, holding the undefeated speed record for the race in its history. It had a busy racing season. Always owned by Mercedes-Benz.

At the start of the 1950s Mercedes-Benz decided to re-enter the racing world, and asked chief engineer Rudolph Uhlenhaut to create something special. “Rudy” came up with project R (as in “Rennwagen”, the German word for racing car) 196, a single car capable of competing and winning a Formula 1 grand prix – in single seater configuration with both open and closed wheels and an 8 cylinder 2.5 liter engine – as well as road races in the R196S configuration with two seats, covered wheels and a 3 liter engine. Nine of this latter “Sports” version were built. Of these chassis no. 03, 04, 05 and 06 were entered in the 1955 Mille Miglia, the model’s debut race. Chassis no. 01 and 02 were never used in races, but used as test and practices cars. Chassis no. 07 and 08 were the Coupé Uhlenhaut type, 09 was never assembled and 10 was the “prototype” prepared as a development model for the 1956 season.