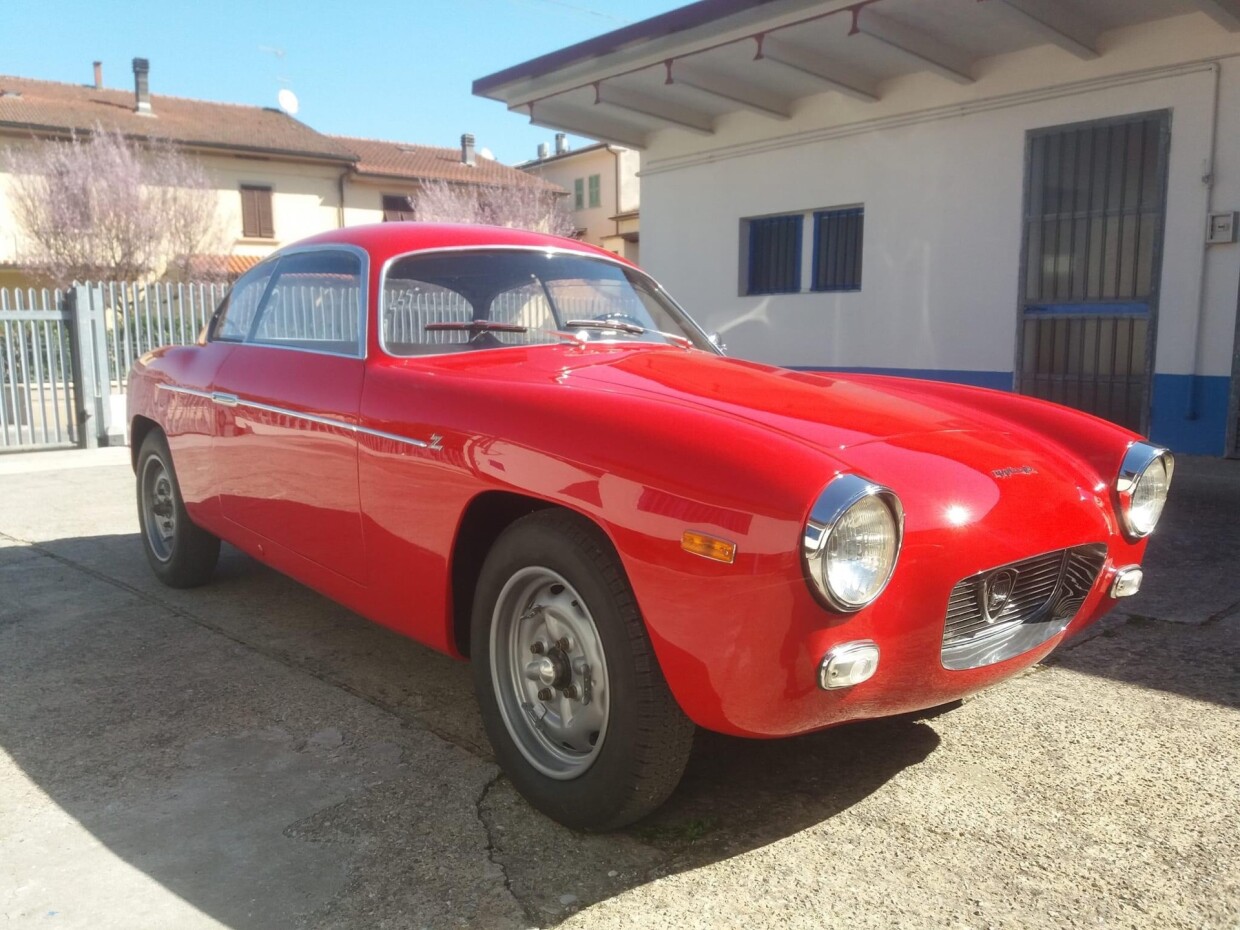 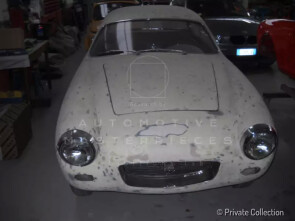 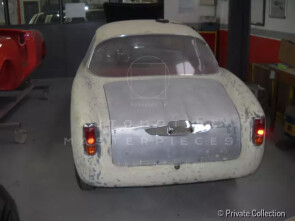 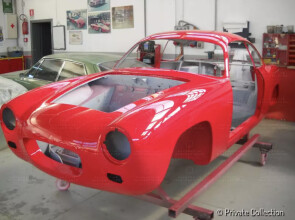 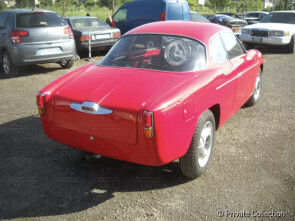 Share on
Owner Private collection
One of the very first specimens, almost-production-prototype, built for competition purposes. Perhaps one of the examples paving the way for true production GTE.

Zagato's interpretation on the fabulous Lancia Appia, a mid-level 1100cc saloon, came in 1956 with the introduction of the first "prototype", the Appia GTZ, nicknamed "Cammello" for its distinctive double bubble roof design. A remarkable example of minimalist sportiness, it was shown as a one off at the 38th Salone internazionale dell’Auto di Torino where it conquered the public with its unique lines. It was the first effort by Zagato to produce a sporty coupé based on the Appia chassis. Since Lancia was determined to take advantage of the ability of the coachbuilders to produce more variations on the Appia Saloon, introduced in 1955, a special lowered chassis (code 812.01), equipped with a more powerful version of the 1100 cc narrow-V 4 cylinder, was made specifically to be sent to the several ateliers, so popular in those days. Pininfarina, Vignale and Alemanno went all to produce their variations of the Appia, but it was Zagato who conquered the hearts and minds with its little and rather "bubbly" GT, specifically meant to be used in competition. At the 1957 Geneva Motor Show, following the success of the "Cammello", the definitive variant of the Appia GTZ was presented and production began. The early GTZ's can be considered full on production prototypes. Each differed from another by the design of the front and the details such as the lights, badges and other small details, despite all retained Zagato's signature “greenhouse”. Many took part in competitions and they became formidable contenders in the GT class, in hillclimbs and Turismo class races. The GTZ was succeeded in 1958 by the GTE after a production of roughly 150 examples.

The chassis 812.01 11116 can be defined as an almost-production-prototype, built for competition purposes. Characterized by the absence of the typical aerodynamic plexiglass headlamp screens and the “double bubble”, it was perhaps one of the examples that paved the way for the true production GTE, which was introduced in 1958. Chassis 812.01 1116 was one of the very first specimens and it is assumed to be used in sports in its early years. The car remained in Italy for 4 years, before being bought by an enthusiast in Mexico, who imported it in 1961.