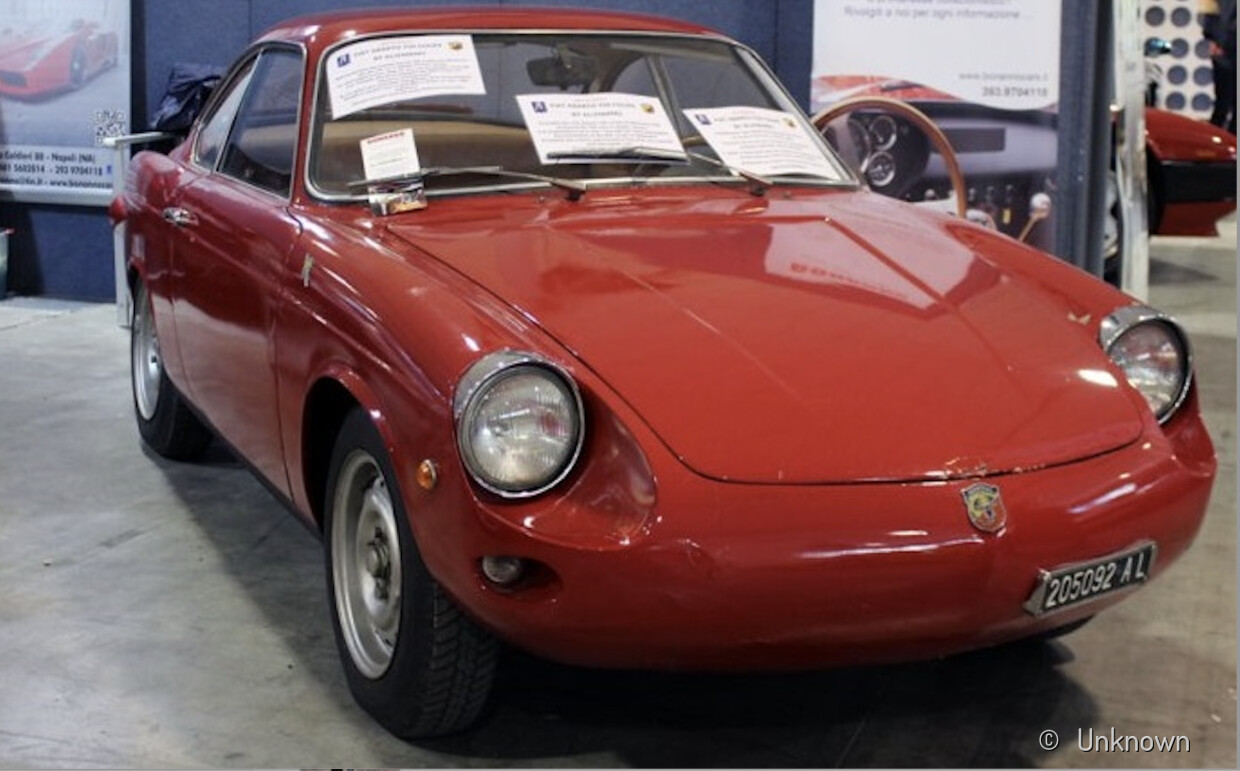 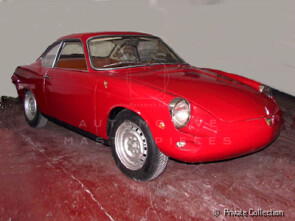 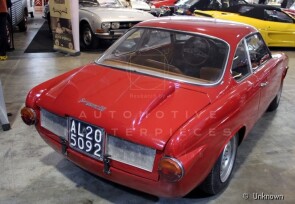 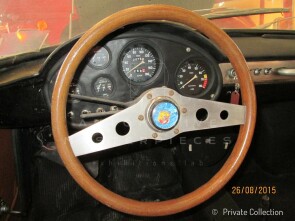 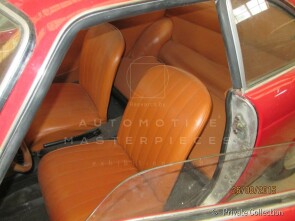 Share on
Owner Private collection
On the basis of the quiet Fiat 600: a little racer, with muscles from Karl Abarth and dressed by Allemano in a stylish little coupe. Built in few numbers, is a very rare sight.

Karl Abarth started his automotive career as a car tuner and special parts builder. He was born in Austria but went to Turin when he was young. After becoming famous for his performance exhausts, he started to modify some Fiat cars so to make’em perform better. The completely new car that Abarth presented in collaboration with Zagato, was the 750 GT in 1955, he then raised his popularity by increasing the performances of the popular Fiat 500, realizing the Abarth 595 and 695 and creating iconic racing versions of the mostly quiet Fiat 600.

The Fiat-Abarth 750/850 is a series of sporting cars created by the Italian firm Abarth & C. of Turin, in the 1950s and 1960s. The cars used the floorpan of the Fiat 600 and were fitted with Abarth’s modified engines. As for the bodywork, the collaboration with Zagato became famous, but Abarth also collaborated with Allemano and other coachbuilders. The Carrozzeria Allemano was founded in Torino in 1928, by Serafino Allemano, beginning as a mechanic. In 1935, he then started his career as a coachbuilder. He created bodies for Fiat, Ferrari and Maserati, and thanks to his ability he also worked for some European car manufacturers, such as Jaguar and Aston Martin. His collaboration with Abarth started by designing the 750 Spider Allemano.

In the Late 50's Abarth began developing the new Abarth 850, when this car, chassis no. 100789938, saw the light. It was based on the Abarth 750, and coachbuilt by Allemano. It was sold to its first owner, Mr. Giuseppe Benzo,in August 1960 by a dealer located in Viale Brigate Partigiane in Genova, right in front of the Automobile Club Italiano’s headquarters. He went to that dealer looking for a used Alfa Romeo Giulietta spider, but when he was there, he fell in love with this little Abarth and he bought it, since he was looking for a special car: the Giulietta spider was more common on the street, while the Abarth was a rare view. Mr. Benzo claims that there were only 2 Abarth coupe in Genova at the time.In its day, the Abarth Allemano Coupe was a dream car and it was sold in very small numbers.The Allemano Coupe model was more elegant and comfortable than Zagato’s version, but paid the price for being heavier and less sporty.

According to the communication of the era, the production number was really low, with around 41 cars (Dato da verificare) and this seems to be one of just few examples of the Abarth 750 coupè Allemano. The body lines are the same of the Fiat Abarth 850 Scorpione that followed, but fitted with the 750cc engine, just before the 850 coupè Scorpione coming into production. A picture of the era (dated august 1961) shows the car in a pale silver livery with blue interior, with the original Genova plates. The car is retaining its original shape, while recent pictures are showing some modifications in the nose area and, according to the first owner Mr. Benzo, the rear shape and the instruments are different too.

With a power of around 50 hp, the 750 coupe Allemano could reach 160 kph and had a very good acceleration, thanks to its lightness and aerodynamic shape.