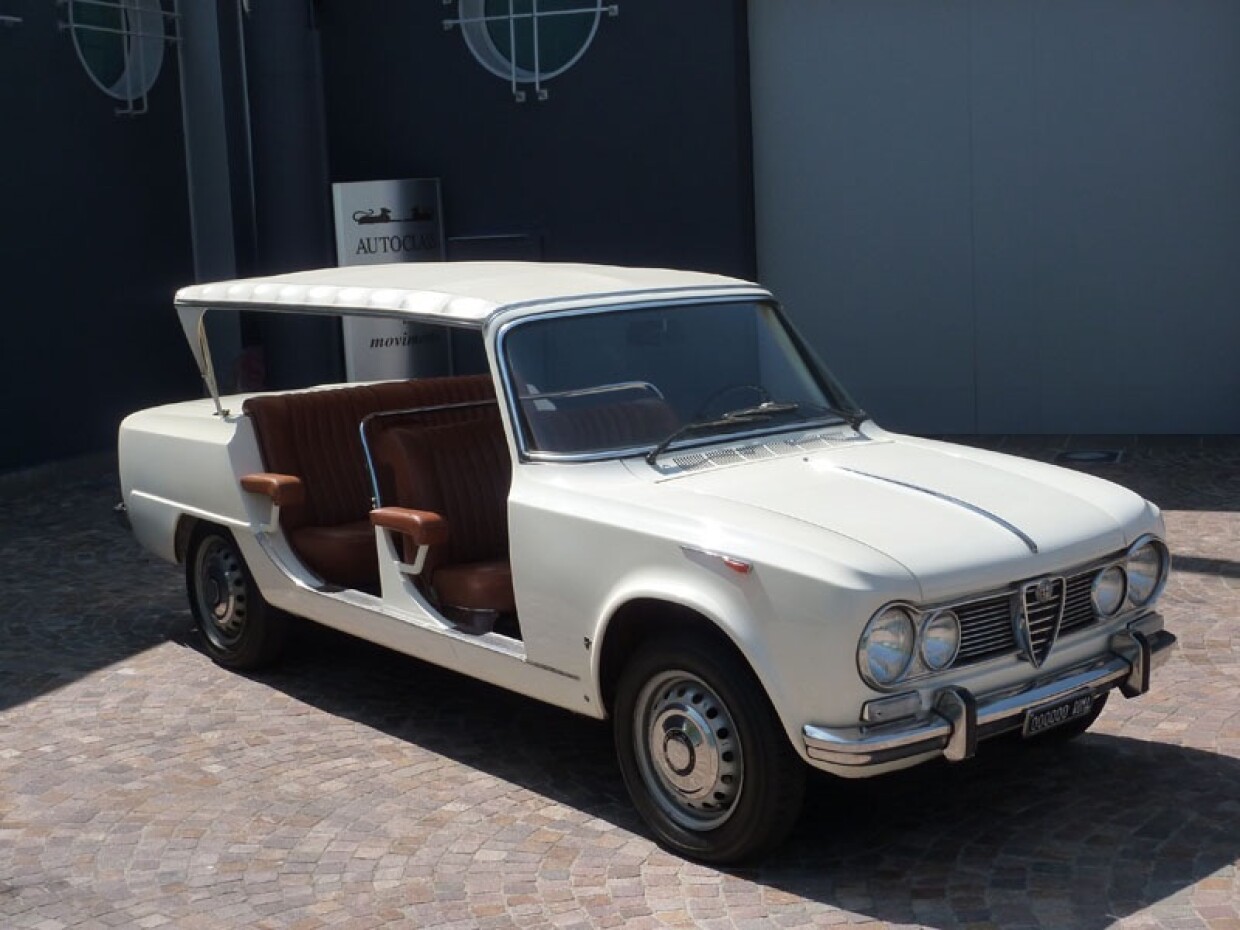 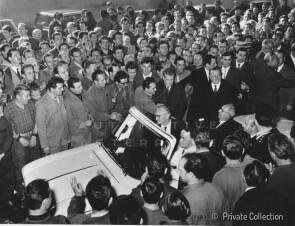 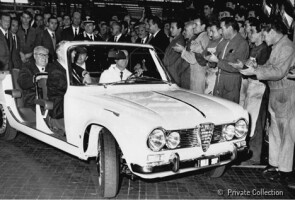 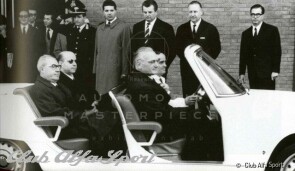 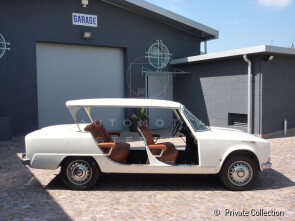 The Giulia (105 series) is a sports saloon which was produced by Alfa Romeo. Between 1962 and 1978, Alfa Romeo produced two series of the range, including the incredibly popular Giulia Super models, which further married racing technology with road comfort. The Giulia weighed about 1,000 kilograms (2,205 lb). The car was equipped with a light alloy twin overhead camshaft four-cylinder engine. Engine capacities offered were 1.3-litre (1,290 cc) or 1.6-litre (1,570 cc). Various configurations of carburetors and tuning produced power outputs from about 80 to about 110 bhp. Almost all Giulias made had a 5-speed manual transmission. Giulias were noted for their lively performance among sedans of that era, especially considering the modest engine size. The styling was quite straight forward, but with a great amount of detail. The engine bay, cabin and boot were all square shaped. But the grill, the rooflines and details on the bonnet and boot made for an integrated design from bumper to bumper.

The popular Super version with the twin carburettor 1.6 litre engine had a top speed of over 170 km/h. 0 to 100 km/h (62 mph) took about 12 seconds. Tipo 105.26 was introduced in 1965. It transferred the technology from the racing TI Super to a road car, to make the most successful Giulia saloon. 1,570 cc engine with two double-barrels Weber 40DCOE carburettors for a milder, but torquier tune than the TI Super - 98 hp at 5500 rpm. New dashboard with two large round instruments (speedo and tacho) and clock. Sportier steering wheel with three aluminium spokes and centre horn push, similar to that of the Ti Super, later changed for one with the horn pushes in the spokes. All-around disc brakes with servo were fitted as standard from the outset. The serpent crest of the Sforza family appears in a badge on the C-pillar and is a distinguishing feature of the Super.

This particular car is one of only two cars commissioned by Alfa Romeo to Carrozzeria Colli. The Torpedo body set up by the Colli, stretched on the floor of the new Alfa Romeo Giulia Super 1965, was designed for the use of representation in special occasions of visits to the factory of Alfa Romeo. In 1966 during a visit to the Alfa Romeo factory in Arese, the President of the Republic Giuseppe Saragat traveled between the various departments and workers on board the Giulia Torpedo. The car does not have doors, so the large seats are easily accessible and there is an easily removable slim hard top. It is not known which of the two cars was used by the President Saragat; one of the two cars is kept at the Alfa Romeo Museum.