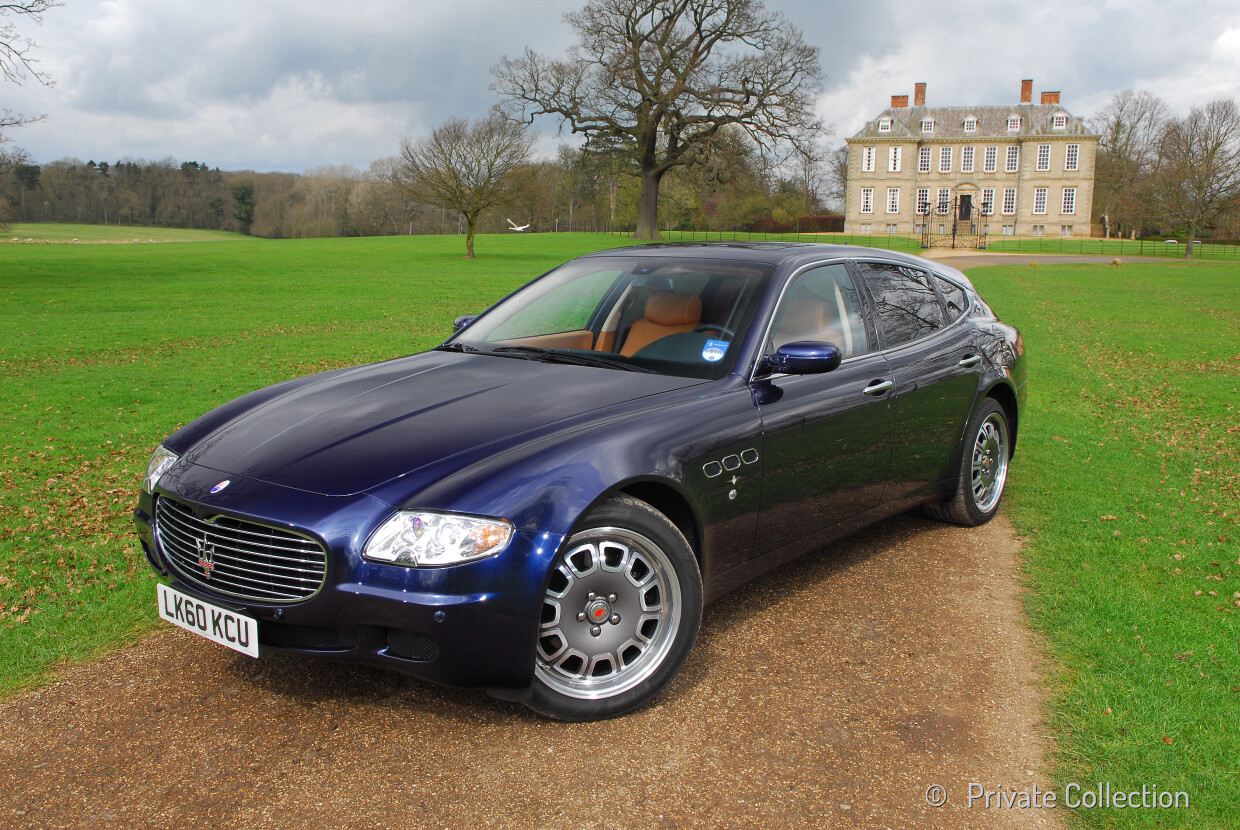 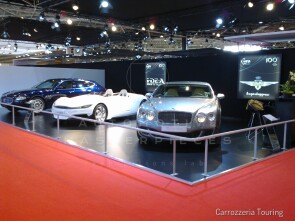 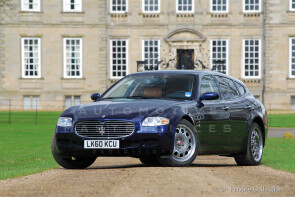 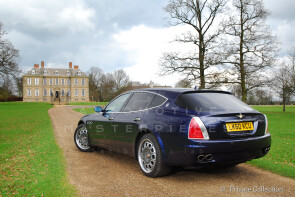 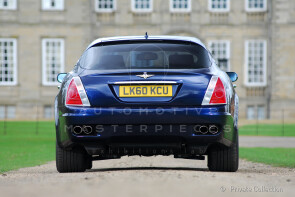 Share on
Owner Private collection
On the basis of Quattroporte series V, this is the last of only four Bellagio shooting brake by Carrozzeria Touring. Displayed at 2011 Salon Automobile de Lyon.

The Maserati Quattroporte is a large sedan produced by the Italian car manufacturer Maserati since 1963. Now in its sixth generation, it has become one of the top cars in the Maserati range and at the same time it is among the most luxurious cars currently in production. The fifth generation (2003-2012): designed by Pininfarina, it debuted in a definitive version at the 2003 Frankfurt Motor Show to go into production in the same year. Designed on a new rear-wheel drive chassis, it uses refined mechanics with a transaxle layout and front and rear suspension with deformable wishbones. The engines used are the new 4.2 and 4.7 V8s produced in Maranello by Ferrari with an aluminum and silicon crankcase and wet sump lubrication; the gearbox for the first versions produced was a robotic DuoSelect but a sequential automatic transmission developed by ZF with six gears was later introduced. The Quattroporte V was the most popular and best-selling version of the series, with 24,000 units produced in nine years.

The renaissance of the Carrozzeria Touring of Milan coachbuilding company began with the Maserati Bellagio project. Bespoke “shooting brakes” have long been a part of the English sports car tradition, with prominent coachbuilders turning powerful coupés into stylish, tailor-made fastback motor cars. Italian manufacturers have rarely addressed the same concept. Carrozzeria Touring took a new Maserati Quattroporte Series V and created a stylish and sporting station wagon. Having stripped the car down, a new series of panels were handbuilt and fitted to extend the roof and provide a hatchback boot. Further internal modifications gave a fold-down rear seat to enable a flat load area, giving practicality as well as style. Clients who commissioned such a unique vehicle could further personalise it was a limitless range of options for interior appointments and the car was then repainted externally in a colour of the client’s choice. Unveiled at Villa Erba during the Villa d’Este Concorso d’Eleganza in 2008, the Bellagio fastback coachwork by Touring Superleggera has been painstakingly constructed to the highest possible levels. The name of the new car evokes the glorious luxury and style of the town of Bellagio on Lake Como. Also allied to the new Touring Superleggera Company is Ruote Borrani and to celebrate the launch of the Bellagio, a new bi-metal wheel was commissioned from Borrani. Here again, there was a clear historical precedent as Borrani supplied a bi-metal wheel for the Touring of Milan designed Maserati 3500GT from 1957 to 1964.

To date, four Bellagios have been built, all different in detail and owned by Maserati collectors worldwide. This particular Bellagio was the last built from a new Quattroporte 4.2 litre Automatic and debuted at the Salon de Automobile de Lyon in 2011. After that it was featured on the Touring stand at many other shows after that. The actual owner testifies that he bought this very car in Arnhem from Touring represented by Paul Koot. The first owner never took delivery due to a medical accident, so the car was used for shows and demonstrations by Touring. So, in effect, he's the first owner after Touring.