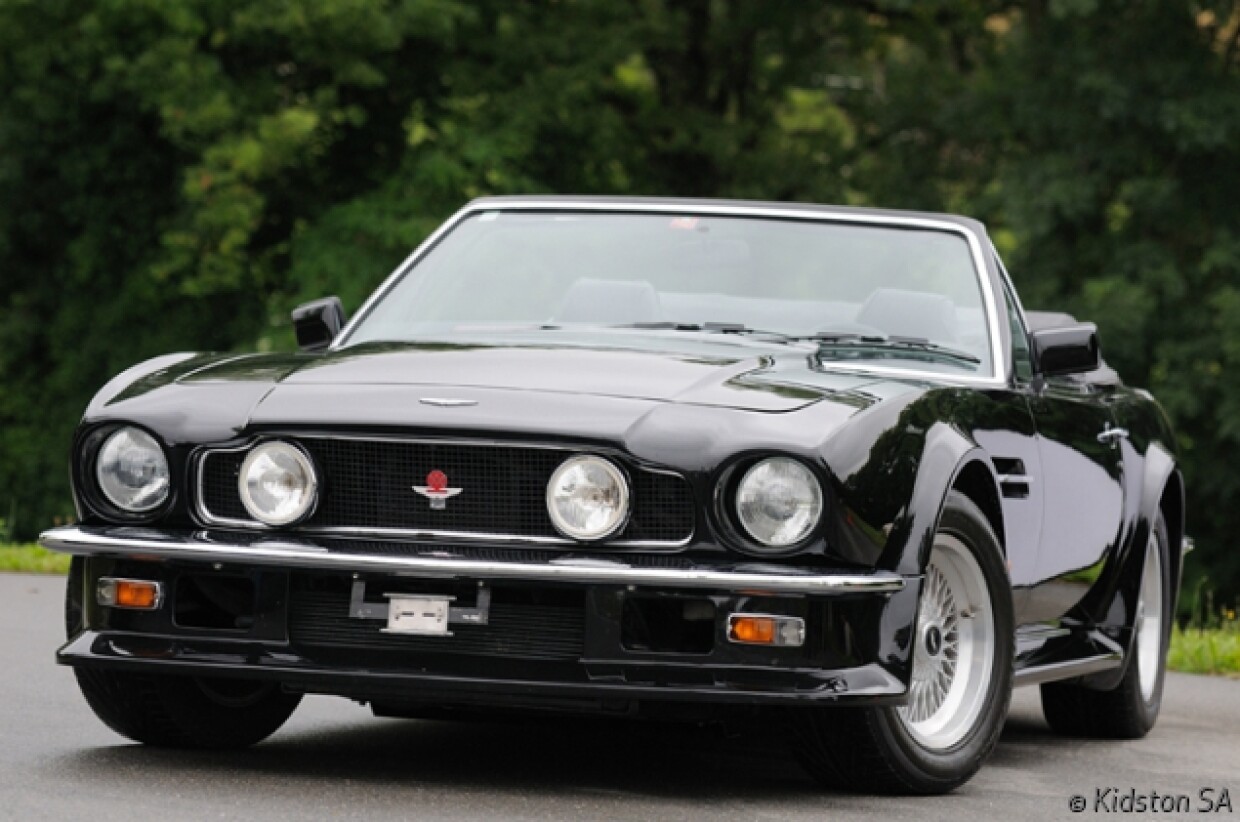 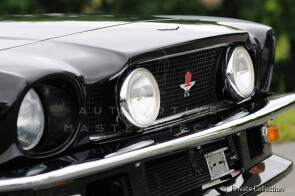 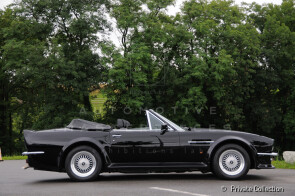 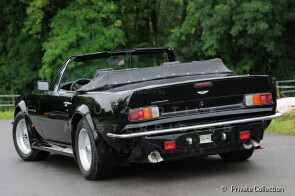 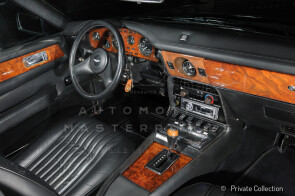 This handsome Aston Martin combines two of the Newport Pagnell marques most evocative names: Vantage, signifying enhanced performance, and Volante, the company’s sobriquet for its open topped models. The V8 line first appeared at the dawn of the 1970s to replace the ageing, six cylinder DB series which dated back to the 1950s. The new, more angular and masculine styling gave the V8 a fresh look for the modern era and early adopters were James Bond and his like-minded alter ego, (Lord) Brett Sinclair of The Persuaders, although both had to make do with six cylinder engines on screen as real paying customers were queuing up for all the new V8s the company could produce. A faster, even more powerful Vantage variant appeared in 1977, reclaiming the ‘World’s Fastest Road Car’ title for Great Britain, whilst two years later a convertible Volante model was offered for the first time in almost a decade. The two were available in a single package from the late-1980s with the return of the Vantage Volante, which promptly became the world’s fastest convertible and prompted one British magazine to warn prospective purchasers to ‘hold on to your toupées’. The American sports car market has always been special to European manufacturers both in terms of revenue and limitations, and this required a certain dexterity in balancing the desires of well-heeled Stateside clients and the demands of local safety and emissions regulators. The Vantage could not be sold in the US for these very reasons, as its gas guzzling, carburettor-fed engine couldn’t be made to run cleanly enough. Aston Martin’s answer was to give American Vantage buyers the styling but to refine the engine to an acceptable standard by fitting fuel injection to get through US tests. Thus was born the US-market ‘cosmetic Vantage’ and its open sibling, the ‘cosmetic Vantage Volante’.

Chassis ‘15784’ dates from the last year of production, and incorporates the various small improvements made until the end of the V8 line. Ordered in Cannock Black (one of 24) with black leather and matching carpets and lambs wool over rugs, it received the fuel injected engine, automatic gearbox, cruise control, standard Volante grille and a Blaupunkt Lexington radio cassette player. The supplying agent was Gregg Motors in the USA on behalf of their client, a Hollywood superstar at the height of his fame: Eddie Murphy. In September 2009 (at 29,000 miles) the Vantage Volante was acquired via a US dealer by its current Swiss owner, one of the country’s most prominent collectors, to join his private museum. European chrome bumpers were fitted and the Aston Martin was imported to Switzerland with local taxes paid and put through the stringent Swiss emissions tests.