Vittorio Jano was an Italian automobile designer of Hungarian descent from the 1920s through 1960s. He began his career at the car and truck company Società Torinese Automobili Rapid owned by G.B. Ceirano. In 1911 he moved to Fiat under Luigi Bazzi. He moved with Bazzi to Alfa Romeo in 1923 to replace Giuseppe Merosi as chief engineer.

We'll publish a biography on him on the occasion of his anniversary or when it will be reached a sufficient number of cars.
If you would like to share your knowledge and archive, click on the banner JOIN THE LAB - HELP US TO IMPROVE & COMPLETE THE INFORMATION.
The census of all the cars related to this topic is in progress. 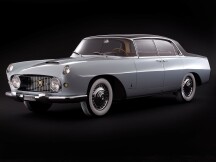