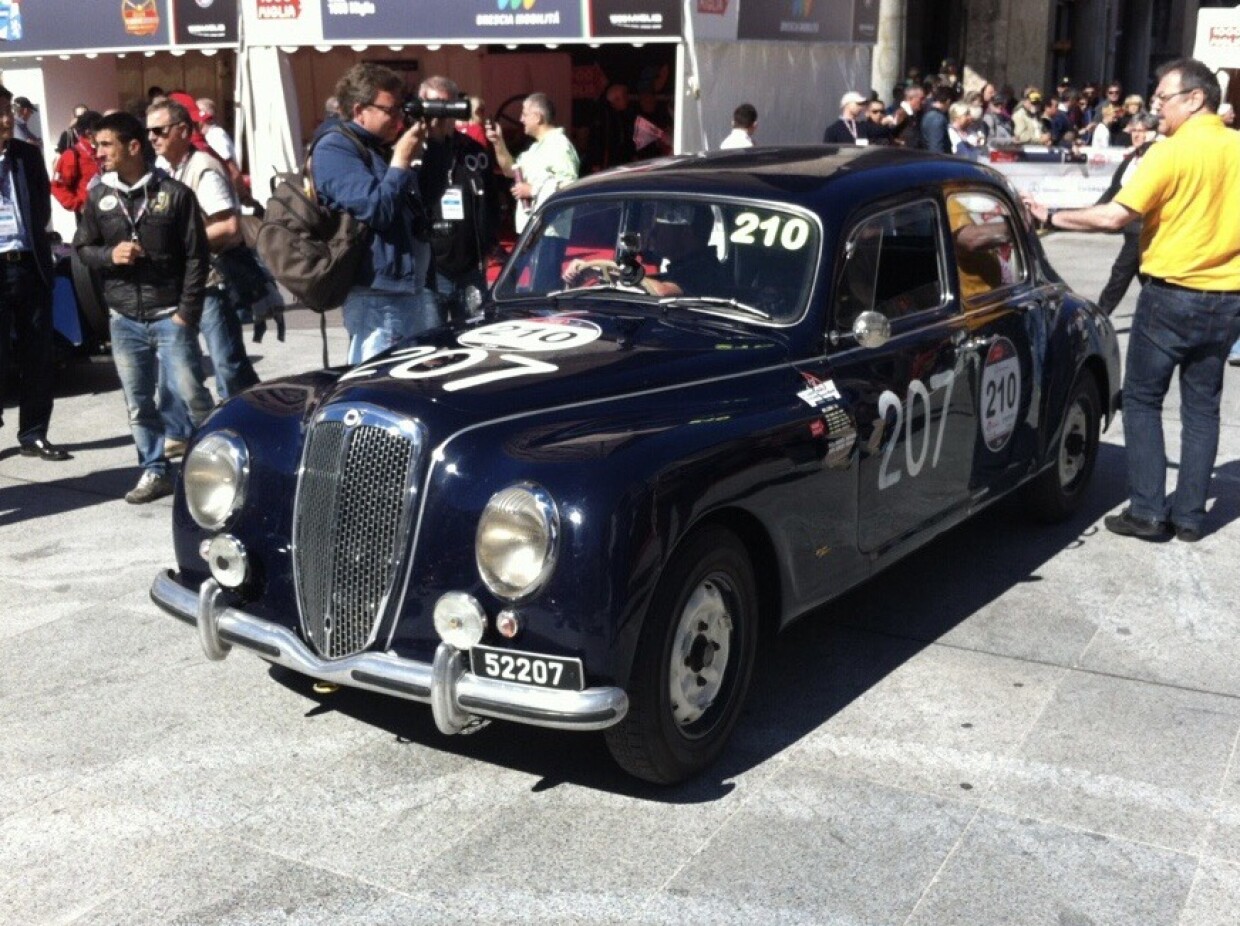 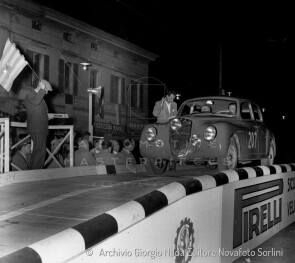 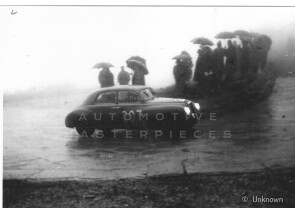 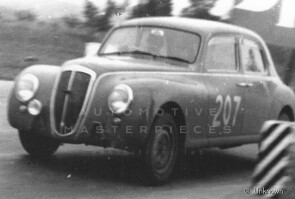 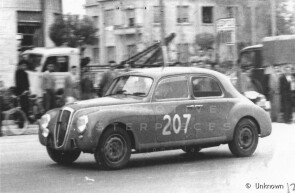 The post-war period brought a desire, a hunger for renewal. People wanted to forget and surpass Everything that reminded of the past and the time before the war. Cars were the "first" example of this thirst for novelty.

Since its appearance, the Aurelia caused quite a stir, mainly because, together with the contemporary Fiat 1400, it represented the first genuinely new "Italian" automotive product of the post-war period.

The first Lancia car of the post-war period, the revolutionary Aurelia designed by Vittorio Jano appeared in 1950. At the Salone di Torino, inaugurated on May 4, 1950, was exhibited the first of all the Aurelia cars, the B10 sedan, featuring a harmoniously rounded line. It boasted a series of revolutionary innovations on the technical level. To mention a few: the first V-6 engine with a V of 60° as standard 1.8 litres, developed by Francesco de Virgilio, the monocoque with independent four-wheel suspension, the new gearbox/differential unit mounted in a transaxle layout, and inboard rear brakes. The bodywork was partly made of aluminium with the windshield and rear window in curved glass. In the Aurelia, especially in this first B10 version, the qualities of comfort, luxury and ride flexibility were favoured. A year later, in the spring of 1951, arrived an engine with a displacement of 2 litres, mounted on the new B20 coupe and, as an alternative to the 1.8 litres, on the sedan that takes the name of B21. The range of the "first series" Aurelia expanded further at the beginning of autumn 1952 when appeared a newlengthened limousine with 6-7 seats, the B15. The Aurelia B20 and B21 obtained - in 1951 and early 1952 - remarkable sporting successes that were, however, severely hindered by the looming rival Alfa Romeo 1900. The Aurelia B21 was a sober, elegant, almost luxurious car with notable performances. As a curiosity and to understand the spirit of the car: in this first series of Aurelia the proportion of cars required with the right-hand drive is nine to one compared to those with left-hand drive. A slightly snobby and somewhat sporting spirit unquestionably prevailed over mere practicality.

Renzo Battaglini, Lancia dealer in Florence, was the first owner of the Lancia Aurelia B21 with chassis *B21-1171* (August 1951). He formed a team with Dino Bassi (not Aldo Bassi, who is much better known) in the MM 1952. Dino Bassi was at his sixth Mille Miglia. The car was fitted with a Nardi tuning kit (twin Solex carburettors and floor gear change). The team was given start number 207 and arrived back in Brescia in less than 17 hours, classified as 117thoverall and 32ndin class.

Renzo Battaglini sold the car in June 1952. Three more owners are documented between June 1952 and October 1954. Later the car was sold to a Fiorentine classic car enthusiast, Mr Caporali, apparently good friend of Gigi Villoresi. Together they participated in the 1991 historic Mille Miglia on this car.

The car was driven between 1990 and 1993 four times in the historic Mille Miglia race. The car came in November 2012 from Italy, via Marreyrt-Classics, to Belgium, where the car was sold and made it available to a Belgian team who faced the 2013 Mille Miglia but, unfortunately, did not arrive. The car came back to Marreyt where the actual owner bought in July 2013. He participated in the MM 2014, 2015 and 2016, each time returning successfully to Brescia.

In 2019 he registered the car, but unfortunately it did not arrive.

There’s no confirmed knowledge about any restoration of the car. The car bears a badge from "Patriarca Roma". It is believed thus that the car has been in the past restored by them. This took probably place before the participation in the MM 1990, but there is no proof, apart from the "Patriarca" badge. There is no news of major restoration by Marreyt before the MM 2013 when the car came to Belgium. In the last years, the most significant repair was the replacement in 2014/15 of the gear box, after trouble with it during MM 2014.