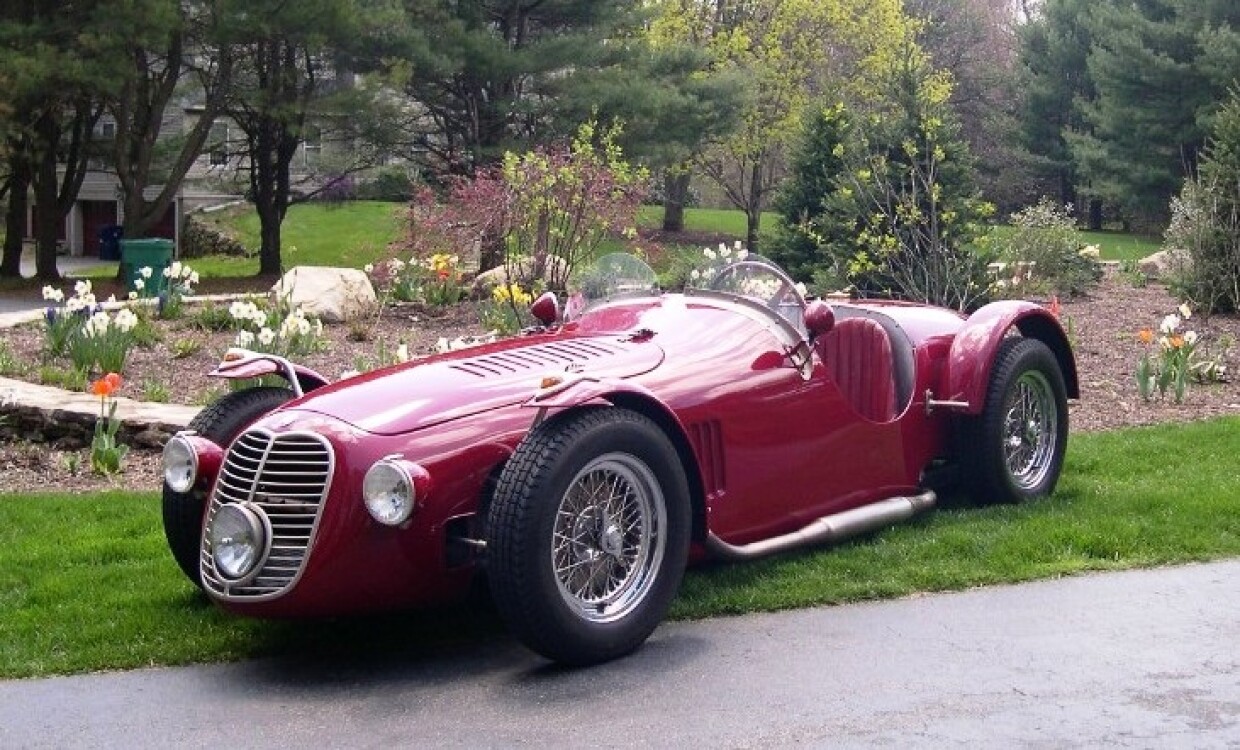 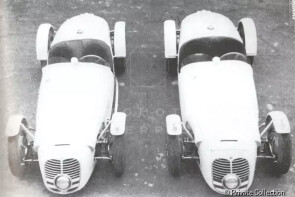 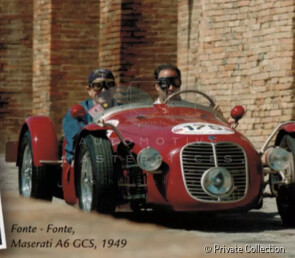 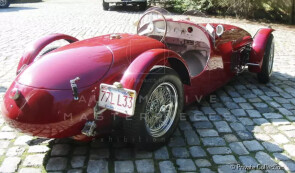 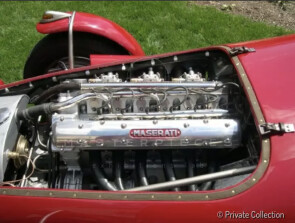 Share on
Owner Private collection
One of 15 "Monofaro" built, features a one-off experimental engine; it is one of two sold in Brazil. It raced in 1952 Grande Premio da Cidade de Rio de Janeiro.

The Maserati new post-war models, which featured the A6 1,500-cubic centimeter six-cylinder and the A6G two-liter six-cylinder engines produced sprightly performance. Officially known as the '2000 Sport', the new Maserati sports racer was much known as the A6GCS. The model designation stands in honour of Alfieri (Maserati) 6-cylinder Ghisa (cast iron crankcase) Corsa Sport. In fact, the car was the last design conceived under the Maserati brothers Ernesto, Ettore and Bindo before their departure, with advice from their eventual successor in the technical department, Alberto Massimino. The first A6GCS was a coupe body but this was quickly abandoned in a favour of a much lighter 'siluro' or cycle fender body, created for Maserati by Medardo Fantuzzi. One of the design's most recognisable features of Series I was a single headlight (monofaro) mounted in the grille. Fitted with a four speed gearbox, the A6 engine was installed in a conventional ladder frame. This was constructed from round-steel side and cross members by specialists Gilco. Suspension was by double wishbones and coil springs at the front and a live axle and semi-elliptic leaf springs at the rear. Houdaille lever arm shock absorbers were found on all four corners, as were the hydraulic operated drum brakes. The A6GCS was campaigned by the works team and also offered to customers. Development on the car was continuous, so no two were exactly with the same characteristics. 15 cars were made, two of them exported to Brazil (this chassis 2012 and 2019) and just a single one to the US. Two team cars raced with Alberto Ascari and Luigi Villoresi during 1947/48, the latter winning the Italian championship both years. It was replaced by a new model that included all the updates. Introduced in 1953, this 'series II' was accordingly known as the A6GCS/53.

Chassis no. 2012 was built by the factory in November of 1949. The engine shares the same number, 2012. During the production of the A6GCS in both series I and II, 2012 is the only engine produced that utilizes a double overhead cam with single plug ignition. This engine has the cam followers mounted from inside the “V” of the head. This mounting design is unique to only no. 2012. This dual cam - single plug configuration, coupled with a unique valve train design was an experimental engine by Maserati and it is the only one known in existence. The factory sold no. 2012 to the ACB (Automóvel Clube do Brasil) in November of 1950. It was raced in both Brazil and Argentina into the late ‘60s. Early in its life 2012 was piloted by Annuar de Goies Daquer and it was entered in 1952 Grande Premio da Cidade de Rio de Janeiro and Grande Premio Quinta da Boa Vista.