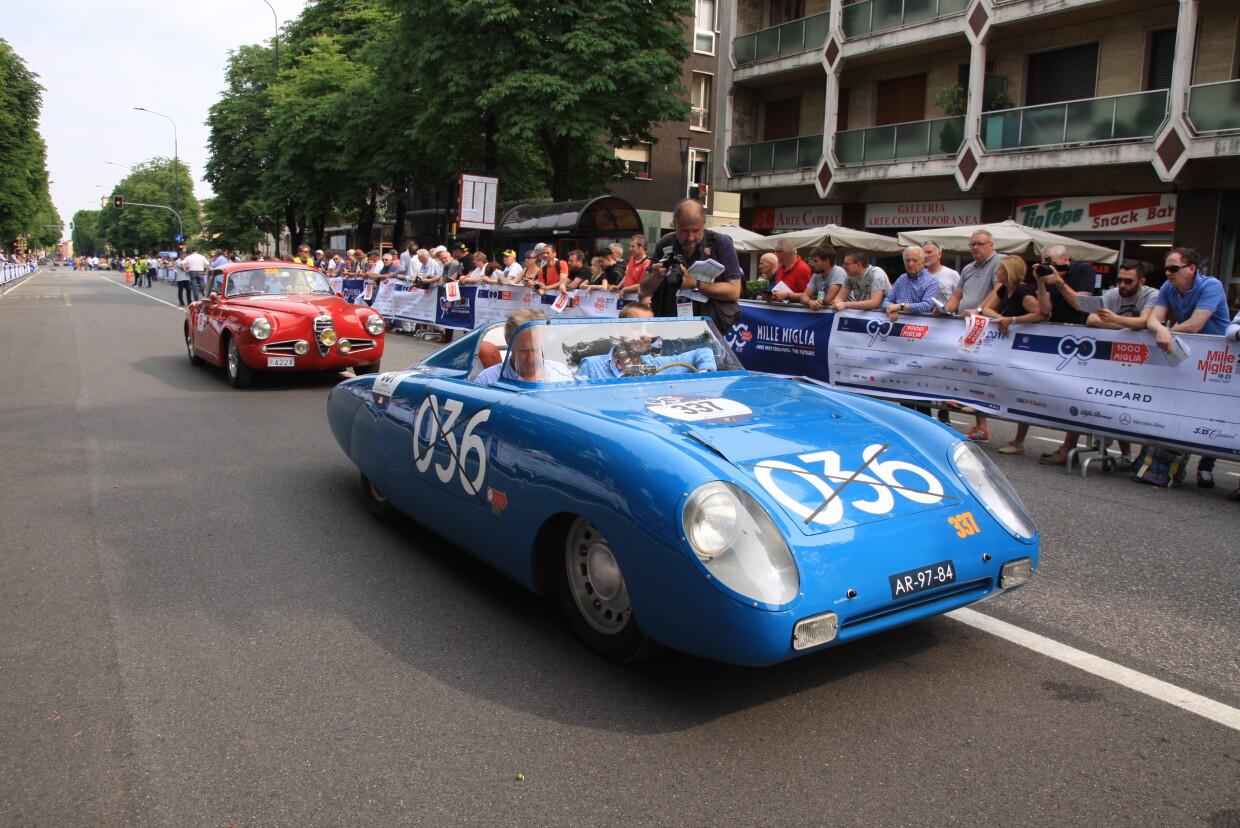 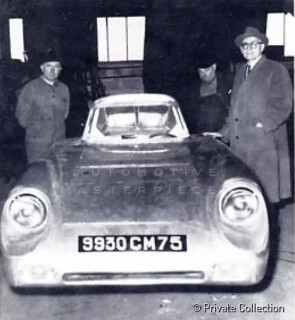 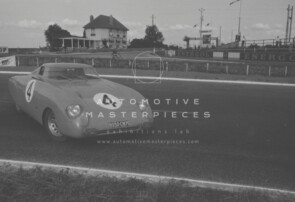 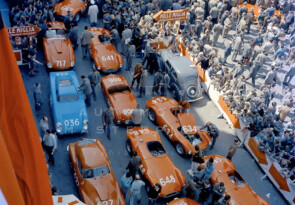 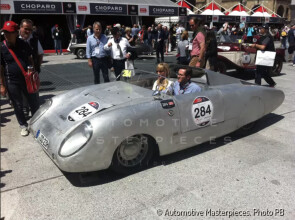 Share on
Owner Private collection
A french little sportscar with a streamlined body. A one-off alloy prototype that raced the Mille Miglia in 1954 and 1955 as well as the 12h de Reims in 1956.

The Renault 4CV was originally conceived and designed covertly by a design team led by the company's Technical Director Fernand Picard and by Charles-Edmond Serre during the World War II German occupation of France. After the war, the French occupation forces arrested Dr. Ferdinand Porsche, as Nazi collaborators. While in prison, the French forced Dr. Porsche to collaborate to design the 4CV. The Renault 4 CV stayed at the top of the sales charts for some years and business must have also flourished for several small companies such as Autobleu. Autobleu was a small, short-lived French automobile maker based in Paris, rue Aumont-Thiéville 15 in the 17th arrondissement. The company was established in 1950 by Maurice Mestivier and Roger Lepeytre. Its original business involved manufacturing components which buyers could use to make their Renault 4CVs go faster. The Renault 4CV was France’s best selling car at this time, and its advertised power output was increased to 17 hp (13 kW) for 1950. The company developed the famous "pipe Autobleu", an improved inlet/exhaust manifold, which was a popular tuning extra on the Renault 4CV and Dauphine in the fifties and early sixties as it gave considerably more power. In May 1953 the press were summoned and the company presented a small stylish luxurious coupé car based on the mechanical underpinnings of the Renault 4CV. It was designed by Ghia, and the first examples were made by Pourtout. Due to quality problems and production delays, the second series of cars were built by Carrosserie Henri Chapron. In 1958 ended automobile production first. As a supplier and in the area of engine tuning, the company continued to exist. At the Geneva Motor Show 1967, a vehicle was presented again, which remained a prototype. The company existed until 1971.

For the Mille Miglia 1954, the only factory race car has been designed, the Model 750 Mille Miles; powered by a revised engine, whose displacement was increased from 750 to 950 cc and 70 bhp. The streamlined body was developed by the aerospace engineer Marcel Riffard and bodied by Carrosserie G.T.R. This alloy prototype is the car with which Jean Bianchi took part in the Mille Miglia in 1954, 1955 and entered but not ran in 1956. The Autobleu 750 Mille Milas ran the 12 Heures Internationales de Reims in 1956. It is believed that the car reached the average of 170 km/h at the Autodrome de Linas-Montlhéry. The car was restored in 2017 and brought back to its original color and livery with which it ran the Mille Miglia in 1955.