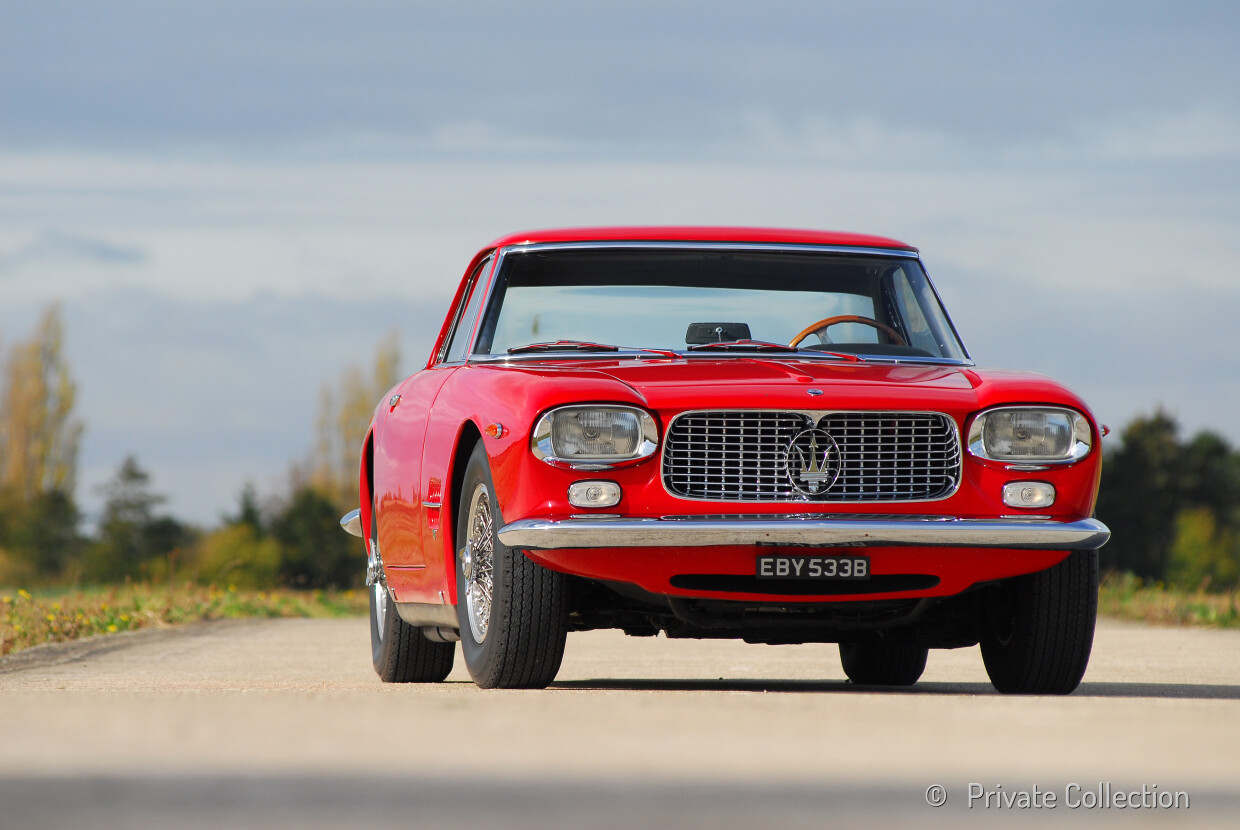 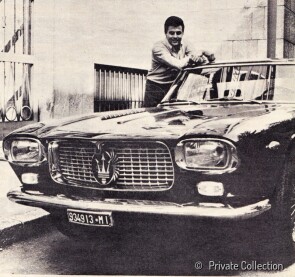 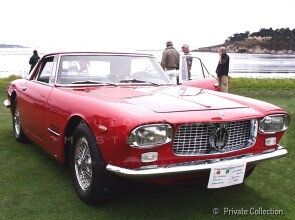 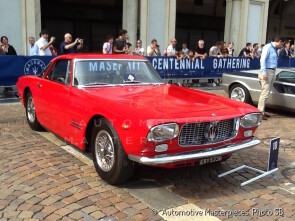 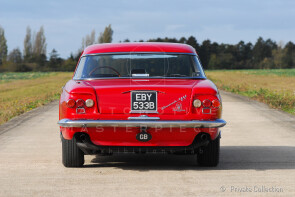 At the end of the 1957 sporting season, the organizers of the World Sports Car Championship, also in the wake of the general consternation caused by the "Guidizzolo tragedy", in order to increase safety in competitions, limited the maximum displacement of the competing cars to 3,000 cc. Following this provision, Adolfo Orsi decided to withdraw Maserati from official competitions, restricting the activity of the racing department to the construction and assistance of cars for the many private drivers supplied by the trident house. The opportunity for a new automotive use came the following year, with the visit to the company of the Shah of Persia Reza Pahlavi, in search of a sports chassis to be completed with Touring Superleggera bodywork. Given the exclusivity and prestige of the customer, Orsi and Alfieri proposed to prepare a new chassis, derived from the "3500 GT" model and equipped with the racing engine of the "450S", after having adapted it to the needs of road use. The proposal was immediately accepted by the sovereign of Persia, a great sports car enthusiast. The first Maserati 5000GT was commissioned by the Shah of Persia, Reza Pahlavi, in the late 1950s. Already a loyal customer of Maserati, he asked for something new and exciting. The result, bodied by Carrozzeria Touring of Milan and with a de-tuned 450S racing engine, was as breathtaking as it was expensive. Named 5000GT, it was built in a small series. The engine was a 5.0 litre V8 with twin-plug ignition and Lucas mechanical fuel injection. It produced 325 hp and was famously tested on the Modena-Bologna autostrada to a maximum speed of 172 mph, making it the fastest car of its era.In all, 34 examples of the 5000GT were built and eight different coachbuilders clothed the cars. After Touring, seven other coachbuilders designed various coupé bodies to the prestigious chassis. Allemano’s design was the most popular version, as 22 cars were fitted with it. In 1960 Giovanni Agnelli purchased a unique 5000 GT with a Pinin Farina body, whilst two years later the Aga Khan bought a 5000 GT with stunning Frua coachwork. Also Monterosa, Bertone, Vignale and Frua worked on the chassis.

This particular 5000GT Allemano was commissioned in 1962, in the exterior red colour with black Connolly leather interiors. Originally sold new in January 1964 to Sig. Alfredo Belponer, owner and President of the Scuderia Brescia Corse Racing Team, it was used to drive to the Italian Grand Prix at Monza that year. Soon after, it was sold to Italian singer, Antonio Ciacci, otherwise known as “Little Tony” and appears in 1965 in an advertisement with Little Tony for “Brilliantina Linetti”. By the mid-1960s the car had left Italy and was thought to have been sold to Switzerland. During the 1970s the car was exported to the USA and was owned by Joe Walsh of the rock group The Eagles. On a following solo album, Walsh wrote a song called “Life’s been good” with the lyric; “My Maserati does one eighty-five, I lost my licence, now I don’t drive”, clearly a reference to his 5000GT. From Walsh, the car was sold to another celebrity owner, Henry Vestine from the group Canned Heat – it was indeed ‘On the Road Again’.