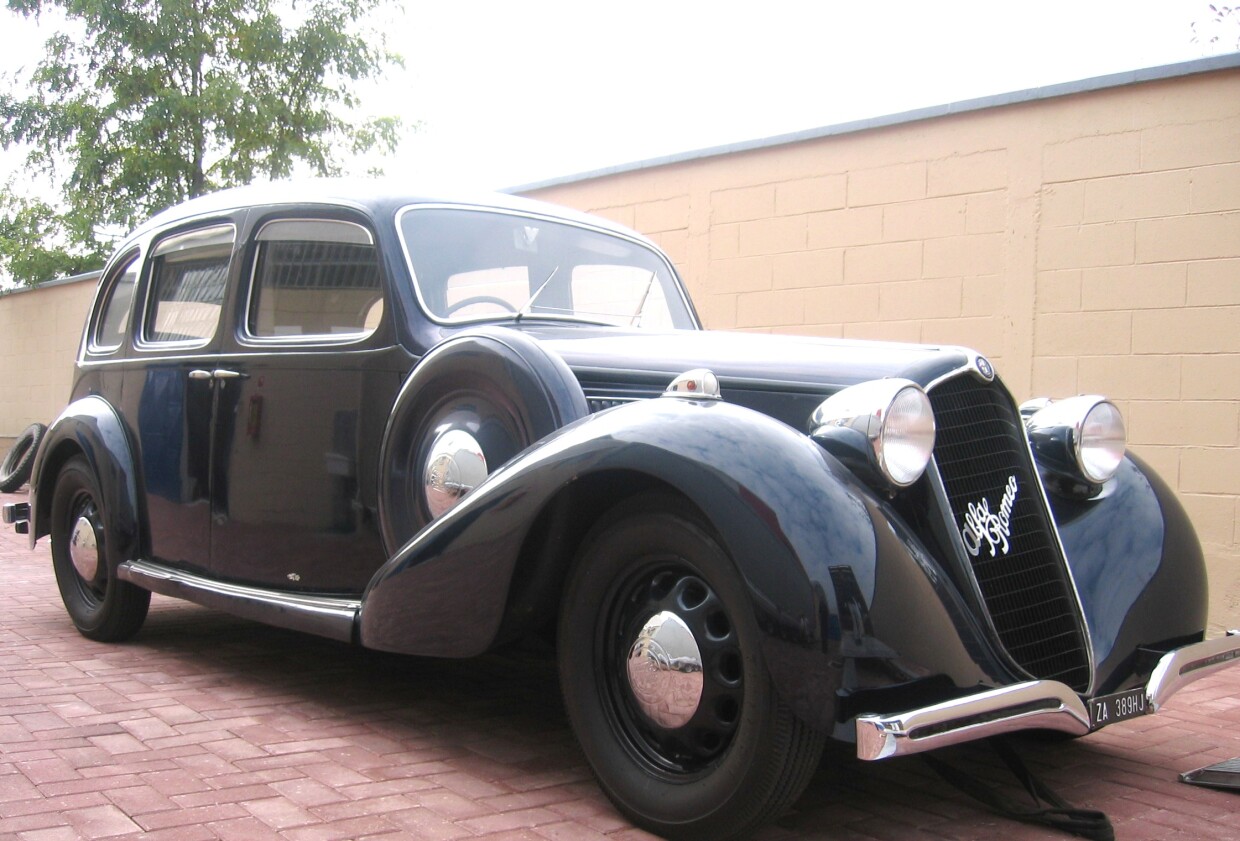 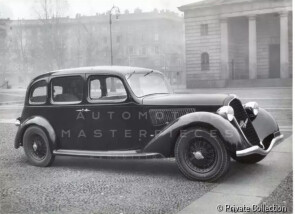 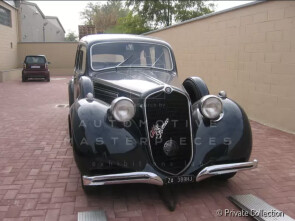 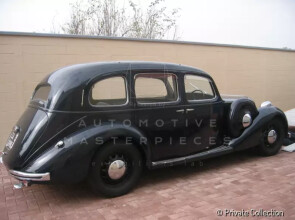 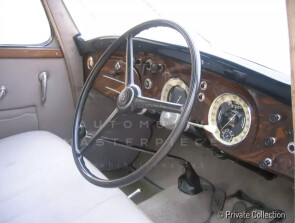 Share on
Owner Corrado Lopresto (IT)
Sometimes also called “ministeriale”, this imposing six-seater is the long wheelbase version of the 6C 2300B. Since 1990 in the collection of Corrado Lopresto.

The history of Alfa Romeo coincides basically with that of the history of the automobile and features many stories and numerous cars. The Alfa Romeo 6C stands out amongst the most representative models – the cars of the beginning and the modern post-war ones, and the racing and touring cars. The long journey of the Alfa Romeo 6C lasted almost 25 years, accompanying Alfa Romeo industries from the 20s to the 50s. In the early 1920s, Vittorio Jano was commissioned with creating a lightweight, high-performance vehicle to replace the large and heavy RL and RM models. Between 1927 and 1954, the Alfa Romeo 6C was produced in a series of models: road, race, and sports cars. The "6C" name refers to the number of cylinders of the car's straight six-cylinder engine. The different models’ bodyworks were made by coachbuilders such as Castagna, James Young, Pinin Farina, Touring and Zagato. From 1933, a custom-made Alfa Romeo’s built bodywork became available; it was made in Portello. The car was introduced in April 1925 at the Salone dell'Automobile di Milano as the 6C 1500. The 2-litre formula - that led Alfa Romeo to win the Automobile World Championship in 1925 - changed into the 1.5-litre formula for 1926’s races season. The production started in 1927, with the P2 Grand Prix car as a base model. The more performative 6C 1750 was introduced in 1929 in Rome. The car featured a top speed of 95 mph (153 km/h), a chassis designed to flex and bend over curved surfaces, as well as sensitive geared-up steering. It was produced in six series between 1929 and 1933. The base model had a single overhead camshaft. The Super Sport and Gran Sport versions had a double overhead camshaft (DOHC), and a compressor was available. Most of the cars were sold just as a chassis then bodied by coachbuilders. The 1750 quickly gained a reputation for winning races. In 1933, the last year of the 1750 production, the new Alfa Romeo 6C 1900 version was introduced, with a displacement of 1917 cm³ and with a light alloy head – used here for the first time. To satisfy the market’s request for a high-performance automobile sold at a lower price, Alfa Romeo introduced a new car at the Salone dell’Auto di Milano in 1934: the 6C 2300. The car was designed to replace the 6C 1750 and its derivate, the 6C 1900. Despite the many successes, the 8C 2300s remained designated for races and never appeared in the sales catalogues. The 6C 2300 debuted at the 1934 Giro Automobilistico d’Italia. However, only at the 24 Ore di Pescara, three Gran Turismo cars with bodyworks by Carrozzeria Touring won the first three places. Therefore,  after the race, Alfa Romeo began to sell the model under the new name “Pescara”. The 6C 2300 was available as Turismo and Gran Turismo. The Gran Turismo version had better performances and also the reduction of the wheelbase (2920 mm). Except for the reduction in length, the chassis was identical to that of the Turismo model and was not distinguished by any particular technical innovations. Production was limited to 1934, and the chassis of all Gran Turismo versions were numbered from 700101 to 700635. A total of 1.606 specimens of 6C 2300 were produced, including bare chassis for the coachbuilders and complete cars. Alfa Romeo cars were absolute leaders in the history of the Mille Miglia race, and the various 6C models participated with actual squadrons, led by the most talented drivers of the time. The 6C 2300 participated in the Mille Miglia in four different years. Its debut was in 1935 when a specimen led by Franco Cortese earned the 8th place overall. At the 1936 Mille Miglia, three out of four participating 6C 2300s ranked 9th, 11th and 13th overall. Ercole Boratto, Mussolini's driver, drove the last one. The 6C 2300 were also the only ones registered, in that year, in the "Classe oltre 2.000 cc senza compressore" and, therefore, they were 1st, 2nd, 3rd in their class. In 1937, the 6C 2300 ran the Mille Miglia with 10 cars in their various versions. Ercole Boratto earned the best result in arriving 4th overall. In 1938, the 6C 2300 ran the Mille Miglia with 12 cars in their various versions. Franco Cortese earned the best result inarriving 9th overall.

The feature of the new 6C 2300 B was a highly sophisticated chassis. It was launched in 1935 and remained in production until 1938, and until 1939 for the Corto and Lungo models; it was then followed by the 6C 2500. It was embellished by four-wheel independent suspension, a rear swing axle and hydraulic brakes. Only the engine stayed almost identical to the preceding 6C 2300 model of the previous year but nothing resembled the initial production. The 6C 2300 B Turismo was launched in 1936. It was clearly a vehicle without competitive claims but suitable for accommodating voluminous bodywork due to the wheelbase of 3250 mm. It remained in production the following year as well and met with a certain interest, particularly in the configuration with Alfa Romeo bodywork. In 1938, the decision was taken to offer an alternative with two chassis named 6C 2300 B Corto and Lungo (Short and Long). Both were supplied with Alfa Romeo bodywork, the former elegant and the latter considerably larger, a saloon car with 4/6 seats.

Alfa Romeo 6C 2300 B Lungo with chassis no. 814279 is one of the remaining long wheelbase version of the car. The car has a known owner history. It was destined, as was usually the case for these models (sometimes also called "ministerial"), as a car used for representation purposes and, in some phases of its long life, for rental with driver. Since 1990 the car has been part of the huge Corrado Lopresto collection.