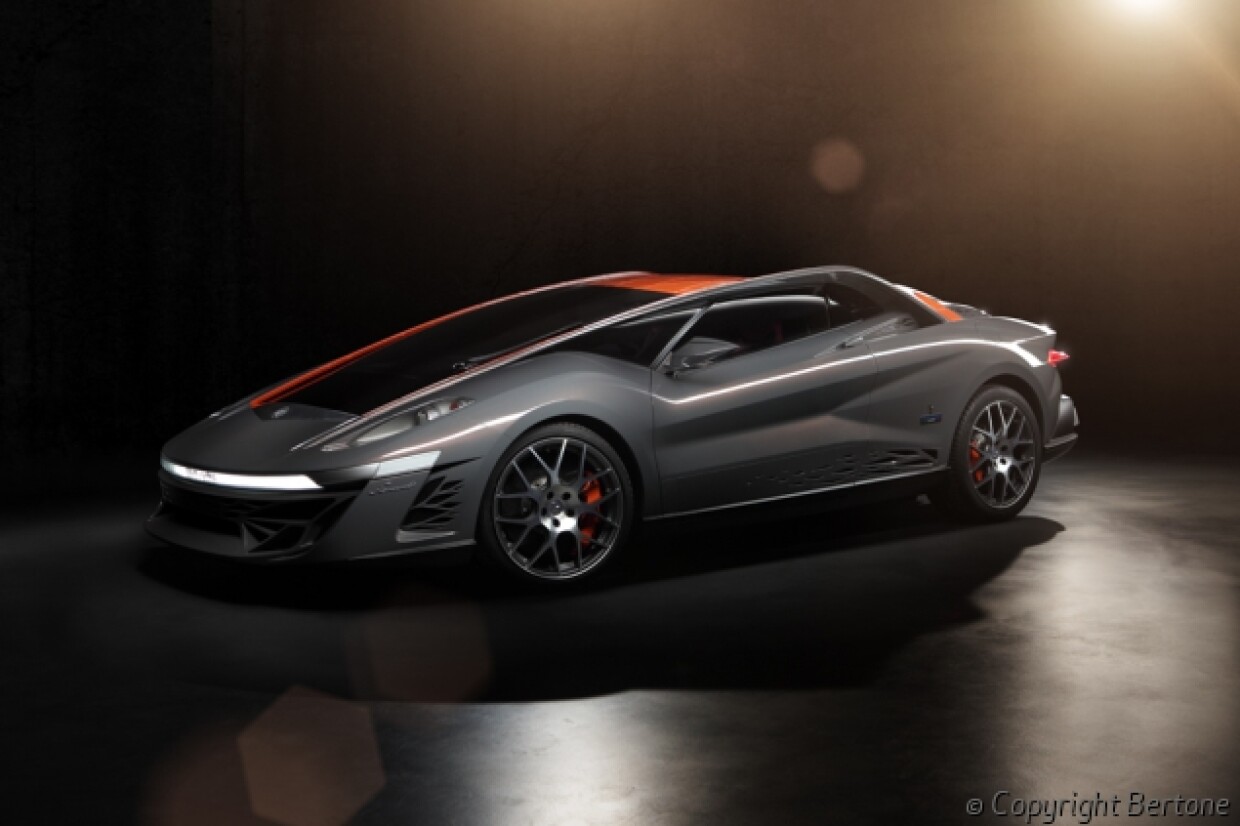 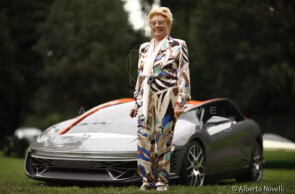 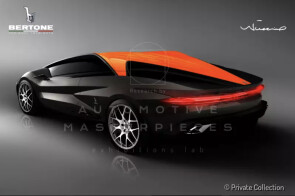 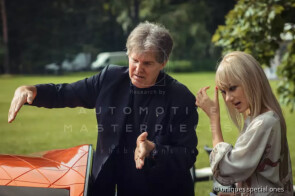 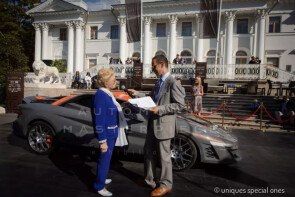 Share on
Owner ASI - AUTOMOTOCLUB STORICO ITALIANO (IT)
Designed for Bertone’s Centennial, Nuccio is a tribute to the company’s historical owner. A low, muscular monovolume layout refers to Bertone designs of the past.

Built to celebrate the 100th anniversary of Turin-based design house Bertone, the Nuccio is named after the son of Bertone's founder - the man who took charge of the design house following WWII and styled a great many concepts. Designed by Bertone Design Director, Michael Robinson, the Nuccio is powered by a mid-mounted 430bhp V8 engine, and takes its influence from the 1970 Lancia Stratos Zero concept. The car has a low and muscular, mono-volume architecture, which coherently refers back to some of the most historical Bertone concept cars of the past, true milestones of car design: the Alfa Romeo Carabo (1968), the Lancia Stratos Zero (1970) and the Lamborghini Countach (1971). At the same time, by pushing the mono-volume concept to new extremes, the Nuccio develops an unique form language. The Nuccio was born under the Bertone brand because, thanks to the opportunity of the Centennial, the company wanted to reaffirm its independence by expressing a "pure" concept which is not bound by any other brand identity. A tribute and a challenge, but first and foremost the promise that Mrs. Lilli Bertone made to her husband Nuccio, on the eve of the Geneva Motor Show in 1997: she promised that she would forever carried on the company in his name. The powerful form language of the Nuccio, conceived by the creative team led by Design Director Mike Robinson, expresses the evolution of the "cab forward", mono-volume concept, the advanced, integrated greenhouse which Bertone invented back in 1967 with the Carabo, then refined in 1970 with the Stratos Zero, and finally put into production in 1973 with the Lamborghini Countach. "Cab forward" architecture means that the passenger cabin of the car is moved forward to make room for the central engine, facilitating the integration of the hood, windshield, and trunk into a single gesture. The wedge-shaped body side of the Nuccio is enhanced by a clever interplay of concave and convex volumes which give the impression of flexed muscles. Clearly inspired by organic worlds, the "viral" graphics seen in the car, both inside and out. The LED exterior lights are thin horizontal "light bars" which extend across the entire width of the front and rear ends of the car. In terms of preventive safety, Nuccio presents a novelty: the front brake light, patented by Bertone. The concept car was presented at the Geneva Motor Show, on 8-18 March 2012.