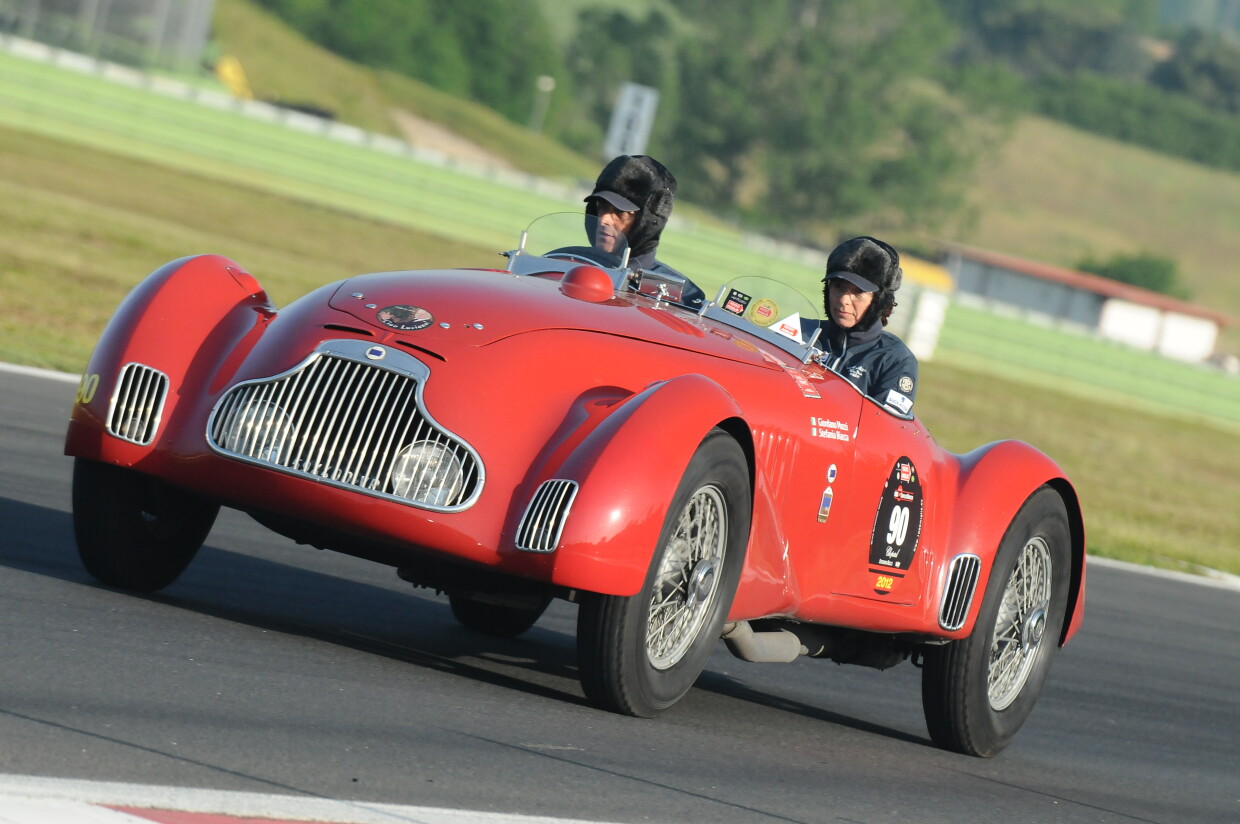 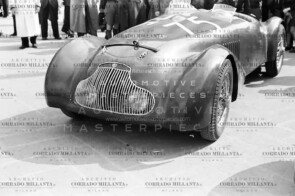 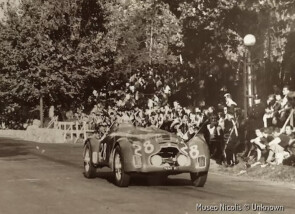 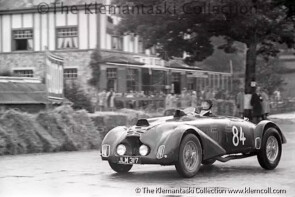 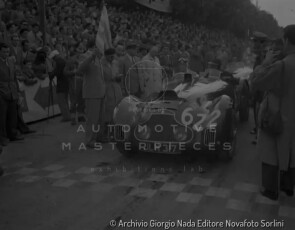 Share on
Owner MUSEO NICOLIS (IT)
The car was prepared in 1939 by Carrozzeria Colli, by order of the Milanese Scuderia Ambrosiana, for one of the Scuderia top drivers: Luigi Villoresi.

The Lancia Astura is a car produced by the Turin-based company from 1931 to 1939. In Lancia, at the beginning of the thirties, the most recent model is represented by the large Dilambda (released in 1929) while the Lambda seems to have completed its ten-year cycle and must therefore be replaced. The Dilambda was an 8-cylinder V with 4 liters of displacement, while the Lambda, which originally had a 2.1-liter engine, in the last series exceeds the threshold of 2 and a half liters. Without prejudice to the major role of the Dilambda, it is therefore thought to replace the Lambda with two models, very similar to each other even if intended for different customers: on the one hand, the Artena, a 4-cylinder with less than 2 liters of displacement, from the another is the Astura, with a V8 of only 2.6 liters. Basically, the two new Lancia creations are distinguished by the engine, but the wheelbase dimensions are also different (299 cm the little Artena, 19 cm more - in order to accommodate the more bulky 8-cylinder engine - the big sister). For Astura (no longer a Greek name, therefore, but that of a historic castle located near the Roman city of Nettuno) an 8-cylinder V engine (opening 19°) was studied, which is essentially a " Dilambda" engine simplified and reduced in displacement, which here is only 2606 cc and reaches a maximum power of 72 HP at 4000 rpm. Apart from the cast iron cylinder block, the triple distribution chain and the self-cleaning oil filter, the most salient feature of the engine is given by the cylinder head, which has a very particular shape, in two pieces, with a lower part (in cast iron) containing the valves and an upper part (in aluminum) with the rocker arms and the relative shaft (the central camshaft rotates between the two heads). The (water) engine cooling system is also that of the Artena, with thermostatic control of the throttling action. The centralized lubrication system is also adopted in the Astura. Having abandoned the load-bearing body typical of the Lambda, the Astura (like its smaller sister Artena) has a frame in which the basic structure consists of two vertical boxed sections, an "X" -shaped reinforcement, and side members slightly converging at the front: two longitudinal round tubes, which branch off from a reinforcement crosspiece, are then integrated with the ends of the side members. Mixed suspension system adopted: at the front we find the classic Lancia scheme (although this time without the oblique reinforcements, which on the Lambda connected the radiator frame with the suspension cylinders, no longer necessary due to the greater rigidity achieved), while at the at the rear there is a normal rigid axle with semi-elliptical leaf springs and friction shock absorbers (Siata). Feeded by a double-barrel Zenith carburetor, the Astura has a remarkable drive thanks to the good weight/power ratio due to the weight of the frame, which is contained within the ton (960 kg): even the sedan version weighs just 1,250 kilograms. The maximum speed is around 125 km per hour. Produced with a sedan body (with 4 lights and 4-5 seats or with 6 lights and 6-7 seats) made by the house itself, the Astura will however be the queen of the custom-built cars of those years: almost all the Italian coachbuilders and many foreigner coachbuilders will produce special editions. Among the best known names: Bertone, Boneschi, Borsani, Brianza, Castagna, Colli, Garavini, Ghia, Stabilimenti Farina, Touring, Viotti and, among foreigners, Weinberger & Buhne, John Charles, Abbott, Kevill Davies & March. For example, the cabriolet version presented by Pininfarina in 1936, after many years, obtained again the victory in the annual Pebble Beach Concours d'Elegance in 2016. Always a cabriolet version, this time by the Stabilimenti Farina won the Concours d'eleganza Villa d'Este in 1947, although it did not have a commercial following. Presented for the first time at the Paris Motor Show in October 1931, the Astura undergoes, after about a year, some detail changes (second series), then, in 1933, with the third series, the changes are made more consistent: the chassis is doubled (two different wheelbase sizes are made available) the engine is increased in displacement (from 2.6 to 3 liters) and in power (about ten more HP) and also the braking system undergoes several improvements. Other important changes, in particular to the chassis, took place in 1937 with the advent of the fourth series, which in fact took the place of the Dilambda (which has now disappeared from the price lists) and whose chassis is often used to house Ministerial type bodies (Boneschi and Pininfarina the authors of most of these bodies, sometimes monumental). From the engine of the last series of the Astura derived the engine of the Lince armored car, sometimes referred to as the Astura armored car. A total of 2,912 Astura were built.

Although it was created to be the Lancia luxurious flagship car, the Astura was often raced by private drivers. With the introduction of the Sport Nazionale category, Lurani and Minetti’s Scuderia Ambrosiana, behind which there was probably Lancia itself, prepared an Astura in compliance with the dictates of the AlACR’s attachment C. The car shown in the Museum Nicolis was prepared in 1939 by Carrozzeria Colli, by order of the Milanese Scuderia Ambrosiana, for one of the Scuderia top drivers: Luigi Villoresi. The car, whose engine gave 110 bhp compared with 82 bhp of the series version thanks to an experimental hemispheric cylinder head similar to the one of the new Aprilia, was entered to the 1940 Mille Miglia, but unfortunately Gigi Villoresi had a road accident during the running in of the car and so he could not participate in the race. In the post-war years, this car was raced by several Italian drivers, among whom Franco Cortese who gained the highest success, before being sold to the English drivers John Gordon and David Lewis who drove it at 1948 Mille Miglia, 1948 Grand Prix International 24 Heures Spa and 1949 Mille Miglia. Ended its race career, the car was used for much less noble actions: the smuggling of precious watches from Switzerland to Italy. Seized by the Swiss police, for many years the Astura remained forgotten in a warehouse, where it was rediscovered by Luciano Nicolis who brought it to Italy and had it restored in order to proudly use it at the most prestigious classic car events.