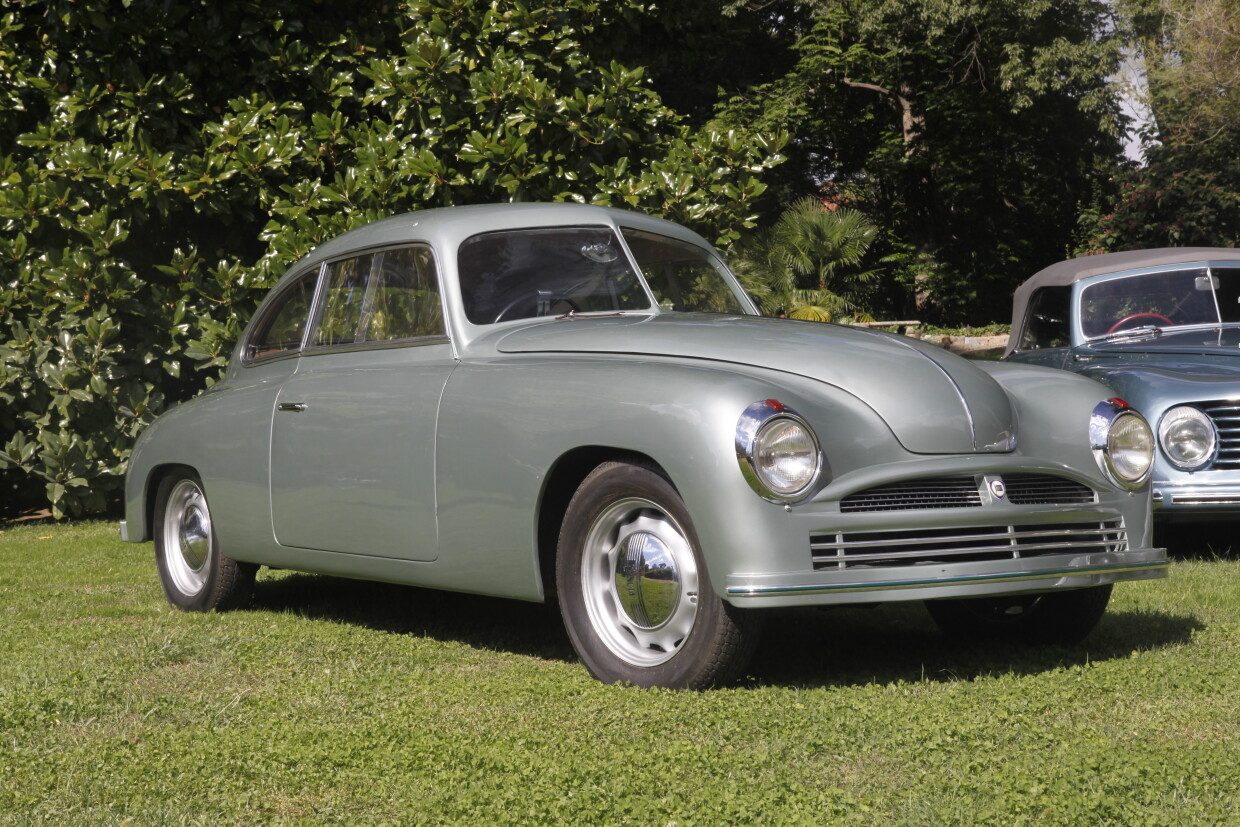 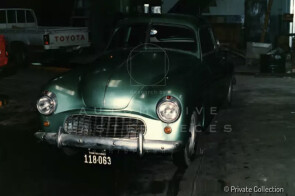 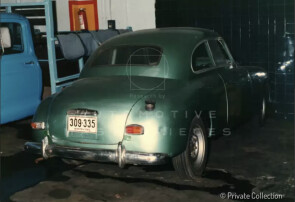 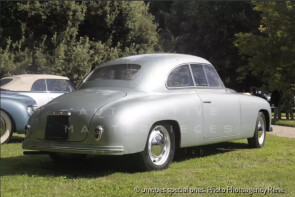 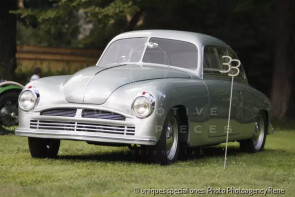 Share on
Owner Private collection
One of the three Bertone built of this type with Lancia brand, probably the only one surviving. On the basis of a 2nd series Lancia Aprilia; one of the latest.

At the end of WWII, the Modenese Vittorio Stanguellini returned to racing with unchanged energy and got to work on the new series of 1100 Sport National, which were raced by several drivers at the 1947 Italian Championship. During the season the 1100 Stanguellini obtained 10 overall and 37 class wins and Nuccio Bertone was one of these successful drivers. But the meeting between Bertone and Stanguellini also led to a business agreement with the birth of a small series of a lightweight “4-seater Berlinetta Special” or “Sport”. It was designed for Carrozzeria Bertone with ponton styling by Fabio Luigi Rapi. Bertone exhibited the first specimen at the 1947 Villa d'Este concours. The Berlinetta was introduced with a Fiat 1100B chassis and a tipo 108 engine (the standard 32 hp improved by Stanguellini to 43 hp). Later it was built on a Fiat 1100 E chassis and fitted with the 60 hp Stanguellini 1100 engine. Bertone bought the Fiat chassis, Stanguellini improved the engine in Modena and later Bertone made the body and fitted up the rest. The Berlinetta was produced between 1947 and 1954, in two different versions with an alloy or steel body. Some Fiat 1500 6 cylinder and Lancia Aprilia were based on this model, built with a welded steel one-piece shell. The price in 1948 was 2.8 millions liras as like as a Lancia Aprilia Pinin Farina cabriolet. Thanks to the shape and to the weight it could compete with the Fiat 1100S (51 hp) because it had a max speed of 150 Km/h.

The Lancia Aprilia (1937–1949) was a revolutionary car, one of the first designed using wind tunnel in collaboration with Battista Farina and Politecnico di Torino, achieving a record low drag coefficient of 0.47. The berlinetta aerodinamica was first shown in 1936. Production commenced in February 1937, the month in which the firm's founder died: this was the last of Vincenzo Lancia's designs, featuring four pillarless doors. The first series (mod. 238, 10,354 units, 1937–39) featured a 1,352 cc V4 motor providing 47 hp. The second series (mod. 438, 9,728 units, 1939–49) had its engine capacity increased to 1,486 cc, which provided 48 hp. With the Aprilia Lancia followed their tradition of offering cars with the steering wheel on the right even in markets seen by other manufacturers as left hand drive markets.

This car spent most of its life in Uruguay. The chassis corresponds to a second series and to one of the latest Lancia Aprilia produced in bare chassis version (mod. 439) for coachbuilders, the number 12000 compared to the 12252 which results to be the last (10001 being the first). It is one of the three Bertone built of this type with Lancia brand, probably the only one surviving.