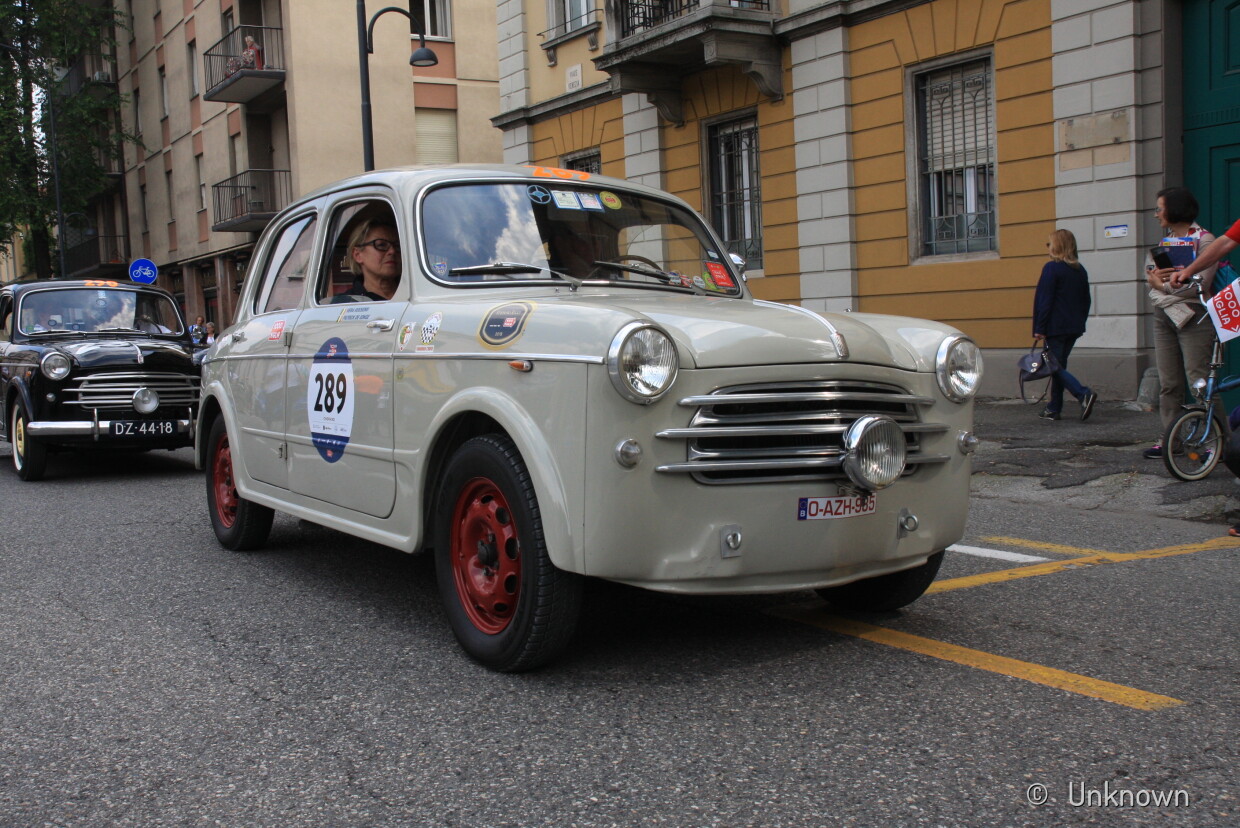 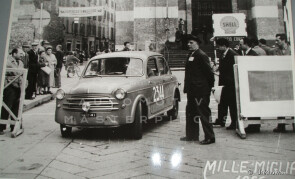 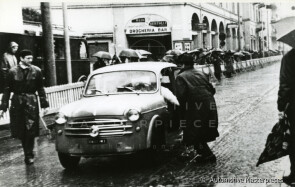 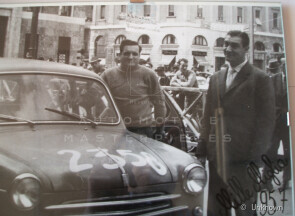 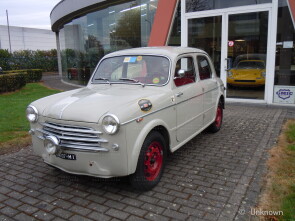 Share on
Owner Private collection
A family car for the races. Twice at the Mille Miglia in 1956, ranking 11thplace in class, and 1957. For fifty years in the hands of the same owner.

Many cars are loved for one reason or another. Some recall precise aspects of our history. Few, like the Fiat 1100 tell so many stories of Italy from the late 30s to the late 60s. The 1100 was the “child” of the Fiat 508C, the New Balilla 1100, and it quickly acquired the nickname "musone" for its imposing front grille. It underwent many evolutions to arrive in 1953 with the “birth” of the 1100/103. A totally new car, equipped with a monocoque chassis. It was on this that the designers, in the electrifying years of the “boom”, went wild in designing sports and elegant models. Pinin Farina being among the finest.

The Fiat 1100/103 was introduced in 1953; compared to the 1100 E it had a modern 4-door sedan body with integrated mudguards and front lights. Technically, apart from the transition to the monocoque solution, it was a classic design: rear-wheel drive, independent front, rear live axle and drum brakes. The name of the new model (1100/103) came from its project number. The model, despite being a family car, was immediately successful with sportsmen; even Enzo Ferrari complimented it. In October 1953, the car became available in an openly sports version, the 1100 TV (Turismo Veloce). In 1956, a restyling involved all 1100/103s, giving birth to the 103 E series.

Fiat 1100/103, chassis no. 103*021504* is a car produced in Turin in early 1953 and delivered with a certificate of origin dated August 10, 1953. This “normal” sedan had a strong linkage with the Mille Miglia race. In fact, it was set up to participate twice in the red arrow, in 1956 and 1957. It was deeply tuned to face the long-distance race and had its best result the first year. In 1956 Angelo Cazzulani, together with Alessandro Moroni, at the time owner of the car, ranked a good 11thplace in “Turismo Speciale” class and 128thoverall. The following year, for the colors of the Scuderia Mediolanum team, again with Moroni, but with Raffaele Cammarota, aka “Laroche”, at the wheel the car participated but, sadly, didn’t finish. Mr. Moroni kept the car for a long period of time, from 1956 to 2007, then the car became part of important collections and was completely restored. From 2008 onwards the car found its way back to the Mille Miglia, participating in many Mille Miglia re-enactments.