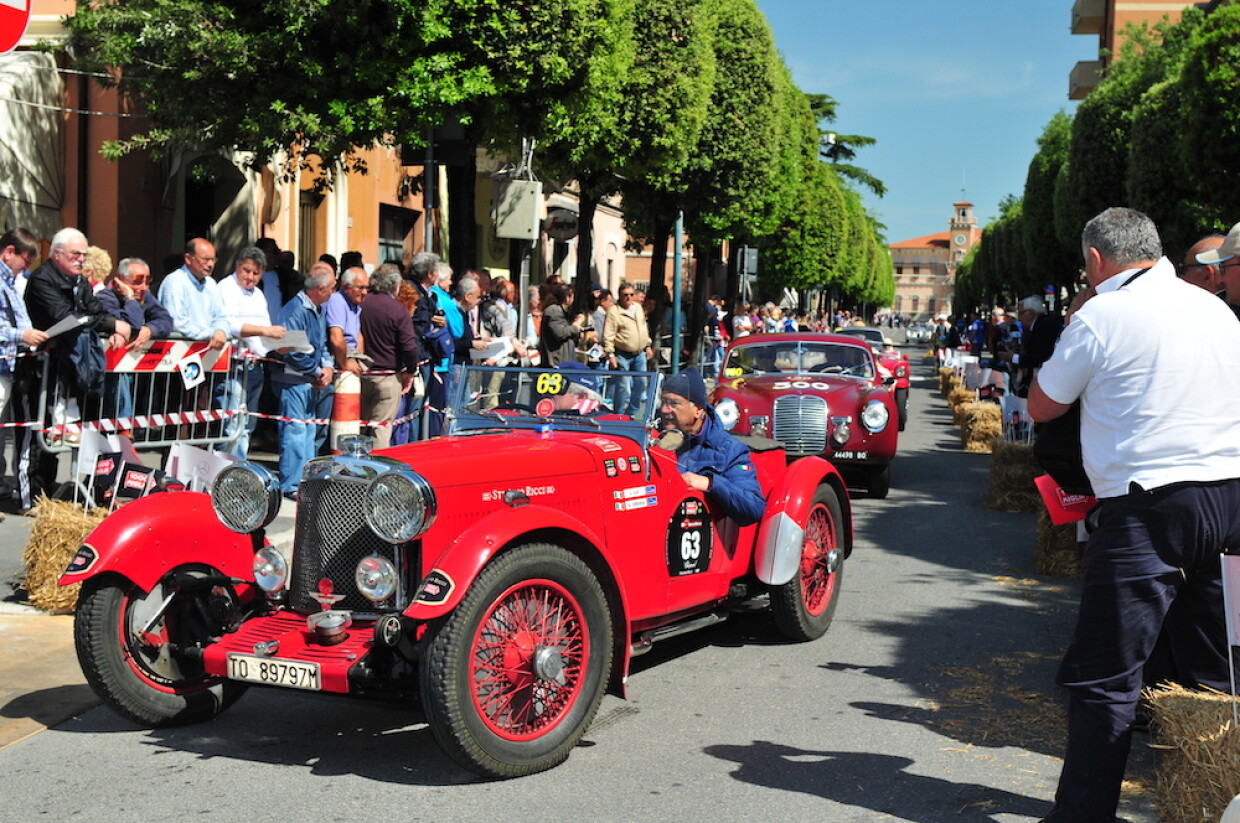 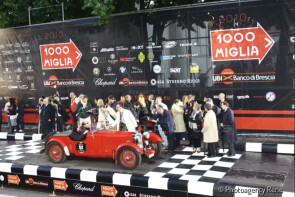 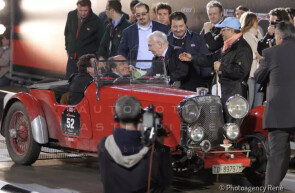 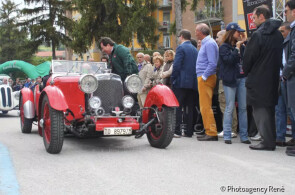 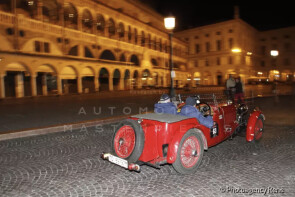 Share on
Owner Private collection
A long chassis model and one of just 130 Aston Martin all models built in 1933. Fifteen examples like this have been built in order to market a sporty 4 seater.

Aston Martin was one of the first car manufacturers to use the Le Mans designation in its production car model names, courtesy of its class win and fifth place overall in the 1931 Le Mans race. For the 1931 London Motor Show at Olympia, Aston Martin introduced a near replica of their current team cars, a strict two seater called the International Le Mans. The early 1930s was a period of economic recession and with sales of expensive quality cars falling off, some serious rethinking had to be done at Feltham. The prudent decision was taken to redesign the International chassis using proprietary components to reduce cost. The original line-up of what would become known as the ‘2nd Series’ did not last long, the New International and two-seater Le Mans disappearing from the range before the end of 1932. The conceit of use the Le Mans label was fully justified when the model placed 5th and 7th in the 1932 race and collected the Rudge-Whitworth Biennial Cup. The second series of 1.5-litre cars was introduced in February 1932 with the Le Mans model being launched at the London Motor Show of that year to celebrate the success on the marque in the great race and displayed together with an International and a 4-door saloon models. Whilst looking very similar to its predecessor, this car was quite different internally. Aston Martin, encouraged by the car’s reception, began to offer alternative wheelbase lengths: 102 inches/2591 mm or 120 inches/3048 mm and a choice of open two-seater or four-seater bodywork. Aston Martin’s single-overhead-cam four-cylinder engine with a Bore/Stroke of 69.3 mm x 99 mm, had first been seen in the 1927 models, was highly efficient and now had an output of 70 brake horsepower (52 kW) at 4750 rpm from 1.5 litres, an outstanding development by early 1930s standards. A Laycock transmission was now mounted to the engine, twin Horizontal SU carburetors and a racing-style dry sump were fitted. The gearbox was a four-speed close ratio unit. The aluminium body was mounted on a separate steel chassis which had beam axles front and rear with semi-elliptic leaf springs. 4-Wheel drum brakes, mechanically operated at the rear, and by cable at the front were used. The Le Mans model was a true production car unlike the rare Le Mans teamcar 'replica' of 1931. During 1932 the Aston Martin International Le Mans had slowly sold at £650; the 1933 Aston Martin Le Mans model retailed at £595, thereby increasing the chance of the car selling faster. According to the standards of the early 1930s, Aston Le Mans were speedy cars – compared to the pace of the MG and Singer- with a top speed in the region of 85 mph (137 km/h) and acceleration from 0–50 mph (0–80 km/h) in 16 seconds. In order to market a sporty 4 seater, Aston Martin introduced a Le Mans with a full 4 seater open body at the 1933 Motor Show. Known as the Le Mans 4 seater Special, the car was built on an extended Le Mans chassis but with low sporting build, external exhaust and cycle wings. Fifteen examples were constructed. Long, low, and immediately recognisable by their unique lower radiator style and low bonnet line designed by Enrico Bertelli Ltd., these cars had great character, riding hard, but making all the appropriate mechanical noises. They were exclusive too, for in 1932 and 1933, only 130 Aston Martins of all types were produced.

This Le Mans 2/4 seater model built on a long chassis was one of just 130 Aston Martin all models built in 1933 and one of a total of 15 four-seaters built.