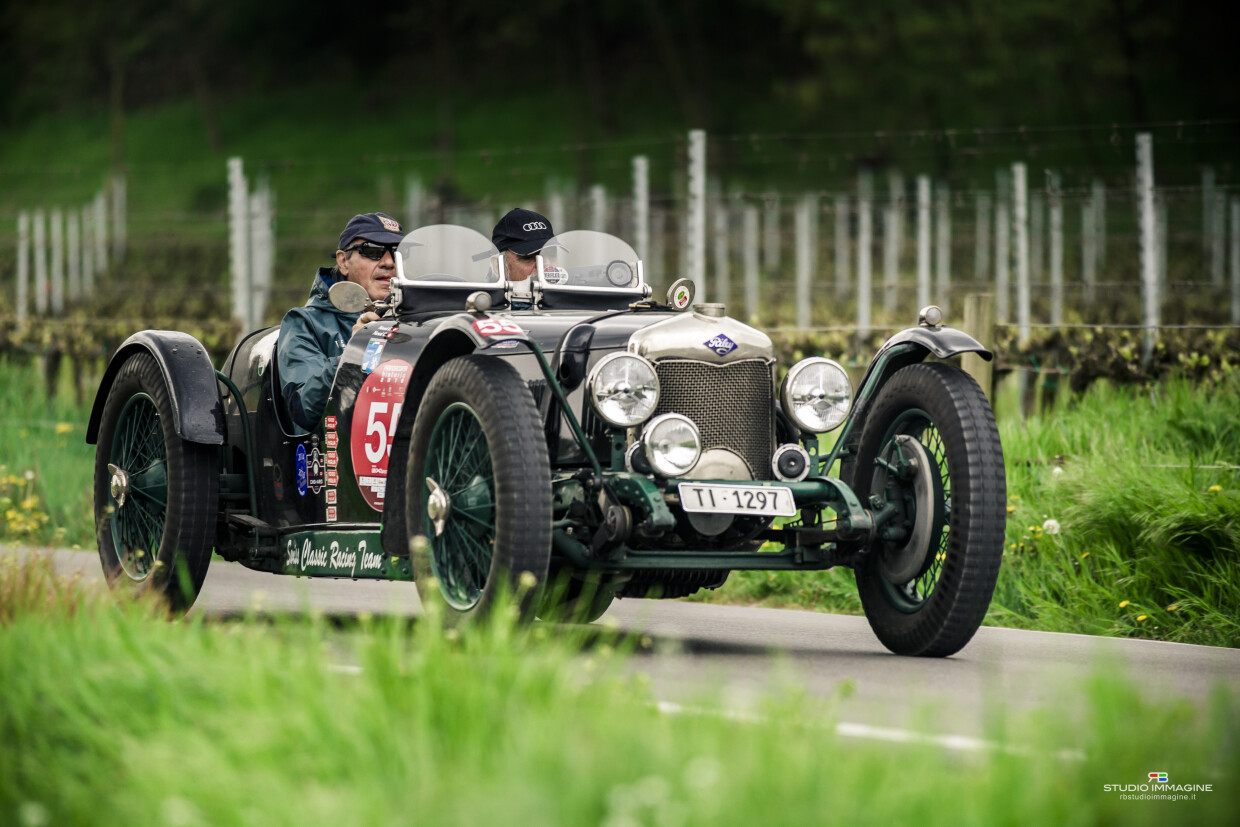 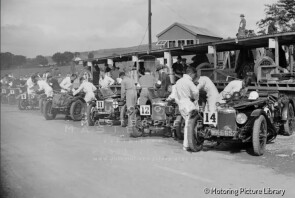 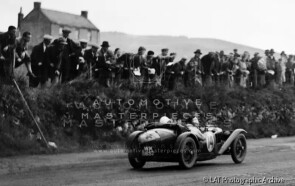 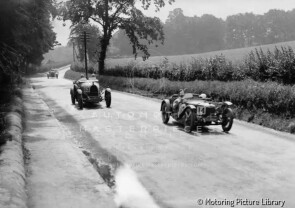 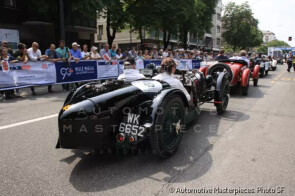 Share on
Owner Private collection
A prototype ex works specimen by Thomson and Taylor. It ran the 1928 and 1929 Tourist Trophies driven by Edgar Maclure. It was firstly registered by Percy Riley.

The Riley 9 HP was largely designed by two of the Riley brothers, Percy and Stanley. The older Percy designed the engine and Stanley was responsible for the chassis, suspension and body. Introduced in 1926, the Nine engine, was the most successful Riley engine, both in competitions and sales. Already at its debut the Riley 9 HP with its overhead camshafts and the hemispheric combustion chambers 1087 cc attracted the attention of racing driver J.G. Parry-Thomas. Together with his fellow Reid Railton he constructed a competitive racing car for the then popular 1100 cc racing class (Class G) with the racing stable of Thomson & Taylor producing a purposeful chassis. Numerous successes as generated instantly on the London circuit of Brooklands convinced Percy Riley to start production of a small series himself with the so called “9 HP Speed Model” then "Brooklands Speed Model" and finally just "Brooklands". The production Brooklands boasted a chassis shortened to an 8' wheelbase from the standard Nine's 8' 10.5" and was low-slung in the extreme. Body construction varied considerably, ranging from wood-framed, steel-panelled, two-door types intended for touring, to the lightweight, door-less, alloy ones used at Le Mans. The engine differed from the standard Nine's by virtue of its water pump, high-compression pistons, different camshafts, four-branch exhaust manifold and twin carburettors, in which form it produced around 50bhp at 5,000 rpm. About 110 vehicles were produced between 1927 and 1932, the first ones by Thompson & Taylor directly at the circuit of Brooklands, later ones at the works of Riley Motors in Coventry. The Brooklands was enthusiastically received by the British motor racing fraternity as it provided a most competitive entry into the 1,100cc sports car class (Class G), hitherto dominated by Continental makes. As well as the 1934 team award at Le Mans, Riley Brooklands successes included various Class G world records, a class win in the RAC Tourist Trophy, an outright win at the 1932 Ulster Tourist Trophy and victory in the JCC 1,000 Miles Race and countless other events at Brooklands.

Chassis 60/19 is a prototype ex works model built by Thomson and Taylor for the racing purpose of the Riley Engine Company. This ex works car ran the 1928 and 1929 Tourist Trophies driven by Edgar Maclure. It was firstly registered by Percy Riley on 20.07.1928 with plate WK 6652.