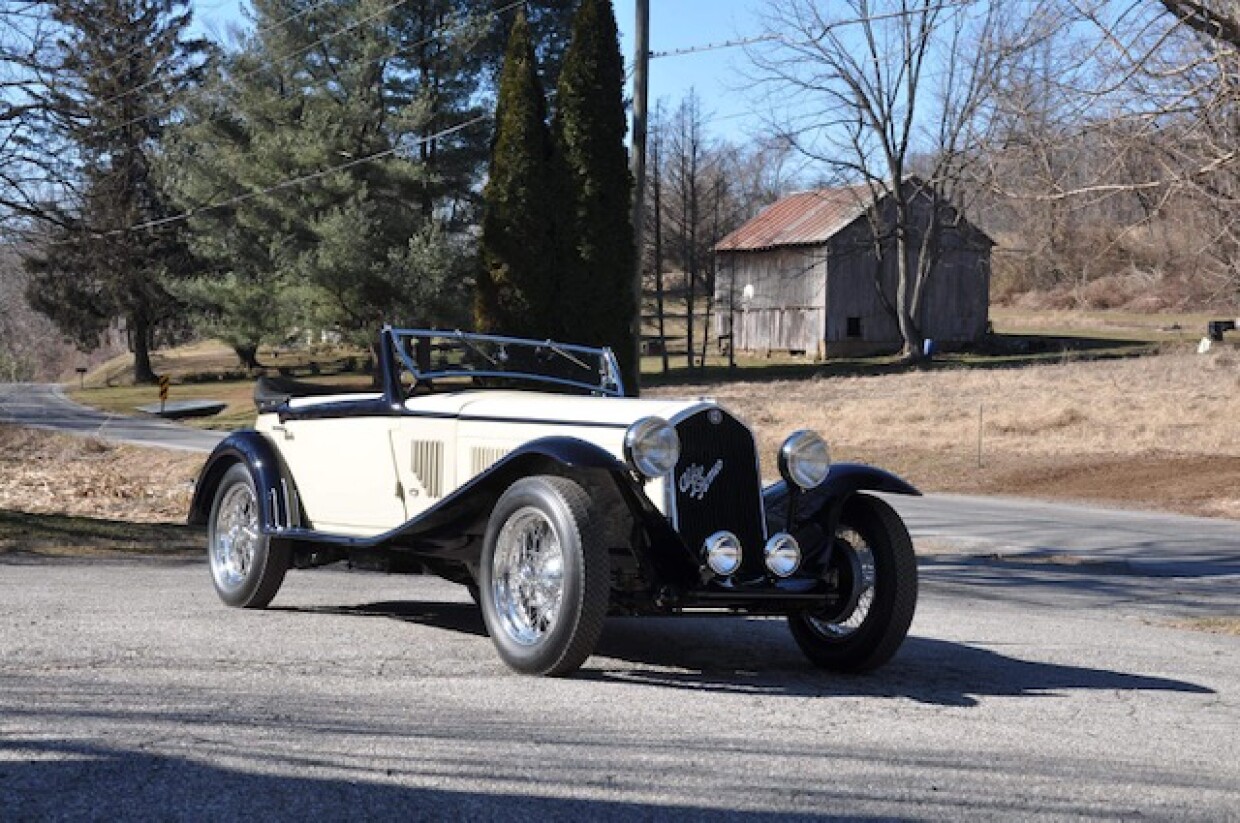 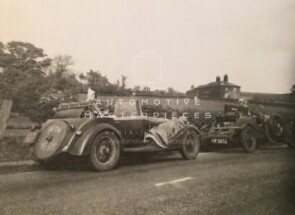 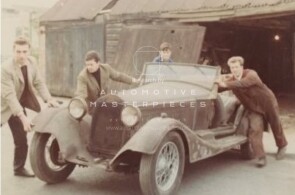 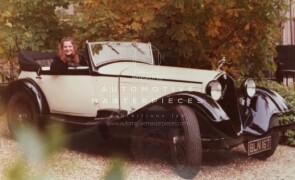 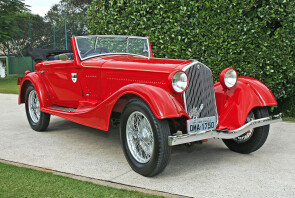 Share on
Owner Private collection
Sporty and stylish coachwork by Castagna, eighth example built. In the hands of the same owner for forty years. Restored with meticulous attention to details.

In the early 1920s Vittorio Jano received a commission to create a lightweight, high performance vehicle to replace the large and heavy RL and RM models. The Alfa Romeo 6C was a range of road, race, and sports cars produced between 1927 and 1954. The "6C" name refers to the number of cylinders of the car's straight-six engine. Bodies were made by coachbuilders such as Castagna, James Young, Pininfarina, Touring and Zagato. From 1933 a factory Alfa Romeo body, built in Portello, was also available. The car was introduced in April 1925 at the Salone dell'Automobile di Milano as the 6C 1500, since the 2-liter formula that led Alfa Romeo to win the Automobile World Championship in 1925, changed to 1.5-liter for the 1926 season. The production started 1927, with the P2 Grand Prix car as basis.
The more powerful 6C 1750 was introduced in 1929 in Rome. The car featured a top speed of 95 mph (153 km/h), a chassis designed to flex and undulate over wavy surfaces, as well as sensitive geared-up steering. It was produced in six series between 1929 and 1933. Base model had a single overhead cam; Super Sport and Gran Sport versions had double overhead cam engine (DOHC) and a supercharger was available. Most of the cars were sold as rolling chassis and bodied by coachbuilders. The 1750 quickly gained a reputation for winning. In 1929, it won every major racing event it was entered, including the Grands Prix of Belgium, Spain, Tunis and Monza, as well as the Mille Miglia, with Giuseppe Campari and Giulio Ramponi. In 1930 it won again the Mille Miglia with Tazio Nuvolari and the Spa 24 Hours. Total production was of 2635 cars.

This 1933 Alfa Romeo 6C 1750 Gran Sport, chassis no. 121215037 has a Castagna coachwork, finished in gleaming black and cream. It is the eighth example built, bearing production number 37. Sold to Rowland Cyril Kyrle Money in England, who was also a gentleman driver, he kept the car for almost 40 years. It was then literally barn-found and restored by Dr. Peter Burgess, who had it shipped to Australia in 1975 where it saw regular use until 1986, when it was cosmetically restored and the original cream and black two-tone color combination was changed to the archetypal Alfa Romeo red. The engine was also rebuilt by Alfa Romeo specialists Dickson & Plikington. Later Mrs. Diana Gaze, competed with it regularly, consistently winning her class in vintage events and participated to three events of the Targa Tasmania. Chassis no. 121215037 was then sold to a Brazilian collector in 1997 where it stayed for a decade before finding a new owner in the Netherlands in 2008 at a Bonham’s auction in Geneva. He decided to return the car back to its exact original factory specifications with a fresh restoration, with an attention to the originality, including the unique two- tone color scheme. The restoration was carried out by the Carrozzeria Touring in 2010. The car is now part of a private collection and is still matching numbers. The chassis number is stamped on the rear right hand side of the chassis, matching its correct original chassis plate. The engine number matches this as 121215037 on the engine plate and stamped into the crankcase. It carries contemporary and presumed original steering box number 12555041, and though difficult to distinguish due to valances the front axle appears to read 12*65045, all of which point to the car being mechanically as delivered new. Its gearbox number is 101025000, which may be an earlier replacement unit but is still correct for the period. It has an original Memini carburetor.