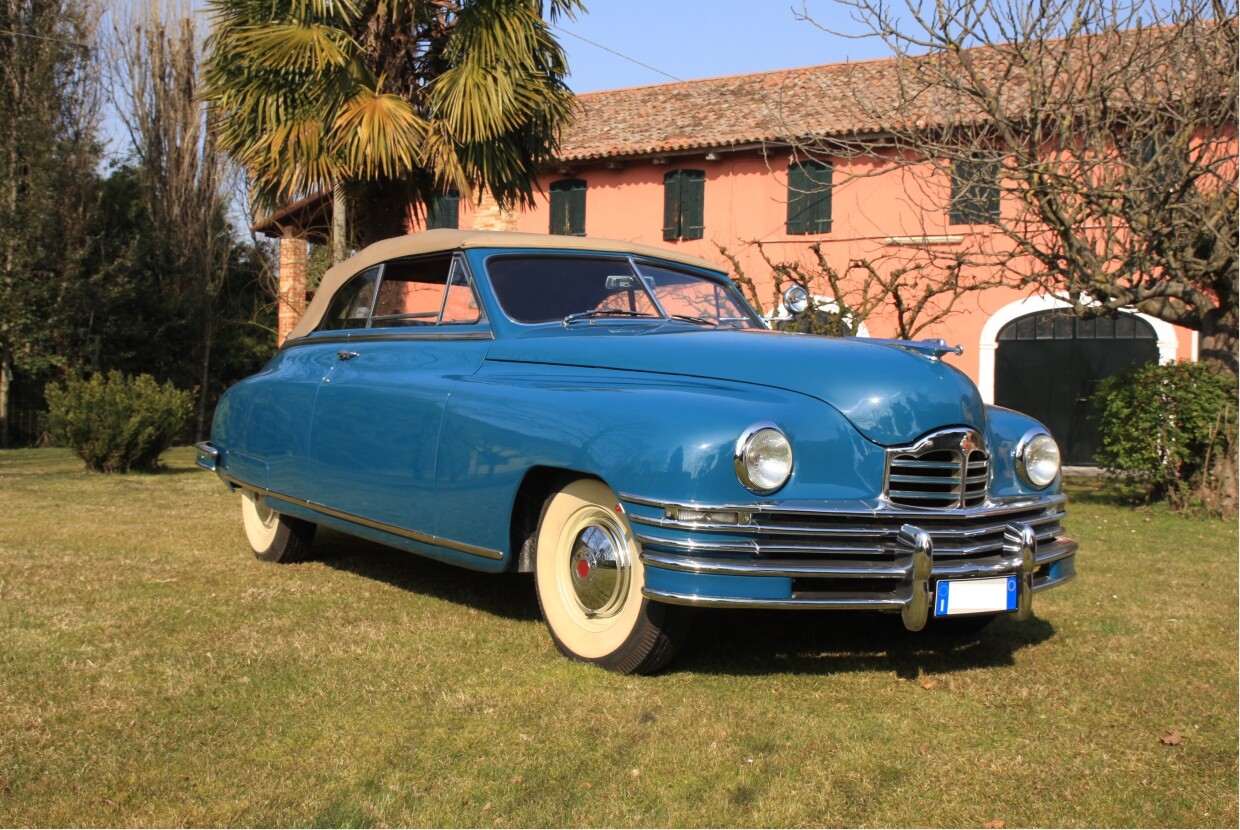 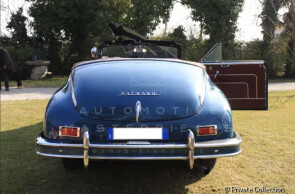 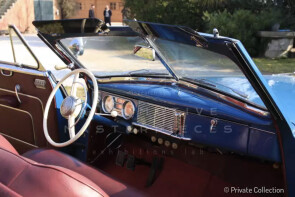 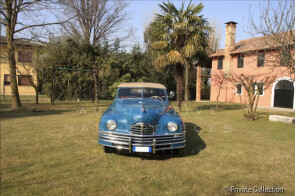 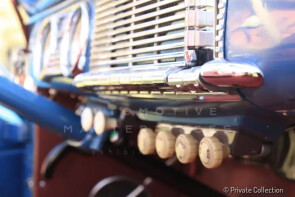 Share on
Owner Private collection
Purchased new by its first owner, a dutch industrialist, who lived on the Orta Lake. It remained there until purchased by its current owner, an Italian enthusiast.

Labeled the "Fashion Car of the Year" by the Fashion Academy of New York, the 22nd series Packard Super Eight Victoria Convertible was surely one of the most appealing cars of the famous American manufacturer. Introduced in mid-1947 as a 1948 model, the new Packard Super Eight was the evolution of the wartime 140 Clipper and was conceived to be a modern design, destined, together with the flagship Custom Eight, to mark the return of Packard to the civilian market. The new 22nd series Packards for 1948 were designed by Briggs Manufacturing Company's chief designer, Albert Prance. He led its team of stylists to design a wonderfully smooth and plump bodywork while retaining the distinctive and remarkably elegant grille, which was shortened to give the cars a bolder look. The Super Eight, with its 145 bhp L-head inline eight-cylinder engine of 327 cubic inches (5,35 liters), ensured a powerful and smooth operation, which proved to be quite appealing for luxury-car motorists. Its styling ensured a good success in Europe, and despite being labeled "controversial" by the Marque purists, it received numerous awards in Caracas, Monte Carlo, Sofia and Luzerne. The Victoria Convertible was the first version of the new Super Eight to be manufactured by Packard and between 1948 and 1950 only 4,250 were built before the model was replaced by the 400 in 1951. Power was transmitted to the rear wheels via a 3-speed manual gearbox with overdrive, and comfort was ensured by its independent front suspension and a traditional live rear axle with semi-elliptical springs. Features like power windows, power top and power seats ensured manners for a world-class automobile.

This particular 1948 Packard Super Eight Victoria Convertible has been bought in 1948 in the Netherlands by Willen Veldwijk, an entrepreneur. This Packard was probably bought alongside another Super Eight, a Touring Sedan, which was supposedly used as a "winter" automobile. In the early 50ies, Veldwijk moved with his wife to Miasino, a small town in Northern Italy, close to Orta Lake, where he took up residence. He traveled south with both cars, one of which was driven by his wife and started a new baby high-chair Company with an engineer from Orta San Giulio. Unfortunately, after having had all his money and project stolen by his partner, the loss of his wife and being unable to return to the Netherlands, Willen Veldwijk continued living in Miasino in almost complete poverty. Due to the impossibility to find spare parts and to the lack of funds, the two Packards languished in the backyard of his house, never to be driven again. The Victoria Convertible was sold in 1989 to the present owner who begun the meticulous restoration works, which brought back the original shine of one of the most prestigious American cars of the 1940ies and 50ies.