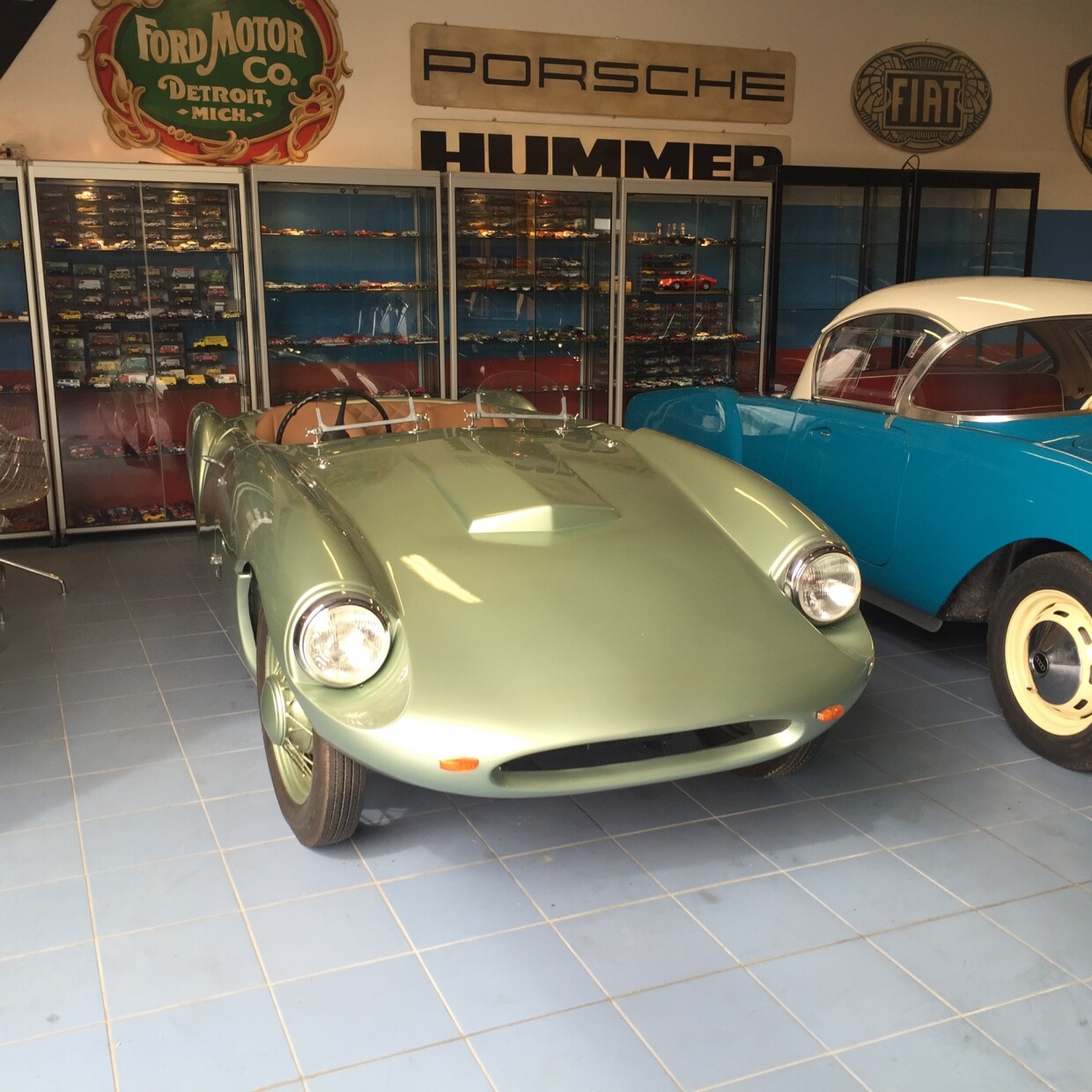 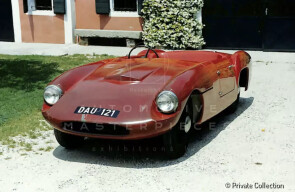 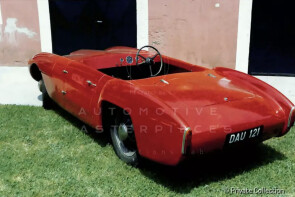 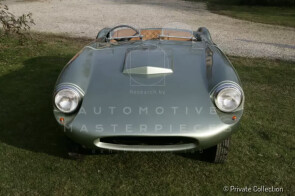 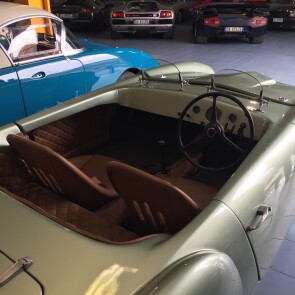 Share on
Owner Private collection
One of a low production series, built in 1960 as a sport convertible, with fiber-glass body on a shoebox Ford 10 basis. Stored for most of its life and recently restored/finished; so, practically brand new.

The Ashley 1172 is a fiber-glass bodied roadster built on the chassis of the Ford Model C “Ten”, fitted with the sidevalve 1172 cc Ford engine.
After the war, there was a shortage of cars and the priority was the export market. One way to get a new-looking vehicle was to buy an old Austin 7 or small Ford, remove the body and put a new fibreglass sporting one on it and you had your own sportscar, generally referred to as a special. Glass fibre was obviously a new material then and the specials industry exploited its lightness and suitability for low-volume car body manufacture.
Ashley Laminates were formed by Peter Pellandine and Keith Waddington in late 1955, after the two friends had designed and built their first car using the new medium called fiber-glass to construct the bodyshell. The two set up a small factory at the Robin Hood roundabout at Loughton in Essex and started to produce shells in January 1956. The first shell, later to be called the Ashley 750, was based on the Austin Seven chassis. Shortly after the 750, Ashley introduced their next shell, the sports racer. Peter Pellandine was to take with him the mould for this shell and also the mould for the short wheelbase 750 when he was to leave Ashley to form Falcon before the end of 1956.
It wasn't until August 1958 that Keith Waddington was able to launch his next shell, the 1172. Designed initially as a roadster with detachable hard top, for the Ford 8 and 10 hp chassis of 7’6” wheelbase, for which there was now a large market. From early 1959 a fixed head coupe shell was available and from January 1960 the 1172 was also available for the 7' 10" Ford Prefect chassis and of course any chassis of similar dimensions.
In November 1960 Ashley announced what was to be the last new body shell, the Sportiva. Body shells were available for a few more years but after Keith s death in the mid-sixties only the vast range of bonnets and hardtops were advertised and the company was wound up in 1972.

The Ford Model C Ten is a car built by Ford UK between 1934 and 1937. It followed the Model Y, that was the first Ford automobile specifically designed for markets outside the United States, replacing the Model A in Europe. The “Ten” moniker came from its 10 British fiscal horsepower. The car was also assembled in Spain and in Germany, where it was named Ford Eifel. The car used an enlarged version of the side valve engine fitted to the Ford Model Y, brought to 1172 cc, by increasing the bore from 56.6 mm to 63.5 mm but keeping the stroke at 92.5 mm. A standard engine would produce 30 hp at 4000 rpm. This engine became a favourite for many engine tuners after the WWII, used by several sports car makers including Lotus Cars and remained in production until 1962. The Ten’s suspensions were traditional Ford front and rear transverse leaf springs with rigid axles, a system little changed since the Model T. A three speed gearbox was fitted. The car could reach 70 mph (110 km/h) and covered 35 miles (56 km) with an (Imperial) gallon. The Ford Model C Ten was “updated” by the Ford 7W Ten, built by Ford UK between 1937 and 1938.

Chassis no. C57403 is a 1960's Ashley 1172 Roadster. Stored for most of its life and recently restored/finished; so, it’s practically brand new. The donor car was first registered at Nottingham C.B.C in 1936 and the chassis No. confirmed was of a Ford (Model C) 10hp. The car is identified by its UK plate DAU 121. None of the Car Registration websites have DAU 121 listed, neither is listed by the UK Ashley Register, so it appears to have been unregistered in UK since the late 1970's. The old registration certificate shows that in February 1956 the donor car was owned by mr. Michael Collier of Iikeston Rd, Radford, Nottingham. If he started the Ashley conversion or not is unknown. The cockpit instruments are the original Ford “C”, as well as the spoked wheels. During the years, the fiber-glass body remained good as the car appears to be stored since 1960. No seats have ever been fitted and the car looked almost unfinished. There was surface rust all around but all was sound; the engine too. Pictures in may 2002 show a red body colour on the car and much work still required on the interior and engine bay. The first batch of after photos were taken in September 2004 and show a light metallic green body colour on the car and a completely upgraded interior cabin space. A second batch of photos, dated January 2007, show more of the same with little extra work completed. The car completed and fully restored is now in perfect shape and part of a private collection. The number of produced cars is uncertain; chassis no. C57403 is one of 36 Ashley 1172 Roadster known (and about 10 others with very few information about), surveyed by Ashley Laminates Sports Car Registration Index.