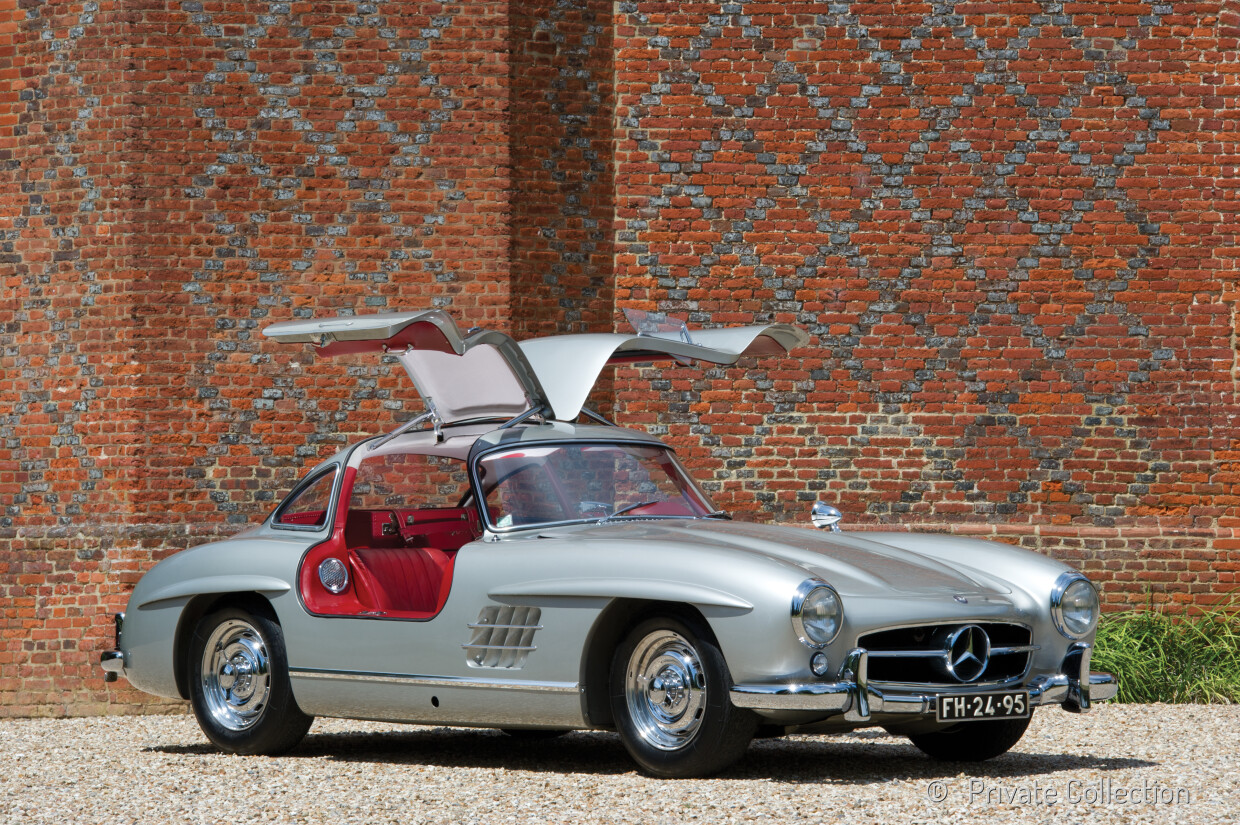 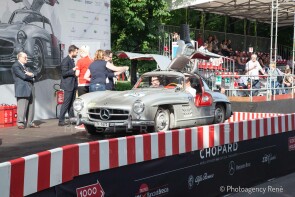 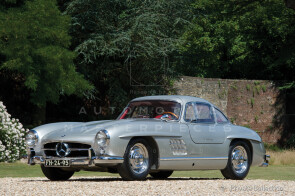 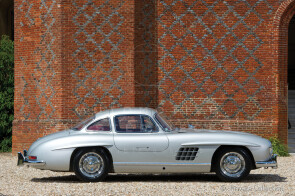 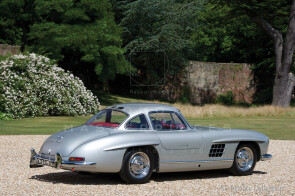 Chassis no. 198.040.6500296 was delivered new on 4 December 1956 to Southern California. It was originally painted Black DB40 with a Rot mit MB-Tex cream, or red and cream plaid, interior, and it was once part of the noted collection of Don Ricardo, the NBC Orchestra bandleader who, prior to his passing in 2001, was the premiere Mercedes-Benz collector on the West Coast of the United States. Ricardo’s astounding collection included an all-original 500 K, which he drove regularly in Los Angeles, and a 1913 Benz, as well as many gullwings, one of which he had raced at Bonneville. Ricardo’s ownership is the highest mark that one can stamp on a 300 SL Gullwing. After leaving the Ricardo fleet, this car was acquired by Dick Smothers, who, with his brother, Tom, formed the popular musical comedy team of the Smothers Brothers. The Smothers brothers had diverse interests, investing their screen income into a winery and a carefully chosen collection of wonderful cars, amongst which was this 300 SL. It eventually left the Smothers stable and made its way through several collections in Switzerland and England before it reached a Mercedes Benz Collection in Portugal.