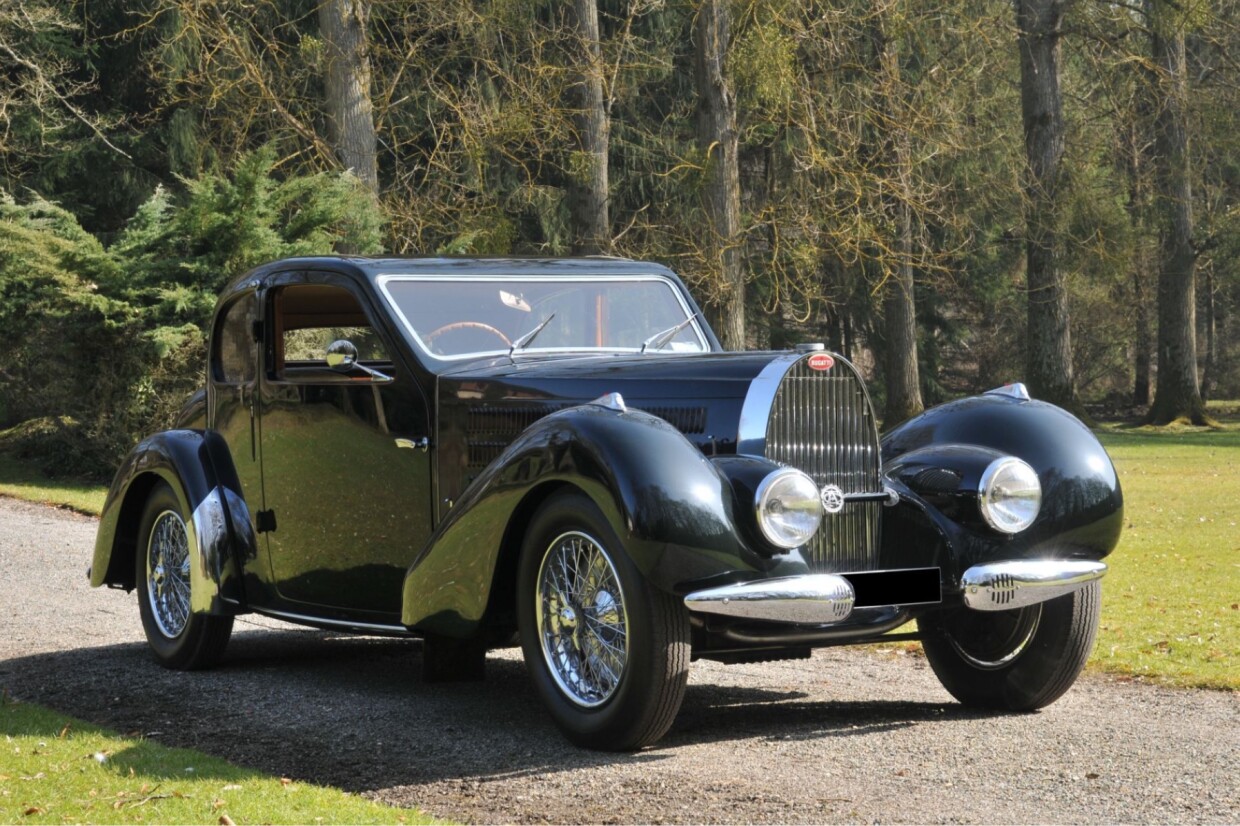 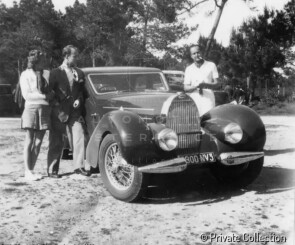 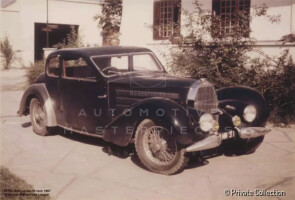 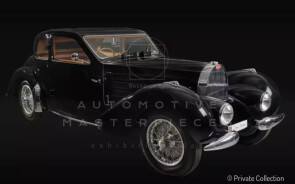 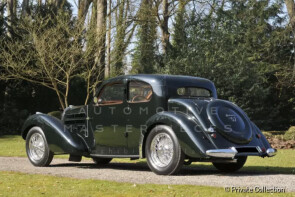 Share on
Owner Ion Tiriac (RO)
It was one of the last ten examples of this model to be built. It was used for demonstration drives during the 1938 Paris Motor Show at the Grand Palais.

The Bugatti Type 57 was unveiled at the 1934 Paris Motor Show. It was the only Bugatti model to be produced in S, C, and SC versions at the factory in Molsheim before the war. The Type 57S (Surbaissé version) was first introduced in 1935 and was a more sporting version of the car first released in 1934. Type 57C was a Roots type supercharger and type 57SC the most exclusive that combined the elements of the 57C and 57S. The Bugatti Type 57 was the first new model built under Jean Bugatti direction and it incorporated many features new to Bugatti. Its dual overhead camshaft eight-cylinder engine had dimensions of 72x100mm, offering 3,257cc displacement. It quickly grew a reputation for low noise and vibration from the engine. The crankshaft ran in five main bearings. The camshafts were driven by a train of helical-tooth gears at the engine's rear with a further crankshaft bearing behind them. Finger cam followers minimized side thrust on the valve stems. The Type 57 also marked Bugatti's first use of a transmission fixed to the engine crankcase and a single plate clutch. The top three gears in the four-speed gearbox were constant mesh. There were four-bodystyles offered and their names were in honor of the Alps mountain peaks: Atalante two-seat coupé, Ventoux four-seat coupé, Stelvio cabriolet and the Galibier sedan vied with the best of France's and Europe's formidable coachbuilders' creations and comprised the bulk of Type 57 production The most exclusive body fitted to the Type 57 was the Atlantic which was penned by Jean Bugatti on the Type 57SC chassis. The Type 57 can certainly be considered the most celebrated non-racing Bugatti ever built. Various coachbuilders built individual creations. The Type 57 proved to be Bugatti's most successful model, at 630 cars produced of the standard version and 40 of the Surbaissé version.

The most popular of all Type 57 Bugattis was the Ventoux model. It was a 2-door 4-seater sport coupe (or "coach" as the French called it) with a name derived from the Mont Ventoux, a mountain in the French Alps. Also this body style was introduced in 1934 and only available on the standard chassis. The Ventoux body style had seating for four and two doors. Its design, such as raked windshield, was borrowed heavily from the Type 50. All of the Ventoux bodystyles were created in-house, by Jean Bugatti. The body of the first series Ventoux, was a clear evolution of the Type 50 coach profilé, a striking design of Jean Bugatti on the 5-litre engine chassis from the early 1930s.  Most noticeable features of this profilé type bodywork were the very raked front windshield and the notched rear end. A second series was introduced in 1936 and featured a redesigned chassis which accommodated a more flexible engine mounting system. Though the visible differences between the first and the second series were relatively limited. The third series of the Type 57 chassis became available late in 1938 and provided updated mechanics. Later series Ventoux usually featured headlights faired into the front fenders. Also the fenders are more rounded and flowing than those on the early series.

Chassis no. 57704 was one of the last ten examples of this model to be built. After the Paris Motor Show in October 1938, the Bugatti workshop stopped making Ventoux with 2-door, four-seater bodies. Production was reduced to the assembly of the 1939 Galibier saloon model. Gangloff was in charge of building the 2/3-seater Aravis and 4-seater Stelvio cabriolets. Approximately thirty of these models were produced before war broke out. Thus, the 1939 programme commenced after the production of the ultimate factory Ventoux models. From September 1938 to January 1939, the construction of the last Ventoux took place as follows: 4 cars in September (757702/500 - 57704/503 - 57758/54C - 57656/55C), 3 in October (57755/56C - 57722/508 - 57720/509), one in November (57724/523), two in December (57721/ 521- 57776/71C) and the final one in January 1939 (57730/ 531). This Ventoux, chassis no. 57704, engine 503, left the factory body workshop on 8 September 1938. The coachwork was painted " gris La Baule, intérieur cuir Havane " (grey La Baule, tobacco leather interior). The car was sent to Paris by train on 14 October. It was used for demonstration drives during the 1938 Paris Motor Show at the Grand Palais. There was no Coach Ventoux shown on the Bugatti stand as production was to cease.
After the Paris Motor Show, 57704/503 was then repainted in olive green and used as a demonstration car at the Bugatti showroom on 46 Avenue Montaigne. This stunning Bugatti Ventoux is fitted with a rare sunroof, luxurious upholstery and certain bodywork details that emphasise the extraordinary Bugatti design. The car was restored by the master coachbuilder Henri Chapron, in 1969. The chassis and mechanical components were entrusted to Fernand Lacour. The restoration project was supervised by Christian Huet. After two years work, Bugatti left the Chapron workshop in December 1971. Today this particular unit registers only 70,532 km on board.
Chassis no. 57704/503 was the 155th Ventoux built of 164 produced, as part of the third series.