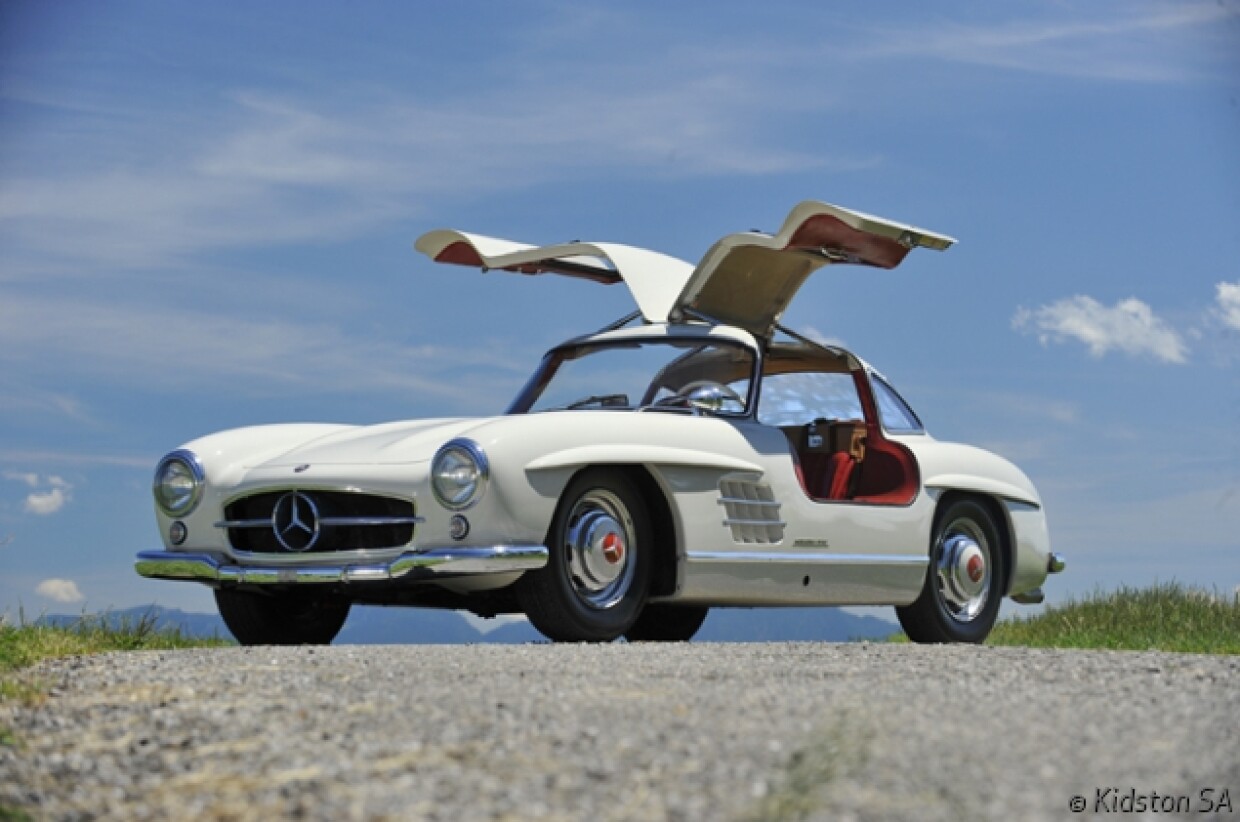 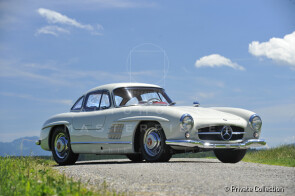 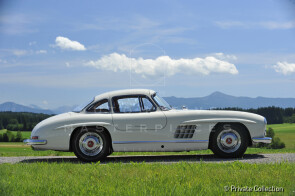 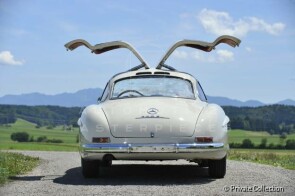 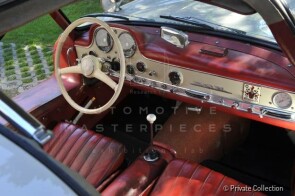 Chassis no. 1980405500611 is a very special Gullwing. Ordered new by Munich architect and artist Bert Linke-Wachwitz (1908-1985), it was specified with understated DB158 ‘white grey’ paintwork and red leather upholstery piped in black, rarely found on a Gullwing. The driver’s seat cushion was slightly higher, two fitted suitcases were requested, and the wheel hub cap centres painted red to match the cockpit trim. The combination of these features makes for a particularly striking and handsome motorcar. Following delivery on 12th August 1955, and according to the authoritative Gullwing Group Register, the car later passed to another Munich resident, Gunther Moritz, before importation to the warmer climate of Brea, California, in 1966. The next owner was Gerald Earnest Hansen of North Hollywood, before the car returned to Europe in the hands of Claes Goran Hammergren of Boras, Sweden, before the current private owner. Perhaps most remarkable is how almost 60 years after delivery to Mr Linke-Wachwitz, his distinctive Gullwing has never been restored.