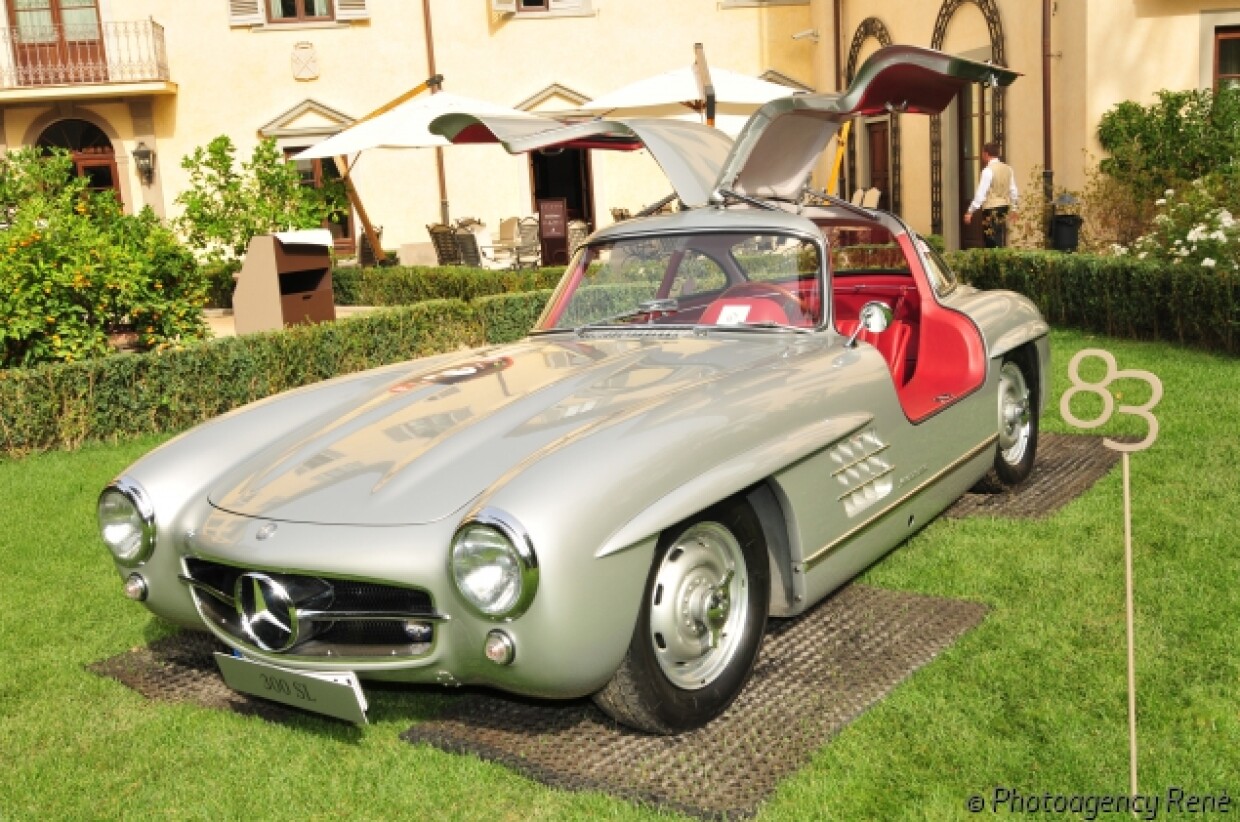 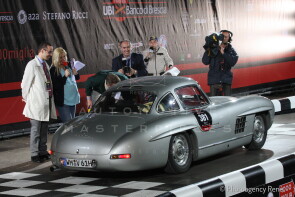 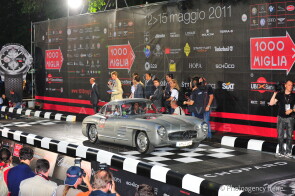 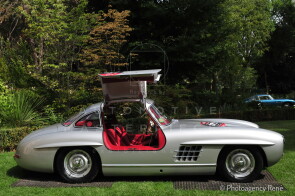 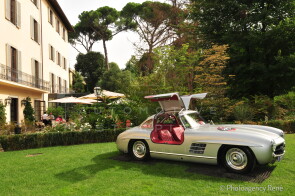 Share on
Owner Private collection
This car is the 14th of 29 Alloy Gullwing produced. It features extras like Rudge knock-off wheels and NSL special engine. Interiors are of special red leather.

Created to stay competitive in sports car racing, the 300 SL Alloy was made available by the factory upon special order soon after Gullwing production began. Of the 1400 coupes produced, only twenty-nine were built in the alloy body configuration, just 2% of the production. After the cancellation of the 300SLR program in late-1955, the Alloy Gullwings became the only remaining competition variant of the 300SL. The weight reduction of 200 lbs meant the alloy cars had a clear advantage on the race track. All of the windows, with the exception of the safety windshield, were made from perspex. This lighter body weight, in combination with slightly shorter competition springs and stiffer shock absorbers, allowed the car to have a lower center of gravity and roll center. Additional features included a sport camshaft, and knock-off wheels.

The W198 with chassis no. 198.043.55000383 is the 14th of 29 Aluminum Gullwing produced. It was delivered new to the Mercedes-Benz New York importer and sold to its 1st owner, Mr. Larry Steward of Cleveland (Ohio). It featured extra Rudge knock-off wheels and NSL special engine with racing camshaft, Bosch direct injection pump type PS6 R3, Bosch Venturi valve type EP/KL F3, all special for competition. Plus featuring special red leather interiors. It has a FIVA pass and participated to Mille Miglia re-enactments.