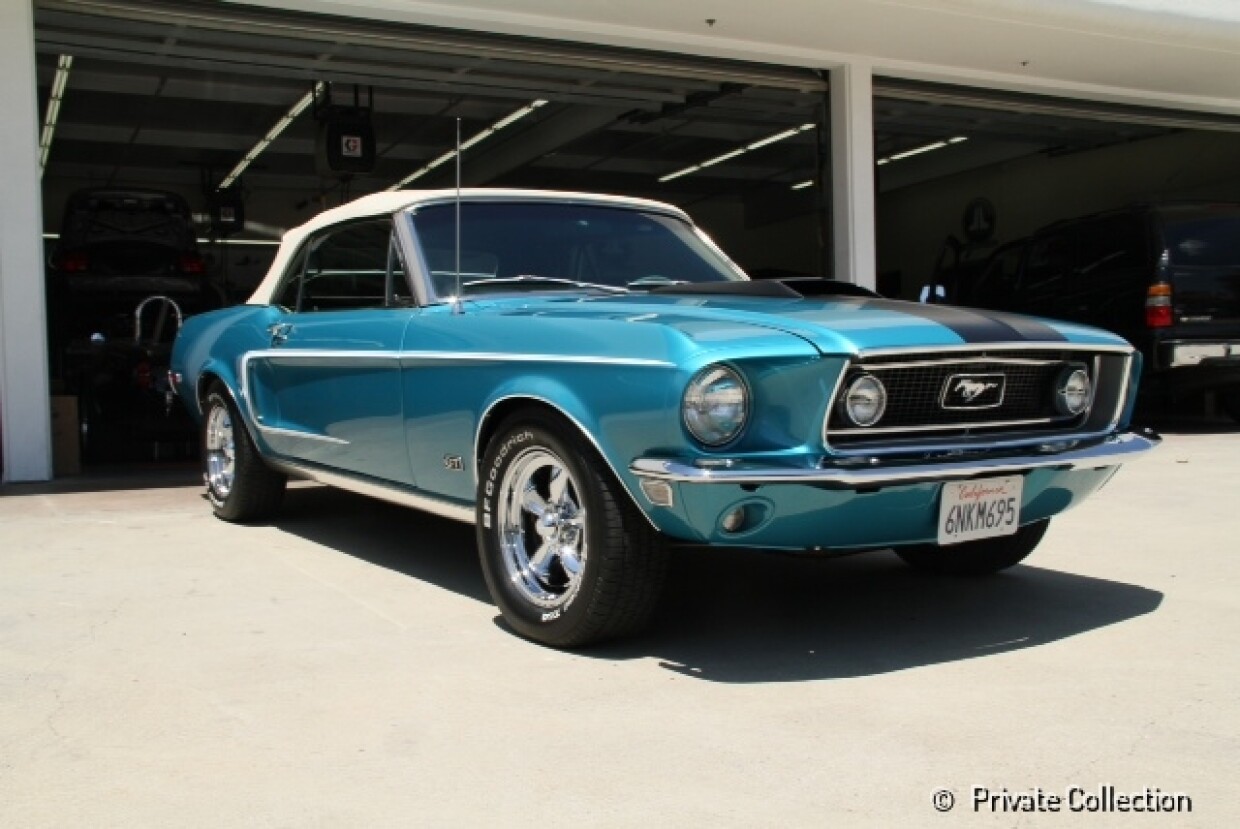 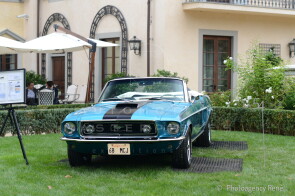 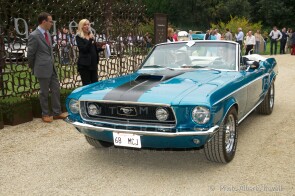 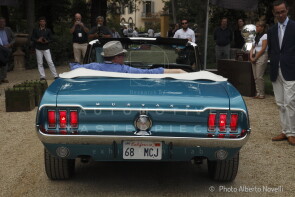 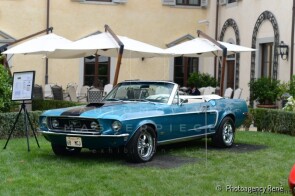 Share on
Owner Private collection
A mainstream model car but one of a kind: only one 1968 Ford Mustang Convertible was ordered painted in Gulfstream Aqua, with 428 Cobra Jet engine and GT set-up.

The Ford Mustang is an American mid-range and mid-size (for the USA) sports car produced by the US car manufacturer Ford since 1964. It is one of the best-selling products of the global automotive industry, imitated by many manufacturers and still today in production; its original structure was derived from the Ford Falcon. Strongly desired by the manager of the company at the time Lee Iacocca, it could be considered a small muscle car and one of the very first pony cars, equipped with a 2.8-liter engine, delivering a power of 105 HP; its name derives from that of the North American wild horses Mustang. From 1967 until 1973, the Mustang got bigger but not necessarily more powerful. The Mustang was facelifted, giving the Mustang a more massive look overall and allowing a big block engine to be offered for the first time. Front and rear end styling was more pronounced, and the "twin cove" instrument panel offered a thicker crash pad and larger gauges. Hardtop, fastback, and convertible body styles continued as before. The 1968 models received revised side scoops, steering wheel, and gasoline caps. Side marker lights were also added that year, and cars built after January 1, 1968, included shoulder belts for both front seats on coupes. The 1968 models also introduced a new 302 cu in (4.9 L) V8 engine, designed with Federal emissions regulations in mind.

About this example of 1968 Mustang. 317,423 Mustangs were built in 1968. Of them 25,385 had the convertible body and of them only 23 non-Shelby cars were fitted with the V8 428 Cobra Jet engine with automatic transmission. Only one was ordered painted in Gulfstream Aqua, just this car, which is also fitted with the GT Equipment Group, power convertible top, traction-lock differential, power steering and power disc brakes, among many other options.